International Eat An Apple Day 2022: Fun Facts About This Fruit

The third Saturday in September each year is designated as International Eat An Apple Day. September 17 is the date in 2022. We're inspired to go down on this crunchy, vibrant fruit on this day. Don't stop there; the aim is to eat one every day. That is how you keep the doctor away, as the adage goes. A Pembrokeshire adage that was first used in 1888 reads, "Eat an apple on going to bed, and you'll keep the doctor from earning his bread," which is allegedly the ancestor of the saying we use today. You guessed it right! It is: "An apple a day keeps the doctor away,". It came into existence in 1913.

The mention of apples commonly reminds us of the 'Forbidden Fruit' in the Garden of Eden. In Hebrew, the word "fruit" refers to a fruit that may have been the "forbidden fruit" in the Garden of Eden. Some possibilities are apple, grape, pomegranate, fig, carob, etrog or citron, pear, quince, and mushrooms. The tree of knowledge is described in the mythical Book of Enoch: "It was like a species of the Tamarind tree, bearing fruit which resembled grapes extremely fine; and its fragrance extended to a considerable distance. I exclaimed, How beautiful is this tree, and how delightful is its appearance!" The fruit is frequently associated with either grapevine or wheat in Islamic tradition. Likewise, In the Western Europe, the fruit was often portrayed as an apple. Perhaps, it sprang from a misinterpretation of, or pun on, two unrelated terms mălum, a native Latin noun that signifies evil, and mlum, a different Latin noun derived from Greek and means apple. Genesis 2:17 in the Vulgate reads, "but of the tree of the knowledge of good and evil" (de ligno autem scientiae boni et mali) (mali here is the genitive of malum).

Here goes another interesting connotation of apple. Males have a considerably more pronounced larynx, particularly a laryngeal prominence that connects to the thyroid cartilage in the throat. Due to the idea that the forbidden fruit got caught in Adam's throat after he swallowed it, it was afterwards referred to as "Adam's apple."

How many of us really scrutinise a simple-looking apple and ponder its fascinating chronicles?

The first recipe for apple pie

The first apple pie was created in the 1300s. This recipe, which has its roots in England, states that apple pie crust should not be consumed.

2019 brought the apples even more fame. As the Christmas season approached, NPR highlighted the Cosmic Crisp, an apple hybrid made from Honeycrisp and Enterprise varieties.

It will take two decades to eat all 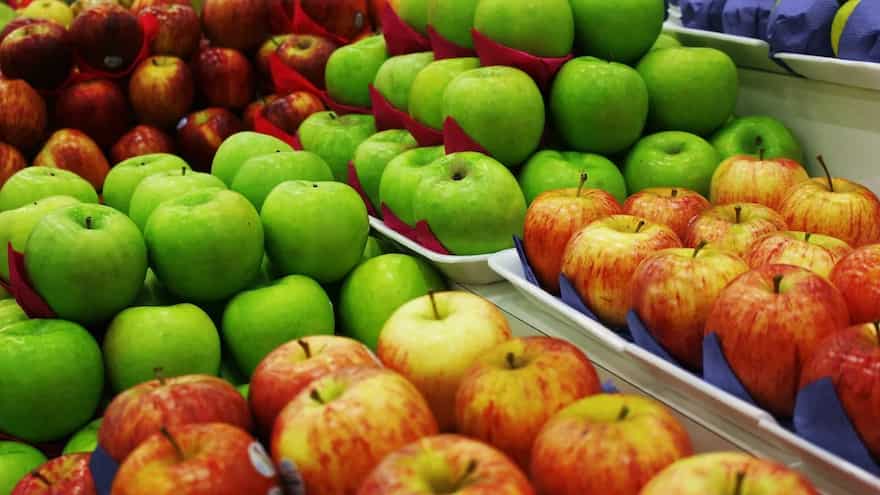 You need to eat nonstop for 20 years to try all the apple variants. Around the world, there are 7,500 different apple varieties grown. It will take you a while to finish them all.

Apples belong to the family of rose

Apple is taxonomically classified as a Rosaceae family member. Pears, plums, peaches, cherries, strawberries, and raspberries are also included in this group.

Most incredible collection of apple trees in the world

This record is held by the Plant Genetics Resources Unit of the USDA in Geneva, New York. In a 50-acre orchard, there are around 2500 diverse kinds of apple trees.

How to celebrate this day The ideal approach to observe this day is to start eating an apple of your choice. Try out different varieties, or eat apples with various toppings like peanut butter, honey, or maple syrup for a unique taste. Try out several delicious meals created from apples. Make Polish apple pancakes, sip apple juice or apple cider beer, or try apple pies.

On Children’s Day, treat your little one to this homemade healthy apple rosemary muffin