K. T. Achaya and his view on how Munda, Sanskrit and Tamil have shaped the way we talk about food. Which came first, orange the colour, or orange the fruit? This among many of your other burning questions can be answered by the expansive and fascinating field of etymology - the study of the origin of words and their development through history. Due to India’s ancient roots, the centuries leading up to the Indus Valley and the settlement of the Aryan civilization, tracing the journey of Indian ingredients back in time to identify their true origins becomes a painstaking task. But luckily for us, oil chemist, food scientist, nutritionist and food historian K. T. Achaya made that challenge his life’s work. Combing through ancient and medieval literature Achaya chronicled the evolution of almost every Indian ingredient and dish. His work spanned decades and even today shapes our understanding of Indian cuisine.

In his work, he outlines the influence of the Mundas, the early, Austroasiatic-speaking inhabitants of India. They were spread out all over the country and spoke a number of dialects which are now collectively referred to as the Munda language. The people of the Indus Valley civilization, later developed a language of their own although very little is known about it. Some hypotheses liken it to a Dravidian language while others trace its influence to Vedic Sanskrit.

Also Read: A Brief History of the Kitchen, The Heart of Your Home

The next major language of India was the one brought in by the Aryans who came in waves into the country from about 2000 BC onwards and written works from 1500 BC onwards. Their influence was the direct line to Sanskrit as we know it today. This also establishes Sanksrit as the world’s oldest language and most modern languages can – at least in some part  – be traced back to it. In the south of India, Tamil takes precedence as the oldest spoken language and it is known as the oldest language still in use in the modern world. However, the written literature of this early Tamil only survived from 200 BC onwards. Taking into account these languages, it becomes easier to understand the origins of our current gastronomic lexicon.

When the Aryans came to India, they began referring to the Mundas by a variety of reductive names such as ‘Nisada’. This word can be broken down into two parts, ‘nisa’, meaning turmeric and ‘ad’ meaning to eat, this is definitive proof that turmeric or haldi was used for consumption long before Aryan settlement. There were also other Munda tribes that were described and ‘Svanin’, (dog keepers) and ‘punjistha’ (keepers of fowl), proving that both dogs and fowl were domesticated at the time of their arrival. The modern word for turmeric – haldi – was derived from the Sanskrit 'haridra' which in turn was a Munda word, adopted into Sanskrit. 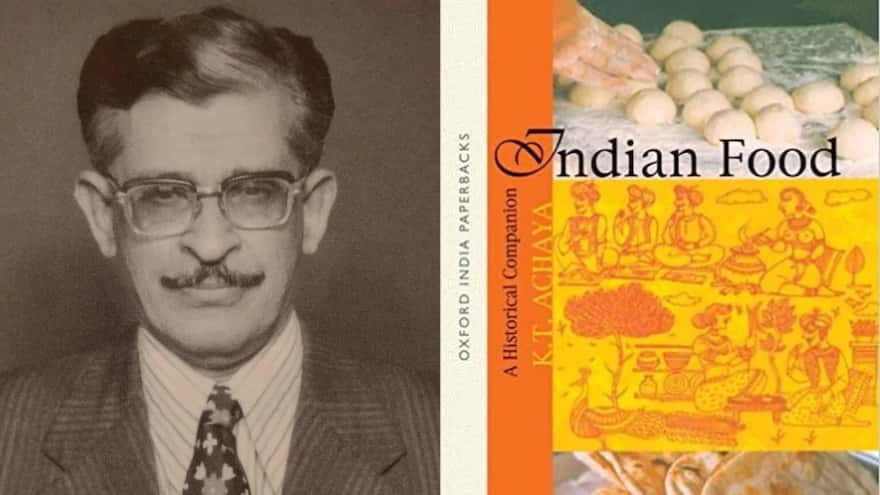 K. T. Achaya and his most influential work.

Another example of this is the word for lime. Originally ‘numbaka’, then ‘nimbuka’ and finally ‘nimbu’, which gives us a clear idea of its ancient origins. Both ‘thambula’ (betal leaf) and ‘guvaka’ (areca nut) were originally Munda words so we can conclude that the act of chewing gutkha is an ancient practice. There are many instances like this such as the Sanskrit words ‘chinchapala’ (tamarind), ‘injivera’ (ginger) and ‘vrntaka’ (brinjal) which are all direct descendants of Munda.

Rice, one of our mainstays also has a Munda history. The word ‘chaval’ which we still use today, is said to come from the phrase ‘chom-la’ which in turn comes from ‘jom’ meaning ‘to eat’. But we’ve barely touched on the extensive journey rice has taken yet. The Sanskrit word for rice ‘vrihi’ or ‘varisi’ gave rise to the Tamil word ‘arisi’ then travelled from South India to Europe and became ‘rice’. And what is rice without curry? In Tamil, the word kari means a dish cooked with pepper, so rice and curry sailed the seas together to take a bit of Tamilian to the world.

This is true of many other English words as well such as sugar – which was first developed in India – and originally called ‘shakkara'. And of course, we hold claim to mangoes from the Sanksrit ‘amra’, ‘oma’ or simply ‘ma’, from which came the Tamil ‘maanga’ and the English mango. The Sanksrit name for jackfruit, ‘panasa’ also came from Munda.

Sometimes these words from Munda, Sanksrit and Tamil also became broadened and used as a common noun. For example, the Sanksrit for gingelly oil is ‘tila’, and the oil from the sesame seed became known as ‘taila’, this gradually expanded in definition until it became the word for all oils in north india. In a similar way, the Tamil ‘nai’, originally meant coconut and later, coconut oil but today, ‘ennai’ us used to describe all vegetable oils, ‘nai’ for ghee and ‘vennai’ for butter. 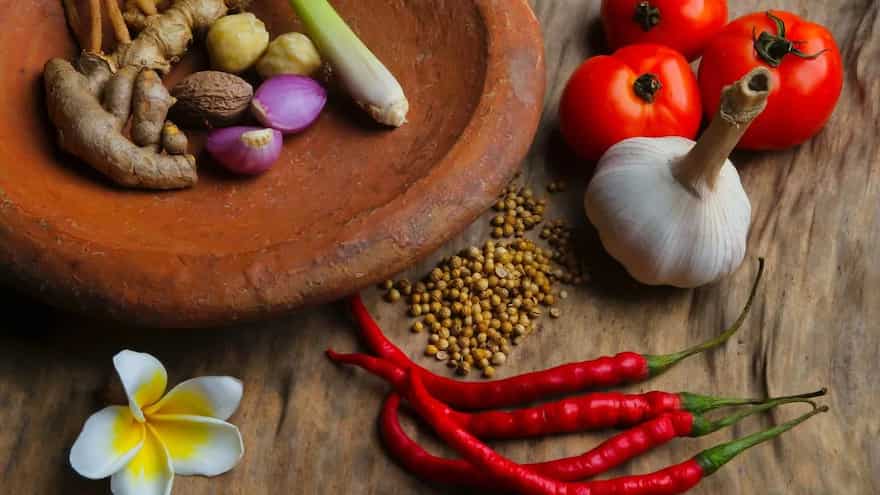 This phenomenon stretches beyond oils however with the Sanskrit ‘madhu’ becoming synonyms with anything sweet and the Tamil word for stale or outdated food,  ‘pulr’ became ‘puli’ and was then applied to tamarind and anything that’s sour.

Though this is just a small excerpt of history handed to us by K. T. Achaya, it demonstrates how language has been shaped by the way we eat and in turn, how language shapes our culture. While we are surrounded by processed foods and modernisation, it’s comforting to think that right now, we have some tangible links to ancient history sitting in our kitchens.

From The Indus Valley To Persia: A Look Into The Intricate History Of Naan

Avocado: Are You Aware Of The Interesting Etymology Of This Superfood?