I often wonder how the ancient kitchens were like and what were the utensils our ancestors were using? Let’s dive into the evolution of the kitchen to get a clear picture of it.

In India and a few other parts of the world, the kitchen holds an immense cultural and religious significance. Probably that’s why you may have noticed or found a few people taking baths before entering their kitchens and cooking barefoot. This certainly proves that kitchen is an auspicious place for many.

Nowadays, the kitchen has become a social spot for families which wasn’t the case earlier. Moreover, kitchens were constructed aloof of other areas of the household. It was considered that one should enter into the kitchen only after performing all other morning rituals. Over the past century, there have been constant innovations in kitchens that showcase our habits and lifestyle. I often wonder how the ancient kitchens were like and what were the utensils our ancestors were using? Let’s dive into the evolution of the kitchen to get a clear picture of it. Indian kitchens have come a long way. Initially, they were mostly utility-driven and involved cooking on an open fire. This changed over time and cooking on pits with fire took over. Later, in the ancient world only, masonry construction was done to hold the food and wood. By the middle ages, people started hanging metal cauldrons with food above the fire for cooking. This created too much smoke and soot that led to breathing issues. To prevent this, chimneys came into existence in the 16th century. 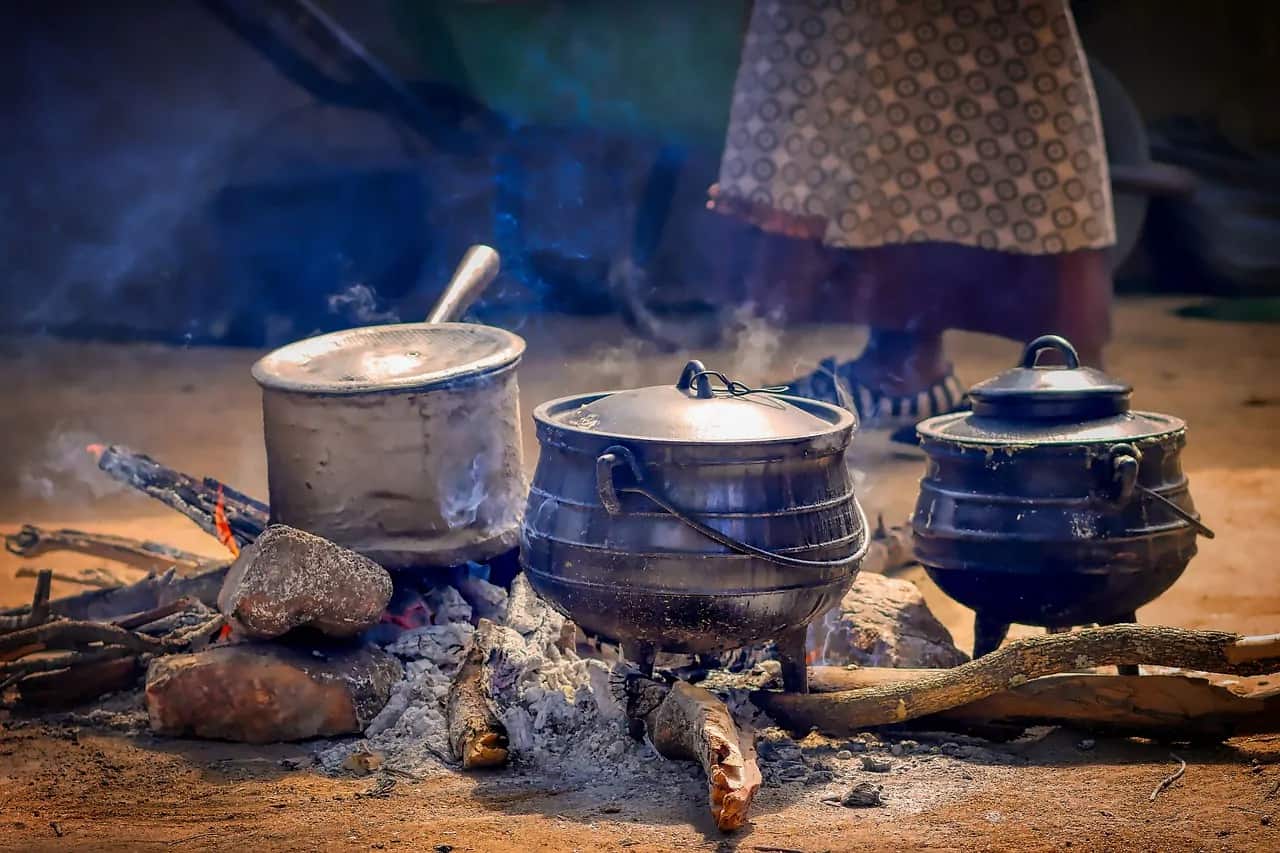 With time, various technological advancements started working on bringing efficiency and reducing labour in cooking. This resulted in the development of stoves that were fuelled by woods. French designer, Francois Cuvillies, in 1735, developed one of the earliest stoves called Castrol Stove. Later in the 18th century, metal stoves came into being. One of them (Franklin stove) was invented by Benjamin Franklin. This stove was meant for heating and not for cooking. It was characterized by a labyrinthian path for gases to escape.

Industrialization led to cheaper ways to come up with better technologically advanced cooking stoves and that’s what resulted in coal stoves. However, these couldn’t withstand high heat levels and needed to be replaced. Taking a note of it, in 1834, Philo Stewart designed an iron stove and named it the Oberlin Stove. It was easier to use and more efficient when compared to a fireplace. Unlike the Castrol Stove, the Oberlin Stove could enable record time cooking. Owing to the rise in the use of coal stoves, air pollution, deforestation, and other climatic changes became the cause of concern. In a bid to look for eco-friendly solutions, James Sharp, a British inventor invented a gas stove in 1826 which became the most commonly available ovens in domestic kitchens.

As we know, necessity is the mother of invention, the requirement of a more efficient and eco-friendly way of cooking food paved the way for electric ovens. In 1912, the Copeman Electric Stove Company received the first-ever patent for an electric stove.

Post the Second World War, the quality of life people enjoyed improved. Also, developments in technology and equipment used for cooking began to captivate the attention. The homeowners started tearing down their kitchens’ walls and making the cooking space cleaner, quieter, efficient, and better organized. From just focusing on making food tastier, the interest shifted to improving culinary skill and make food look presentable as well. Yet, by this time, kitchen utensils and appliances were not up to flaunt. The idea of a completely open kitchen came in the 1980s and is now selling hot under the name of contemporary kitchens. Working on a promise of a sustainable future, these designer kitchens are catching up fast with constantly moving lifestyles. For example – ovens are designed on health, energy, and time efficient grounds. There is a refrigerator to prevent the early decaying of food too. To grind ingredients in no time, a mixer grinder has become the common choice. A range of sleek appliances present in today’s contemporary kitchens scream indulgence for good.

There is no end to things you can create in your kitchen, not only food but memories seasoned with love too.