Eat A Hoagie Day 2022: Why This Sub Sandwich Hogs All The Limelight Today?

Hoagie a type of sandwich has debatable history. However, once you take bite, you would rather focus on its taste On September 14, National Eat a Hoagie Day celebrates a sandwich called a grinder, sub, or hero. Why was this date selected? No one has a concrete answer to it. So instead of focusing on it, let's try knowing the hoagies better. Hoagies are a type of sub sandwich. For many, they may appear unimpressive. But it's a source of pride and delight for the people of Philadelphia. The hoagie's roots are a topic of debate. Who invented it first, and whose hoagies are the best in the city? One such unusual celebration that honours these unique sandwiches in all their goodness is Eat a Hoagie Day.

Some claim that Chester is where the hoagie first appeared. The DiCostanza and DePalma families in eastern Pennsylvania appear to be at the centre of the dispute of its genesis. Both assert that they started preparing the sandwich in 1925, while one dates back to 1923. There is no proof to validate it.

In a different tale from the Philadelphia region, set during World War I, shipyard employees are seen bringing enormous Italian sandwiches wrapped in newspaper to work. The big sandwiches got the workers through their long, arduous shifts. The giant sandwiches were so large that the staff dubbed them hoggies since only a hog could consume one at a time.

Others contend that Emil's grocery shop and lunch counter is where the hoagie first appeared. According to the luncheon proprietors from Emil's, the hero was inspired by a sandwich they observed in Maine being cooked by an Italian woman. Later, they started making the sandwiches from scratch. There were a lot of hoagies being sent to the shipyard when World War II began. Every Wawa in Pennsylvania State sells hoagies, which are completely regionalised.

One tale almost literally speaks outside of the classroom. Once, a child skipped school, which eventually led to a full-size story around hoagies. A "hokey" sandwich may be purchased at a price a kid on the run could afford. In the past, skipping school was referred to as being "on the hook" or "playing hokey." Hokey in due course, changed to "hoagie," mainly if the kids were skipping school. 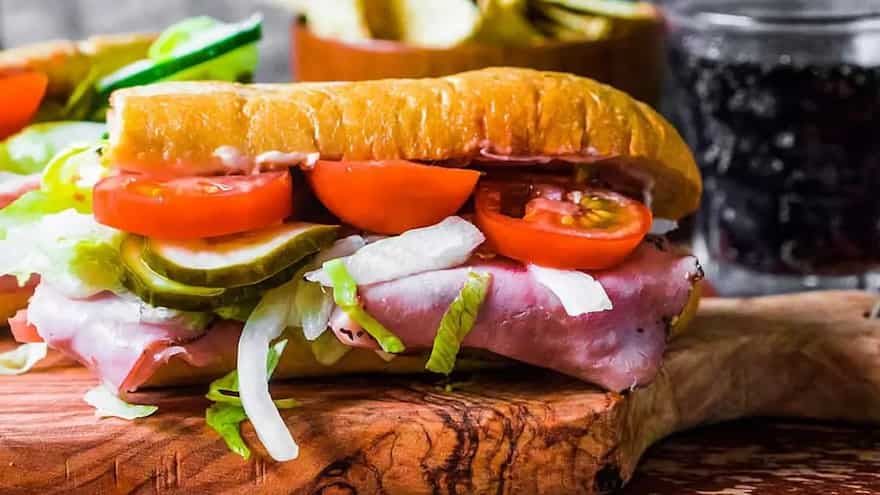 This dish is prepared with tomatoes, cold meats, cheese, pickles, olives, and onions for people with enormous appetites. It is then all stuffed inside an Italian bread loaf. Although there is considerable controversy among admirers of the hoagie about its origins, it is most definitely an Italian invention.

How to celebrate Eat a Hoagie Day?

Having a hoagie for lunch is the focus of Eat a Hoagie Day. You may take a break from work or simply want to eat something. However, everyone who eats a hoagie enjoys it, especially those who live in the Philadelphia region.

Add cheese, tomatoes, lettuce, onions, ham, salami, and other items to create your own hoagie. To make it authentic, purchase a fresh loaf of Italian bread from your neighbourhood bakery, grocery shop, or supermarket.

Beyond White Buns: Try These Buns For A Memorable Grub

Cities That Are Known For Their Burger-Obsession