After the prolonged period of festive eats, its time to flush the extra calories from the body with some detox drinks The festive season wouldn't be the same without delicious treats. Ultimately, we stuff ourselves with tasty dishes without considering the consequences. Don't start sulking. After all, we only get these celebrations once a year, so we deserve to indulge to our hearts' content. Sure is, wouldn't you agree? Nevertheless, get on to responsible mode and detox your body. Cleaning your digestive system after a series of festive soirees is just as crucial. A thorough cleansing and detoxification after the season will restore your energy and vitality and strengthen your body's defences in preparation for the months ahead. Few concoctions made with fruits, vegetables and herbs can help you get rid of the festive food overload.

Also Read: 5 Teas to Drink After A Heavy Meal To Help You Detoxify

Following the festive season, try one of these five detox drinks. Fresh watermelon, according to the research, may be beneficial. When you consider that mint also helps with digestion, you have an ally in your quest to cleanse your body and shed some pounds. Combine water with watermelon, mint, lemon, and ginger to make this refreshing drink. The end product is detox water that is both refreshing and cleansing. Drink this and remove the toxins induced by binge-festive eating.

Sip in some homemade apple punch

You can try some of this hot fruity punch, which includes apples, cinnamon, and other spices. Apple's juice has been shown to aid in the elimination of harmful substances. Cinnamon, on the other hand, has powerful anti-inflammatory effects. The anti-inflammatory and digestive benefits of ginger have been known for a long time. Antioxidants and vitamin C abound in oranges. Beta-carotene and fibre in carrots aid with satiety and digestion. To make orange and carrot juice, use two separate juicers. Combine the turmeric and ginger with the juice in a blender. Put everything in the blender and pulse for 30 seconds. Serve after straining. Do you need more evidence to know that this is a top-tier detox drink that can help you fight the adverse effects of your unhealthy diet? 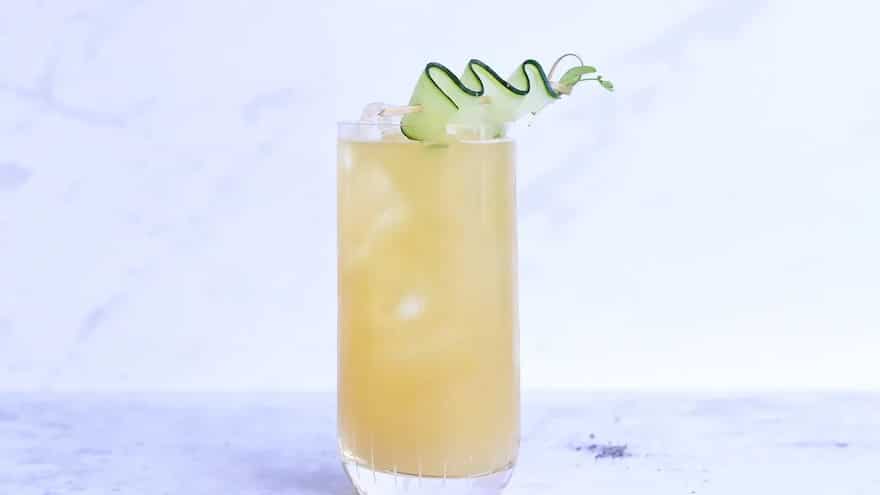 Drink with the goodness of cucumber, Image Source: Pexels

Cucumber will calm inflammation, and lemon's vitamin C will keep your immune system in top shape. In addition to feeling more hydrated and rejuvenated, you will also feel less bloated (if the bloating resulted from overeating). Cucumber lends a refreshing coolness to this detox lemonade, while raw honey adds a subtle sweetness. Put some diced cucumber in a blender with some honey-melting warm water, and then filter the mixture before adding some ice cubes and freshly squeezed lemon juice. Yummy, isn't it?

This drink will definitely refresh you, and its flavour and the number of health benefits it offers won't disappoint you. Mint is loaded with properties that can aid in the battle against the toxins already present in the body. It is believed that you can also use mint to help with gastrointestinal problems such as indigestion. Meantime, the Vitamin C content in the sweet-tangy Kiwi will do its bit to remove the toxins from the body.

There is minimal proof that these detox beverages eliminate toxins or rid the body of fat. Nonetheless, these drinks can have significant amounts of vitamins and other valuable elements. They are a delicious way to replenish lost fluids.

The best approach to using these beverages is as part of a balanced diet that also includes plenty of fresh produce, lean meats, and fibre-rich whole grains. You can aid your body's detoxification systems by doing all these things.

Kiwi Smoothie: A Perfect Navratri Smoothie to Detox Your Body