Nutrela nuggets or soya chunks are commonly used in many vegetarian dishes such as halwa, pulao, pakora to cutlets and more. Soya chunks are made from defatted soya flour that are considered to be highly rich in proteins, iron and calcium. They act as one of the best protein sources for non-meat eaters, that is not only considered to be healthy and beneficial for us but are also quite tender, delicious and succulent in taste. Increase your protein intake and make your homemade dishes more flavorful and wholesome by adding some of our recipes to your everyday cooking. Let’s get started! Bored of having your usual moongal halwa? Get a taste of this shahi nutrela halvathat is extra delicious and yummy. Treat yourself and your guests to this nutrela halva next. Get some soya chunks along with vadas to dunk in your thick and creamy dahi that will make your dahi vada more tasteful and satisfying. Spare less than an hour and try these at home soon. Time to get your hands on a desi snack. This recipe is made with chilli nutrela nuggets that are soaked in a mouth-watering gravy of chili garlic and soya sauce. We bet you’re going to love it. Sate your mid-day cravings with these crispy, fluffy and yummy Mysore bonda made along with nutrela nuggets. These Mysore bonda are sure to leave your guests impressed. 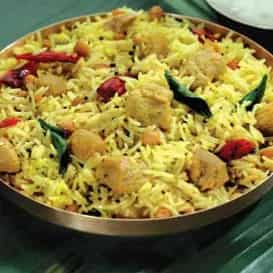 Pulihora is a tamarind rice dish that comes from Andhra cuisine. Soya pulihora is simply delicious and very easy to make at home. 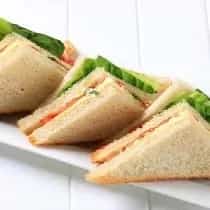 Coat your breads with mayonnaise and green chutney, fill them with lots of veggies and nutrela granules. With this, your soya sandwich will be ready in no time!