Vegan Dishes That Kourtney Kardashian And Travis Barker Swear By All thanks to the popular American reality television series Keeping Up with the Kardashians, one knows so much about the familial equations, lifestyles, and eating habits of the Kardashian and Jenner clans. While Kim Kardashian is a proponent of eating plant-based food, the eldest sibling, Kourtney Kardashian, swears by vegan dishes.

Kourtney is quite active when it comes to sharing her daily life moments on social media. Recently, the reality TV star and entrepreneur took to her stories to share a series of vegan dishes that she relished in LA. The businesswoman, who recently tied the knot with musician Travis Barker, took a trip to LA with her husband.

The founder of a wellness brand shared pictures of all the places and eats that are completely vegan-friendly yet delicious. One could spot French fries, topped with a thick red sauce and jalapenos. Next, was a picture of a pancake, layered with strawberries, blueberries and edible flowers. Maple syrup was kept on the side. Following this, there were some crispy jalapeno poppers which were deep-fried and crunchy. Finally, there was matcha latte in the last few pictures along with a mock-meat sashimi with salmon. 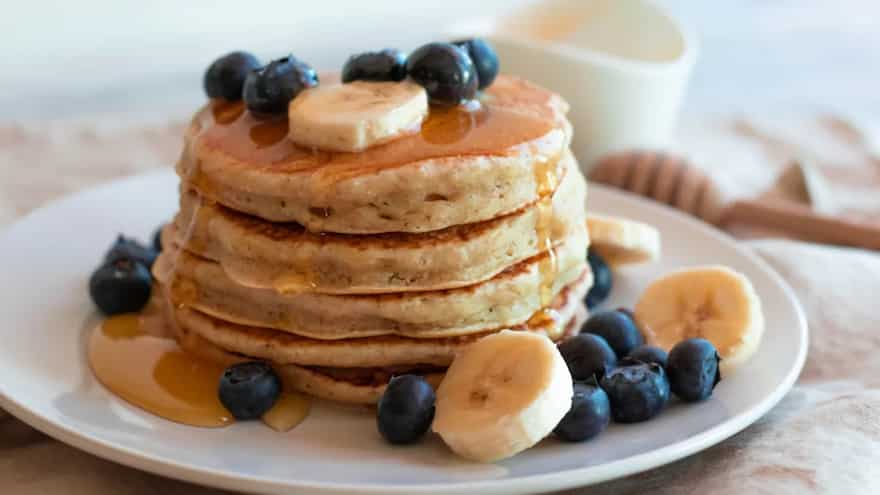 The ‘Kravis’ guide, as they called it, claims that these foods, while being vegan, don’t taste like them. Kourtney has also claimed that she has turned to veganism on a daily basis. A report by Eat This tells us that she starts her day with avocado and banana smoothies, along with vegan cinnamon toast or acai bowls. She also likes to eat clean and healthy on most days, except for some days when she cheats on her meals. During her wedding too, it was the pasta served for lunch that attracted a lot of attention.