‘Tragedy King’ Dilip Kumar Was A Foodie Too, He Loved Biryani

The legendary actor was also a fan of pani puri, kebabs, and vanilla ice cream

On legendary actor Dilip Kumar’s first death anniversary on July 7, a biography based on his life and virtues was released. While Dilip is known to be one of the greatest actors of Indian cinema, his techie and foodie side did not make it to the limelight quite often. In the book, titled Dilip Kumar: In The Shadow Of A Legend, the unknown facets of the late actor’s personalities find space. The author of the book, Faisal Farooqui, aptly sheds light on how much of a foodie the ‘Tragedy King’ was. Many such instances find a mention in his biography that will amaze one and all.

One thing about the legendary actor that is well-known is his favourite foods. Back in 2017, his wife, Saira Banu cooked two of his most favourite dishes to surprise him on his 95th birthday. Any guesses what that could be? It was a hearty plate of biryani and some vanilla ice cream right after, according to a report by a leading media publication. The simple and down-to-earth man wasn’t very fond of materialistic things but food was surely one thing that gave him happiness. Right from the rich and luscious curries to the basic homemade food, he ate everything with a smile on his face.

The late actor, as mentioned in his biography, also had an interesting incident with pani puri one time. While he loved eating street food, he would hardly step out to avoid crowding and inconvenience to the restaurant. However, one time he decided to eat at Taj Land’s End in Mumbai. After relishing pani puri with his friend, he asked for the bill and was refused. After a lot of insistence, he was reportedly presented with the bill, where he was stunned to find that one plate of pani puri cost him around ₹250 and his total bill was for ₹500. 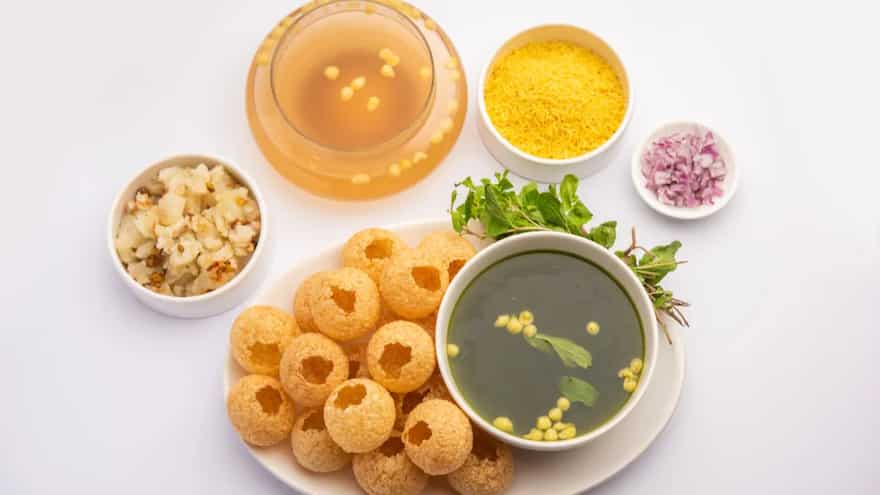 Despite his wealth and stature, the man knew the value of hard-earned money and the worth of each thing bought with it. Another incident revealed by a media publication tells us that the great late actor was also fond of fried fish. On a shoot for a film, he wasn’t feeling well and the director asked to cancel the shoot. However, Dilip did not allow the shoot to get cancelled and instead, ordered some fried fish for himself. He told the crew that he’d be okay after eating it.

Another interesting aspect of his personality was his fascination for Urdu. The actor loved the nuances of the language and often visited Lucknow too. There, he developed the taste for galouti kebabs, nihari kulcha and Dussehri mangoes. He also tried shareefa, aka custard apple, in the ‘city of nawabs’ for the first time and loved it, as per a media publication. The humble and philanthropic late actor wasn’t just good at method acting and commendable performances on screen, but liked to eat and cook too sometimes.

Birthday Boy Ranveer Singh’s ‘Jordar’ Foodie Side That We Love

Janhvi Kapoor’s Amsterdam Vacation Is All About Italian Food