Known for her bubbly personality, the Bollywood star is a foodie too Coming from a royal family, Sara Ali Khan is quite a stunner on-screen and off-screen. While her performances have swayed the hearts of many, it is her love for food that has connected the most with people. The 26-year-old actress switched to a healthy lifestyle post her weight loss journey and has maintained a routine ever since. From breakfast to dinner, she includes healthy foods in her diet like idlis, egg whites, and upma, along with loads of fruits and vegetables. In fact, recently, her nutritionist, Dr Siddharth Bhargava, also revealed that Sara likes to indulge in pasta. However, it was no ordinary pasta.

The pasta recipe shared by him was called Zucchini Pasta, but there was real pasta in it. The actress is quite fond of cheese and meat so this pasta recipe satisfies all her cravings along with limiting the intake of carbs and calories. Made with garlic-tomato sauce, the thinly-sliced zucchini works as a substitute for pasta which is filled with chicken pieces and lots of cheese. It is a high-protein pasta recipe that is perfect for a keto diet. However, when the actress is not in a mood to diet, she indulges in some of the most delicious Indian dishes.

Her go-to cheat meal foods include a double cheese-burst margherita pizza with loads of dark chocolate on it. Although this is quite a unique combination, she loves to eat this on her cheat days, according to a report by Curly Tales. She even revealed that a glass of mango milkshake just completes her meal and satisfies all her cravings. Talking about her favourite foods, Sara has often expressed her love for Chole Bhature. The popular North Indian dish is made with a deep-fried puffed-up bread, served with a spicy chickpea curry. Paired with pickle and some sliced onions, the actress loves to eat Chole Bhature when in Delhi. 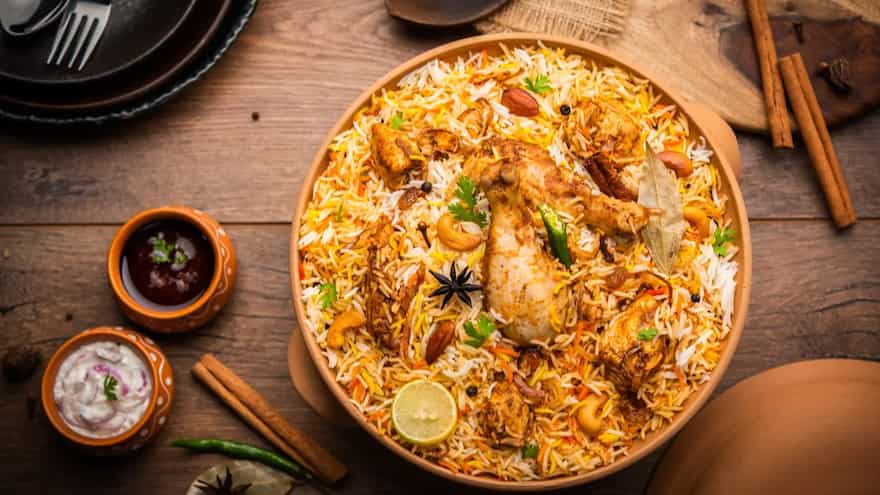 Not just that, the foodie from the Pataudi family also likes to enjoy a plate of Hyderabadi biryani any day. This doesn’t come as a surprise to us, given the fact that she is from the royal family. In fact, her love for biryani comes from her father, Saif Ali Khan, who is also an ardent fan of this one-pot rice dish. If this isn’t enough proof of Sara being a hard-core foodie, you shouldn’t have missed out on the 12-course meal that the actress was devouring with her mother in London some time back.

Sara Ali Khan Goes ‘Incognito’ With Her Caffeine And Protein: 3 Recipes Inside

Sara Ali Khan’s Colourful Morning In Istanbul With Her Cup Of Coffee: 3 Recipes To Try