One of the most well-liked cuisines in the world is Indian food. You may find everything in the country, from the rich north Indian gravies to the blend of light and hot south Indian curries. However, certain regional Indian dishes have yet to gain recognition among the more well-known ones. The Bihari cuisine, which is full of delectable delicacies, is the first to be added to this list. Bihar's cuisine shares many ingredients with both East Indian and North Indian cuisines. It is quite seasonal; fluid meals like watermelon and sharbat derived from the wood-apple fruit's pulp are primarily consumed in the summer, while dry foods like sesame- and poppy-seed-based dishes are more frequently taken in the winter. Litti chokha, a baked salted wheat flour cake filled with sattu (baked chickpea flour) and a few unique spices, is a common dish in Bihari cuisine. It is typically paired with baigan bharta, a dish made of roasted eggplant (brinjal) and tomatoes. Dairy items, such as ghee, lassi, butter, spicy buttermilk (known as mattha), and dahi (yoghurt), are regularly consumed all year long. Some of the most mouthwatering foods you will find yourself gorging on as soon as they are placed on the table include dahi choora gur for breakfast or Bihari fish curries for lunch.

Here are some Bihari snacks you can relish for tea time-

While Sattu, a staple item in Bihari cuisine, is made from this modest kala chana itself, it retains a lot of prominences and is utilised in many cuisines! Bihari cuisine's bachka is a delectable delicacy that is comparable to the pakora that North Indians typically eat throughout the winter and monsoon season. Most Indians have a fondness for pakoras, which they love to consume with hot tea or occasionally even coffee! If you enjoy trying new things, here is an intriguing new method for creating pakoras at home using the traditional dish known as bachka. Although traditionally made with potatoes or brinjal, this delectable dish can be made using onions, kala chana, gramme flour, and a few spices. 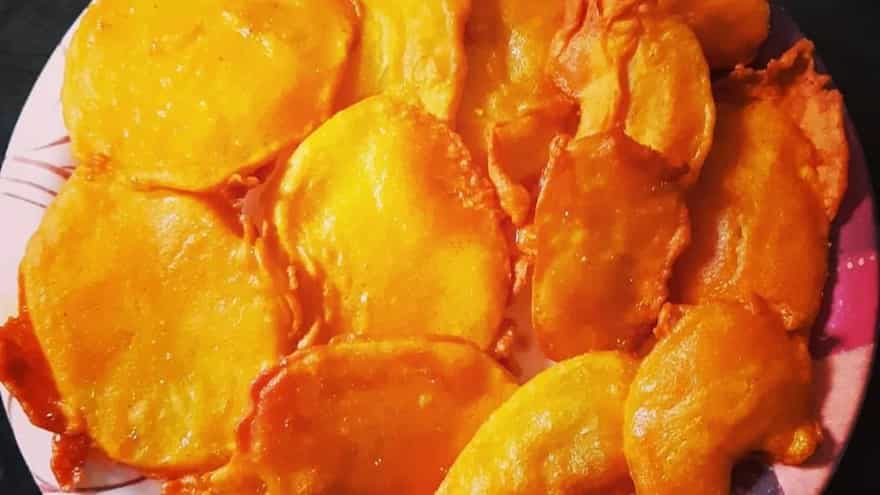 They can be prepared using fillet or chuck steak and "tenderised with raw payaya, then permeated with coal smoke using a technique known as dhuni. Biharis consume them along with rice and lentils. This kebab dish will dispel your misconception that Bihari food consists solely of dals and beans. Pan-fried to crispy, juicy kebabs, succulent chicken chunks that have been marinated in a mixture of spices, curd, and peppers are best served hot. The kebabs have a strong flavour of mustard oil as any Bihari cuisine is incomplete without the use of mustard oil.

Thekua is a dry sweet from the Indian subcontinent that is also referred to as "Khajuria" or "Thikari." In Bihar, Uttar Pradesh, and the Terai region of Nepal, it is very well-liked. During Chhath puja, thekua is a cherished prasada, or offering to the gods. In these regions, it has been consumed for generations as a sweet snack. Wheat flour, chasni, and ghee are the key components of thekua. Jaggery can occasionally be used in place of sugar. These four ingredients are used to make dough, and cardamom can be added to improve the flavour. The dough is deep fried till it turns reddish brown in ghee or vegetable oil. When hot, it is soft, but when it cools, it becomes hard. It can be stored for several years without the use of preservatives.

Bihari Cuisine: A Brief Guide Of The Rustic And Homely Fare