By pizza, one means a proper pizza, not bread with some ketchup and cheese which masqueraded as pizza at many ARMC (austerity-revering middle-class) parties. Baker Raffaele Esposito is credited with creating the pizza. As this Slurrp article notes, “Baker Raffaele Esposito, who worked at the Naples pizzeria “Pietro... e basta così,” is generally credited with creating Margherita pizza. In 1889, King Umberto I and Queen Margherita of Savoy visited Naples. Esposito baked them a pizza named in honour of the queen whose colours mirrored those of the Italian flag: red (tomatoes), white (mozzarella), and green (basil leaves). This is what is now known as the classic Neapolitan pizza today.”

As an aside, there’s a hilarious story about Paul McCartney offering a margarita to Noel Gallagher who got confused about what the former Beatles was offering him. The Oasis frontman said, “I’ve met him a few times he’s been absolutely a dream,” Gallagher told NME. “The last time was at the Royal Albert Hall. He goes, ‘Why are you always in a rush? Sit down, sit down’. I sit down and he goes, ‘Do you like margaritas?’ I said, ‘Yeah, but I had something before I come out, I don’t eat at this time of night’. “He said, ‘They’re f**** drinks, you stupid p***. I thought he was offering me a pizza.” 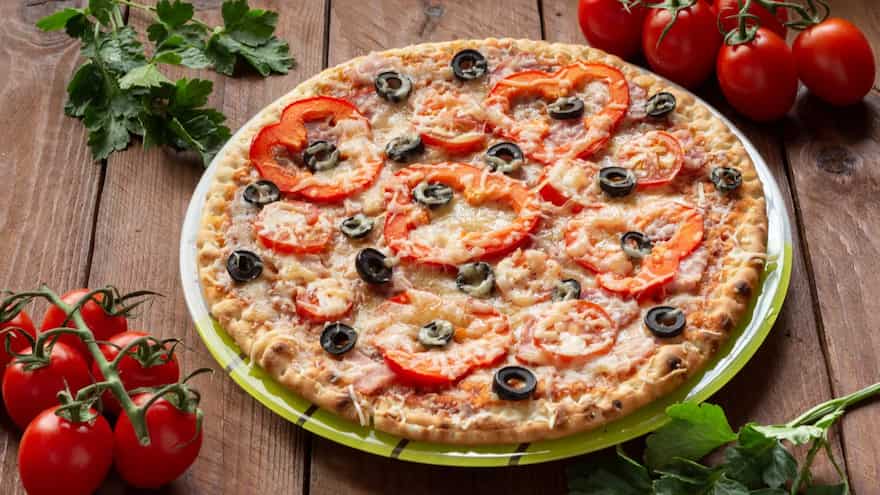 Now every Indian remembers when they had their first pizza.

By pizza, one means a proper pizza, not bread with some ketchup and cheese which masqueraded as pizza at many ARMC (austerity-revering middle-class) parties. When I asked my friends, for most people, it was either Pizza Hut or Domino’s, the two chains that have dominated the market in India with different tactics in the late nineties or early noughties. While Pizza Hut focussed on the luxurious dining experience, Domino’s bet on speed, promising delivery under 30 minutes. The only exception were folks from Kolkata who invariably said Monginis – a confectionary chain – which interestingly sold a Chicken Pizza which was shaped like a heart.

Fast forward to 2022 and the pizza is as ubiquitous as any Indian dish, entwined with the country’s syncretic cuisine. In fact, gustatory purists who – spent hours debating the pineapple on top – are now being forced to come to terms with dishes like Pizza Biryani, Pizza Momos, Pizza Parathas and Pizza Cones.

Health freaks on the other hand have pizzas where sometimes the base is replaced by multigrain bread or even no crust!

Go ahead and have a slice. We are not judging.

Italian Gastronomy: 5 Easy Pizza Sauces You Can Make At Home