Padma Lakshmi’s Birthday Dinner Spread Is Too Good To Miss At 52, Padma Lakshmi is one of the fittest models, actors, and TV hosts. Also, an author, her social media page showcases her love for food too. And recently, her birthday turned out to be a lavish affair, with fancy dishes adorning the dinner menu.

She took to Instagram to share a quick video of her birthday dinner, and we are drooling. Enjoying her time in London, Padma decided to pamper herself on her birthday by going out for a fancy meal. The video began with Padma blowing the candles decorating a cute marble cake. This was followed by a nitrogen-infused dish that came packed in a bird’s nest. Next, was a wheel-shaped appetiser that looked crunchy. And then, there were canapés and rolls of various kinds that were shown.

One could also spot bite-sized starters with gravy and vegetables mixed together. Then, she tempted us with a perfectly-cooked steak alongside char-grilled vegetables. There were mini-rolls and loads of eggs on the menu too. Finally, there were a series of desserts that came one after another, one of which was a heart-shaped waffle topped with ice cream. 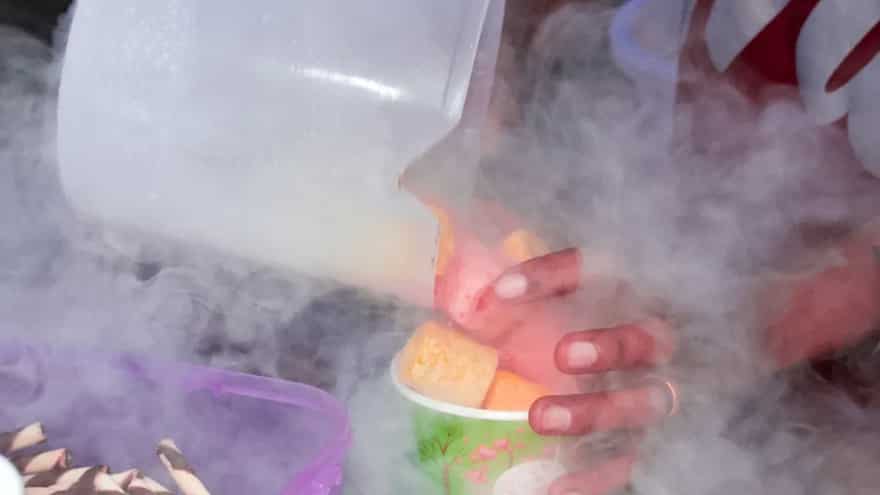 She captioned the post saying, “Perfect birthday dinner @adamhandling @frogbyah”. Her hashtags tell us that it was a luxury restaurant in Covent Garden in London. The food-loving personality couldn’t have found a better way to celebrate her birthday than this. Well, this isn’t the first time that she’s tempted us with her indulgences.

Every now and then, Padma is seen making interesting recipes and sharing them on her handle. Also, we saw her doing mukbang a couple of times on her page. Earlier this year, she went on a brunch with her daughter and it featured several delectable treats, including saucy grilled chicken, fresh berries, wine, burrata salad, and more.

Padma Lakshmi Is Obsessed With Pizza; 3 Decadent Recipes To Try