Disclaimer: No monkeys were harmed in the making of this sauce Weird and wonderful dishes exist in food cultures across the world. From Red Ant Chutney to Camel Drool desserts. But what would you do if someone came up to you with an offer of Monkey Gland Sauce? If you happened to be in South Africa at the time, then we suggest that you enthusiastically accept. This dubiously named sauce is a staple of South African barbecues (or braais as they’re known to locals) and is a chunky, sweet-savoury delicacy that’s slathered on any and every meat before it’s grilled over an open flame.

South African food is a diverse melting pot in terms of cuisines. Colonised by the Dutch, with a heavy Indian influence the food has developed into a collision of flavours. Monkey Gland Sauce is a prime example of that with its mish-mash of premade sauces like Worcestershire sauce, onions, garlic, tomatoes chutneys, chillis and whatever else takes your fancy. It’s one of those sauces that is open to interpretation and people often have their own unique recipes handed down through the ages.

There are some particularly colourful stories about how the sauce got its equally colourful name and although it’s none has ever been verified, there are two which are cited more often than others. The first suggests that it began at the Carlton Hotel in Johannesburg where the French chefs deliberately started making a basic condiment after he deemed their clientele to be ‘uncultured’ and unworthy of his sophisticated skills. Much to their astonishment, it was an instant success.

Another theory points to the Savoy Hotel in London where Doctor Serge Voronoff was a regular guest. He favoured a brandied steak that was the predecessor to the sauce as we know it today and when one of the waiters moved from London to South Africa, he brought the recipe with him. Where does the monkey gland come in? Well, the industrious doctor was famed for one thing – implanting monkey testicle tissue onto the testicles of impotent men to ‘cure’ them.

Thanks to the tomato base, Monkey Gland Sauce lends itself well to most meats and can serve as both a marinade and a barbecue sauce. Though the recipe is simple, the flavours are complex and it has become an unmissable part of South African heritage. 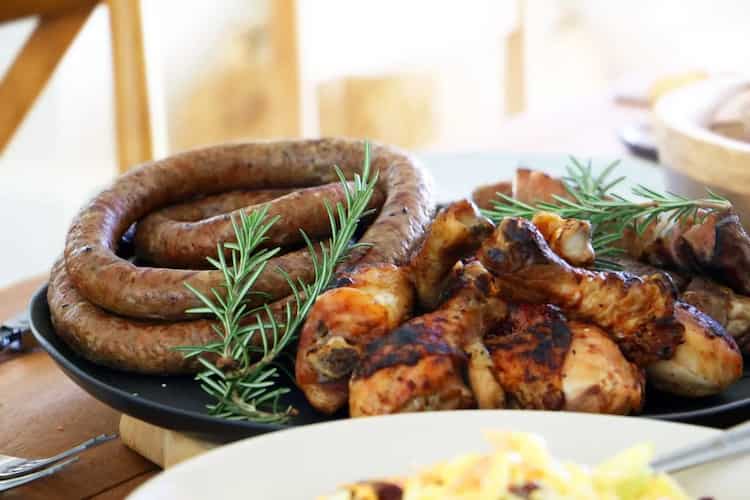 All About The North African Harissa

What Is Tabasco Sauce? Best Ways To Use It