This Red Ants Chutney is more than just a local delicacy When we talk of diversity, India surely wins the debate as it has different cultures serving different and unique forms of food. Every single dish brings out a unique set of taste and a story revolving around it. One weird but unique dish, which should be on the bucket list of all adventurous foodies, is the Chutney of Red Ants.

Also known as Chapda or Chaprah, the Red Ants Chutney is quite famous in the Bastar region of India’s Chhattisgarh state. It is also consumed in some parts of Jharkhand and Odisha. It is scary to imagine what it would be like to taste Red Ants that would make you crazy in pain. Shockingly, it is nothing like what it seems and is a famous delicacy in the region. A most interesting fact about Chapda is that it is also a part of Celebrity Chef Gordon Ramsay’s menu. Yes, you read it right. Chef Gordon Ramsay had visited Chhattisgarh a few years back for one of his documentaries on Indian cuisine. He got completely floored over this Red Ant dish and decided to make it a part of his menu. 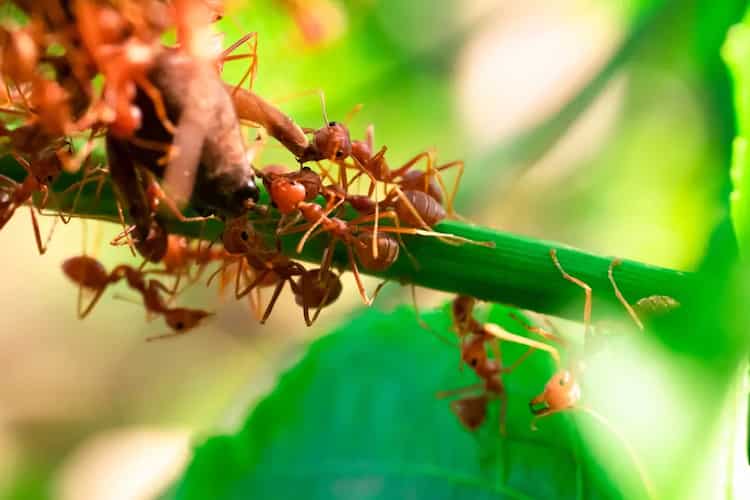 Red Ants Chutney or Chapda is also going to make it to the GI list of food items in India. The GI tag recognition would further help to promote and preserve the cultural value associated with this traditional Chutney.

Locals in the interior part of Chhattisgarh i.e., Bastar make Chapda with Red Ants and their eggs. But making this Chutney is not just a cakewalk. One has to go through a lot many hurdles and obstacles to bring it down to the platter. The nests of these Red Ants are shrouded with the protective rings laid by the red male ants. The villagers first get rid of these male ants while suffering agonizing pain caused by the bites of these ants. Somehow after killing those male ants, they put them in their bag and head toward the egg-laying female ants.

First of all, the ants and their eggs are crushed and dried in sunlight. Thereafter, villagers add coriander, garlic, ginger, tomatoes, and salt to the paste. Chilli and sometimes sugar is also added to the Chutney to spice the flavour. Some like to have it this way while some cook it further with chopped onions. Traditionally, this Chutney is served in local markets on the leaves of Sal trees.

A tip for those who are going to taste it for the first time, it is spicy in taste so better be prepared for it. The mixture of high formic acid from the ants and spices makes it spicy. Interestingly, this Red Ant Chutney is high in proteins and the formic acid from the ants acts as an effective anti-bacterial component. The tribal people in Bastar have this Chutney to cure flu, common cold, cough, fatigue, and other health issues. Moreover, engineer-researcher Nayadhar Padhial proposed the use of this unusual chutney as a remedy to cure COVID-19. Since chutney is rich in formic acid, calcium, protein, calcium, iron, zinc, and Vitamin B12, it becomes an excellent immunity booster paste with anti-bacterial properties.

Chapda or Chaprah is an inseparable part of Bastar and its people. While there is much more to look at in Bastar, we would like you to taste this unique chutney for a great and highly seasoned experience.

Salfi: Tried This Tribal Beer Of Bastar Extracted From A Tree?