While condiments are a part and parcel of Indian cuisine, it is things like Gajar Ka Murabba that deserve more attention 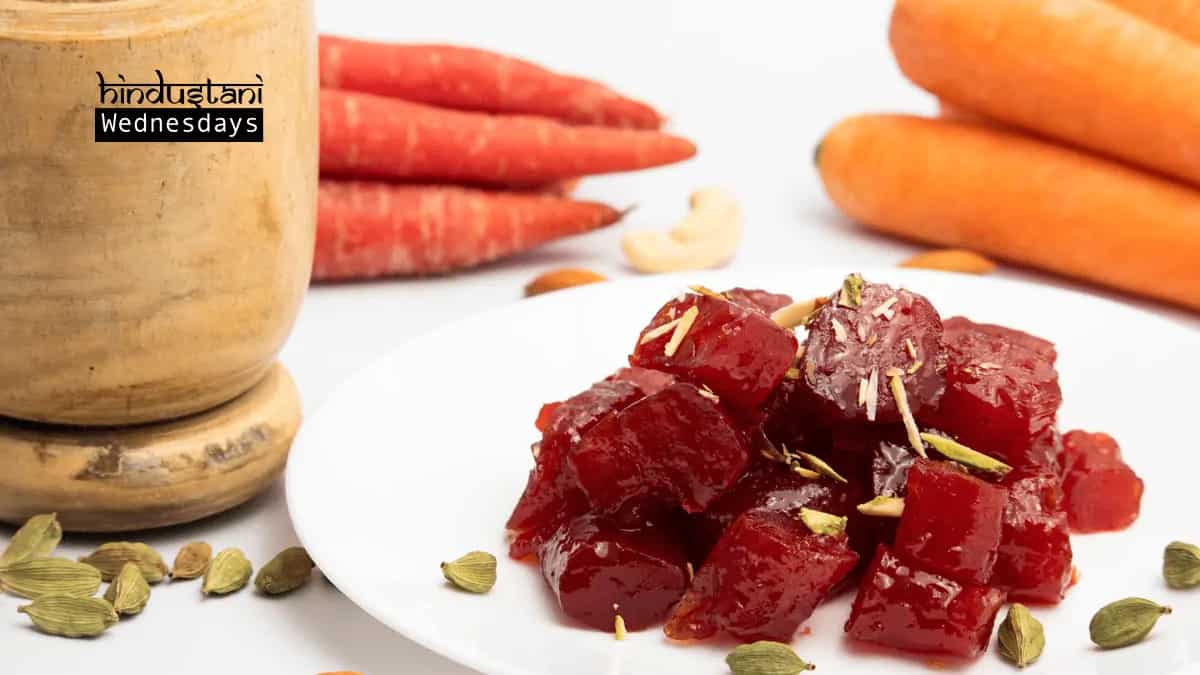 Take a quick look at Indian cuisine and you’ll notice that the fare is replete with all kinds of curries and gravies. Flatbreads form an important part of the cuisine too. One thing that is quite evident in most regional cuisines in the country are the diverse range of condiments that accompany one’s meals.

Also Read: Have You Tried The Bitter-Sweet Amla Murabba?

From chutneys to pickles, there is no dearth of side pairings in the Indian fare. One such lesser-known condiment is the murabba. While the Indian-style jam is commonly eaten in several parts of the country, Amle Ka Murabba continues to enjoy a great fanfare. However, there’s one murabba that deserves as much attention too, that is Gajar Ka Murabba.

This murabba is not to be mistaken for the Western-style jams that are sold in jars. Although similar in certain ways, it is believed that the origins of murabba can be traced back to Central Asia. The existence of murabba can be found in Turkish cultures where the royal kitchens had a separate section devoted to murabba making and the result was a thick and sweet fruit preserve. That’s what murabbas largely are, sweet and sour fruit preserves or candied fruit. Derived from the Arabic word, murabban, the murraba became a special part of Indian cuisine after its introduction during the Mughal era.

From amla to gajar and aam, there are a variety of murabbas that are prepared across the country. Certain regions boast of these desi jams that are intrinsic to their meals. Take the mango (aam) ka murabba for instance which is quite popular in Gujarat. Similarly, there is a Gajar Ka Murabba (or carrot murabba) that is associated with Punjabi cuisine. Fresh, red carrots go into the making of this vegetable preserve. Carrots are not only a delicious vegetable with a subtle sweetness that works for murabbas but also loaded with nutrients like antioxidants and several vitamins too.

Due to its great medicinal properties, Gajar Ka Murabba is often used as a way to cure infections and ailments like weakness, eye disorders and any other visual difficulties. To make gajar da murabba at home, the carrots are blanched so that they can break. Then they are added to a pot full of water. Sugar and lemon juice is added next and the mixture is continuously stirred. Once thick syrup forms, cardamom and saffron are added for flavouring. Finally, when the carrots turn soft and mushy, the mixture is taken off the heat and cooled down. This is then stored in a glass jar and often sliced into cubes for eating.

If you can’t think of a better way to include carrots in your diet, try this murabba. This isn’t like the usual canned jams. It is thicker and sweeter than them and can be used for making desserts too.

Get Ready To Make Bael Murabba At Home That You Can Relish Anytime And Anywhere!

Amla Murabba: Nothing ‘Bitter-Sweet’ About This Combination of Amla, Sugar Syrup And Winter