From Cafreal To Chicken 65, India Is Home To These 5 Iconic Chicken Dishes

From Cafreal To Chicken 65, India Is Home To These 5 Iconic Chicken Dishes

Whenever my friends from Mumbai and Bangalore fly down to Delhi, they always ask me to take them for a North Indian Punjabi meal and without even looking at the menu, the first thing they utter from their mouths is Butter Chicken. The fascination for this creamy chicken curry is immense across the northern parts of the country. Although history tells us that the delicious chicken dish was invented accidentally, the love and fame that it enjoys has remained uncompromised all through these years. For all the non-vegetarians out there, there is no dearth of variety in terms of food. You go to any part of the country and you’ll find a large range of options, from chicken to mutton and seafood.

Chicken, for one, is often seen at the top of the list for most meat lovers and why shouldn’t it be? After all, the diverse Indian cuisine is replete with options. The cooking method, the ingredients and spices used as well as the flavours of the chicken may vary from region to region but one thing that is guaranteed at the end of the meal is satisfaction. Some of them like butter chicken would have thick gravy while some others like Chicken 65 would be a dry preparation yet all of these come together to form a cluster of some of the most iconic chicken dishes from the Indian subcontinent.

Another interesting fact is that most of these dishes entail rich historical tales and narratives which give us an understanding how, when and where these delicacies acquired their present form. Now, without further ado, let’s dive right into the chicken business and let our mouths water.

The present-day Chicken Cafreal is a greenish-coloured grilled chicken that is served in Goa. However, this was not the case always. This interestingly spiced dish used to have blackish-brownish hue when it entered Calicut with Vasco Da Gama as a slave dish of Afro-Lusitanian origin. The colour of the dish was used to address the black African slaves and the Portuguese brought this to the ports of India in exchange for spices like peppers and red chillies. This kind of trade can be attributed to the origins of the dish in our country. Although it entered through Calicut, it is believed that several travel expeditions and later, the colonizing of Goa under the Portuguese, led to a strong influence on the Goan cuisine and Frango à Cafreal turned into Chicken Cafreal. This is where it acquired the green colour with local adaptation of the dish.

The origins of this coconut-curry based chicken dish can be traced back to the Bunt community. Belonging to the coastal districts of Karnataka, this community was essentially a warrior class, land-owning sect of the region who spoke their native Tulu language. As the communities got closer to each other and the state got consolidated, the spicy chicken curry was adapted by the rest of the region. That’s how it is known as a Mangalorean specialty today. The name of this great chicken dish is also derived from the regional Tulu language where Korri refers to chicken and Gassi refers to curry. The fiery curry is balanced out by the use of mild sweetness of the coconut.

Yet another iconic chicken dish gifted to us by South India, Chicken 65 is a classic there. The spicy and dry chicken preparation varies across different regions of the South, however, the tale of its origin remains a mystery to this date. There are several theories and logics that have surfaced in the past. Some believe that the name Chicken 65 was given because it makes use of 65 different chillies in its preparation, while some others believe that the chicken’s marination was a 65-day long process. Yet there were others who thought that it could have been the case that the chicken used in the making was 65 days old. Despite a plethora of explanations, none seemed to make the mark. One of the most sought-after theory claims that Chicken 65 was yet another dish on the menu of Buhari Hotel in Tamil Nadu in the year 1965 where Mr. A.M. Buhari sold it along with Chicken 70 and 90.

A chicken stuffed with boiled eggs and cooked in a thick and spicy gravy is what the Murg Mussallam is all about. The royal chicken dish found its place in the royal courts of Mughal emperors like Akbar, as per Ain-i-Akbari by Abul Fazl which finds mention of Mussaman in the ancient texts. In fact, there are certain other texts which claim that it was present during the feast of Delhi Sultanate by Sultan Muhammed Ibn Tughlaq too. The roasted fowl was stuffed and fried as a whole and served as a royal dish.

The crispy and smoky chicken that is served along with green salad, onions and mint chutney at the Moti Mahal restaurant today was a creation of Kundan Lal Gujral along with three others in the pre-Partition period. After Partition, the newly-setup restaurant of Moti Mahal in Daryaganj popularized the tandoori chicken here. The fame of tandoori chicken was so widespread that people from faraway lands came to relish the dish like Jacqueline Kennedy of US, Nikita Khrushchev, the then Prime Minister of Soviet Union and our very own Pandit Jawahar Lal Nehru too. 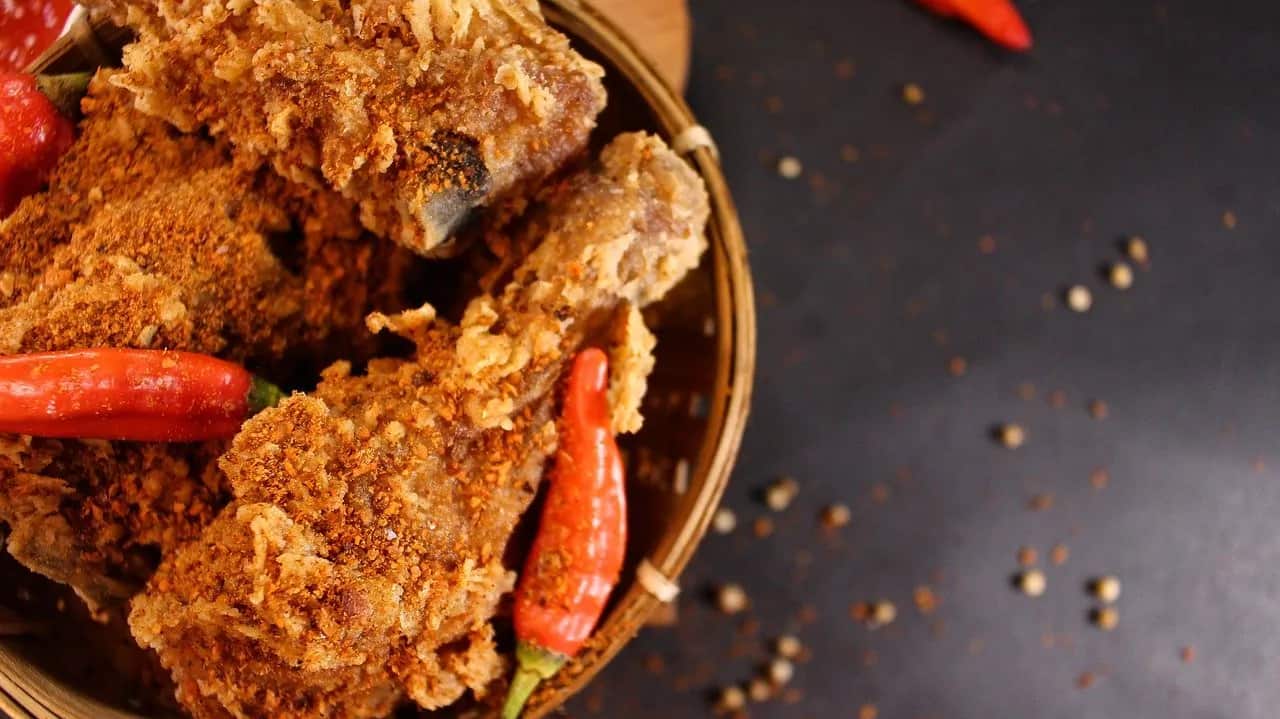 Move Over Paneer Or Chicken Tikka; Egg Tikka Is Here To Steal The Show

Move Over Paneer Or Chicken Tikka; Egg Tikka Is Here To Steal The Show