Many different rotis are made and eaten in India. How many of these have you tasted yet? 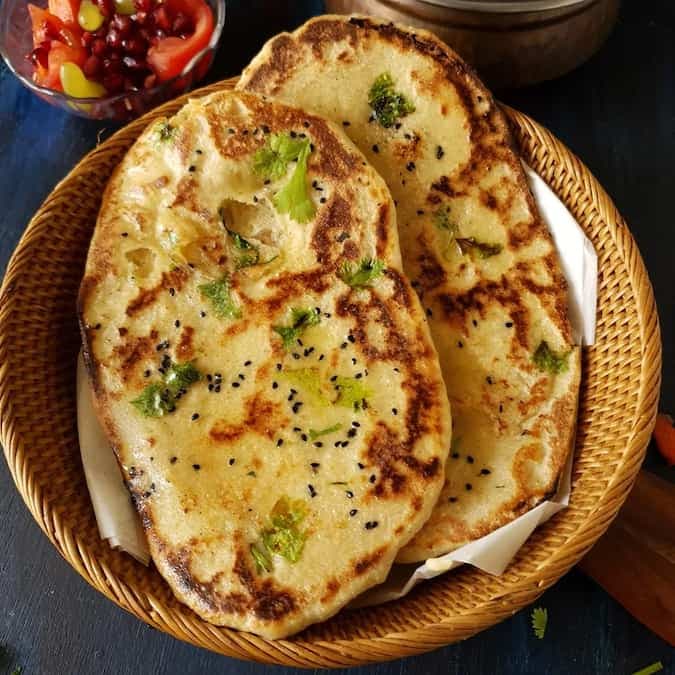 An Indian thali is incomplete without roti. No matter how many curries or dals are kept on the plate, you feel satiated only after eating a roti. In most parts of North India, chapatis or parathas are made of wheat flour daily. But this is not a standard rule. Many rotis can be made with many different kinds of flours. Unique types of Rotis, like sheermal, are made on special occasions or festivals like Eid, while Rotis made of millets like Bajra or Jowar rule the roost in places like Rajasthan production of wheat is limited. Then some rotis are 'seasonal'; for instance, you must have tasted 'Makki ki Roti' in winter. So, today we are telling you about five different rotis made and served in India.

Thalipeeth is a famous Maharashtrian flatbread made with millet and jowar flour instead of wheat flour. While kneading the dough, rice, gram, and other spices are also added to enhance its taste. In addition, some people also add vegetables while preparing this roti to complete their meal. Usually, thalipeeth is served with curd, but people also love to have it with thecha and green chutney.

Kuttu ki roti is not associated with any particular state but with a festival. For example, in India, Navratri is celebrated with great pomp, and people observing fast for nine days make roti using buckwheat flour instead of wheat flour. This roti is eaten with potato curry and curd. Do you know that roti made from buckwheat flour makes you feel fuller for a very long time?

Makki ki roti is very famous in Punjab and is specially made in winter. In Punjab, people eat it with great fervour along with sarso ka saag. Apart from Punjab, now this roti is also made in various states of our country. Maize flour is used to make the roti, and instead of a rolling pin, hands are used to flatten the roti.

Have you heard about akki roti before? This roti is popularly eaten in breakfast in various households of Karnataka. Akki in Kannada means rice; therefore, this roti is prepared with the help of rice flour instead of wheat flour. Also, to enhance the roti taste, several types of vegetables are included in it.

Ragi is considered very beneficial for health, and people in South India prefer eating this ragi roti. It is a popular dish there, prepared with vegetables, spices, chillies and onions apart from the ragi flour. Do you know that it is also called ragi adai in many places?

So which roti would you like to eat first? If you like this article, then stay connected to read other similar pieces on Slurrp.

Got Leftover Rotis At Home? Use Them To Make Easy And Flavourful Poha