Cast Iron Pan: Why And How To Get The Right One I came across cast iron pans during a food fair. The wonders of this cookware floored me. When I researched more about them, I was surprised that these cooking utensils are ancient. Now, the market presents them as healthy-cooking must-have cookware. Not many are still aware that the best ones are those which passed down the generations as prized possessions. Yes, you read it right; the older the cast iron cookware is, the better it performs. Not all of us are fortuitous enough to possess them as heirloom treasures. And this is when the art and skills to pick the right one come in handy.

One of the essentials that any dedicated home cook needs are a sturdy, reliable cast iron pan. It is durable and multifunctional. With proper care, it can travel as antique cookware for your forthcoming heirs. Thus, one must refrain from making a casual purchase. As mentioned earlier, newer cast-iron skillets aren't always more promising. This is because seasoning makes cast iron valuable and efficient. It only begins to get nice after a few years of consistent use. An older piece of cast iron has a rough texture. For example, the smooth and nonsticky surface will resemble a conventional nonstick pan when you cook omelets.

Cast iron cookware might be among the most affordable kitchen appliances, especially considering their long lifespan, stretching over 150 years or above. Compared to its contemporary rivals, vintage cast iron was produced significantly differently. Everything was made by hand. Hand-pouring the cast iron or steel into sand moulds, allowed the craftsman more control. The final outcome used to be lighter cookware, smoothed and flattened by grinding it with stone. So, look in your family's vintage belongings. You might have inherited one such antique cookware. Your pan would be vintage cast iron if it was produced before 1957.

One can always buy suitable old or used cast-iron pans. They are readily available at antique stores or a few online stores like eBay. However, be careful of its texture. If it has slightly warped or hairline cracks, it may break into pieces after consistent use.

Test the handle before choosing a cast iron skillet, whether it belongs to a traditional or modern style. The handles on a few models have jagged edges, making it challenging to raise and grasp the cooking vessel as a whole. Pay attention to the handles' length and width. Shorter handles heat up more quickly, but they also help you hold the pan steadier. On gas stoves or an outdoor grill, a longer handle might assist you in keeping your hand further away from the heat source. 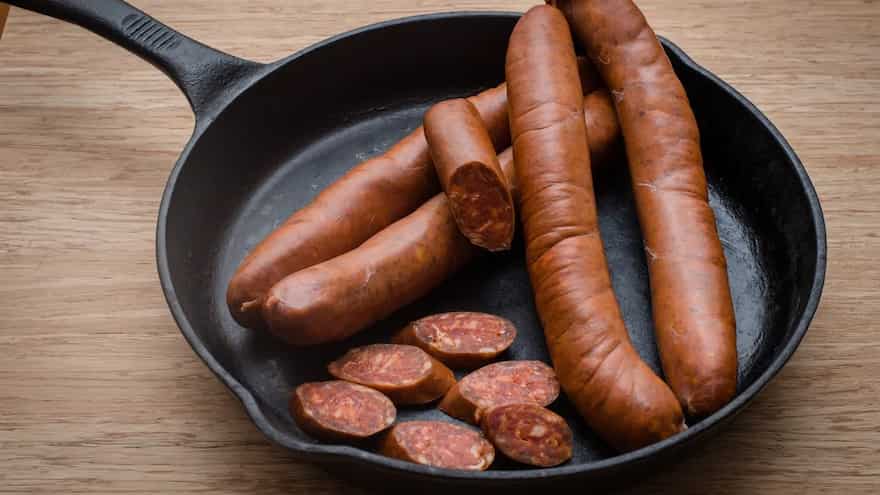 As an owner of cast iron cooking utensils, you must master the seasoning technique. Simply put, it involves rubbing a paper towel dipped in cooking oil over your skillet and baking it onto the iron for about an hour at 450°F. For your convenience, certain cast iron skillets are sold already seasoned. Whereas, for the other variant of skillets to use in cooking, you'll need to season them yourself because they come unseasoned.

While some skillets have a rougher, more porous cooking surface that holds the seasoning better but occasionally sticks to more delicate foods like eggs or pancakes, this is not always the case. To check the texture, run your fingers over the surface. It will feel, sound, and look like sandpaper, which signifies that the surface is rough. Smoother cast iron skillets are more difficult to season and require several weeks to develop a proper seasoning. However, unlike its rougher rivals, its surface is incredibly nonstick and much simpler to clean.

Invest in the right cast iron pan. It will last a lifetime.

Vintage cookware is having a moment

Why Soapstone Cookware is Considered Best For Cooking?

Why cast iron is better than teflon