The whole country is well aware of the Maharashtrian sweet dish Modak prepared during the festival of Ganesh Chaturthi. But how many people out there are aware of a similar sweet that is prepared in Kerala. In the traditional Kerala style a Kozhukkatta, just like Modak, is made using rice flour with a filling of coconut. However, deep in the state of Kerala, there is another variation to the traditional Kozhukkatta made using bananas. Yes, you heard that right, instead of the usual stuffing of just the grated coconut and nuts, there is the added natural sweetness of banana. A traditional sweet reserved for festivals as an offering to God it can also make for a quick snack fix.

A customary sweet with roots across coastal regions

A Kozhukkatta is an important traditional sweet preparation in the Southern part of India. It has its roots in Tamil Nadu and Kerala known by the name of Kozhukkattai and Kozhukkatta in Malayalam.

In Tamil Nadu, a Kozhukkatta is a preparation for God Ganesha on Chaturthi. It is a festive preparation by Kerala Christians on the Saturday prior to Palm Sunday. Therefore the day is hence called Kozhukatta Saturday. While there is one historical account that Kozhukatta is made to commemorate the stones that were thrown at Jesus during his crucifixion. The other narration it is made to commemorate Jesus's visit to Lazarus, Martha, and Mary's house. The stuffing is a symbol of love.

Another popular folktale in Tamil says that a newly married man in some Tamil village ate a Kozhukattai and was excited to tell his wife. But on his way home he forgot the dish's name and instead called it Athiribacha. When the confused wife asked the name again, he beat her leaving her with a swollen forehead. As a neighour noticed the swollen forehead, she shouted ‘Kozhukattai’. Vola! the name of the dish came back to the husband. 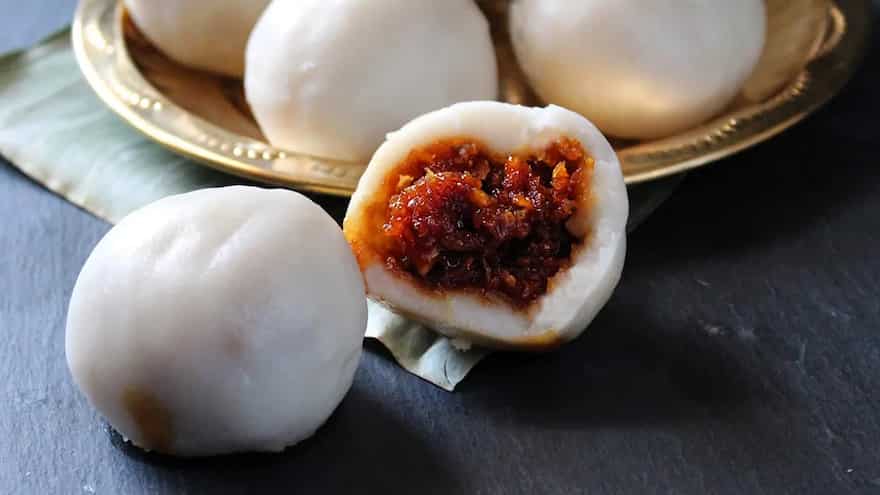 Well, this not only makes for a perfect evening snack but also a sweet dish that children will relish. Quick to make from the simplest of ingredients available in the pantry, it is healthy since steamed and made at home. And who would have thought that such a simple snack could be made out of bananas and rice flour?

Ola Pidi Kozhukattai: A Traditional Snack To Enjoy With Chai