Ukadiche Modak or the classic modak is Lord Ganpati’s favourite food and is ritually prepared during the festival of Ganesh Chaturthi, especially in the central Indian state of Maharashtra. Ganpati is also known as Modakpriya or one who loves modaks. In Northern India, he is offered ladoos made of chickpea flour which are called boondi ke ladoo. It is said the Goddess Parvati, who is Ganpati’s mother, wanted to satisfy her child with a food which could fill his stomach immediately and that food was modak. As per the scriptures, 21 modaks should be offered to the Lord.

Modaks are very close to the Chinese momos or dumplings which are stuffed with cabbage or in case of non-veg momos, with minced meat. Momos too are steamed and served with dips but modak being a sweetmeat, can be had by itself. 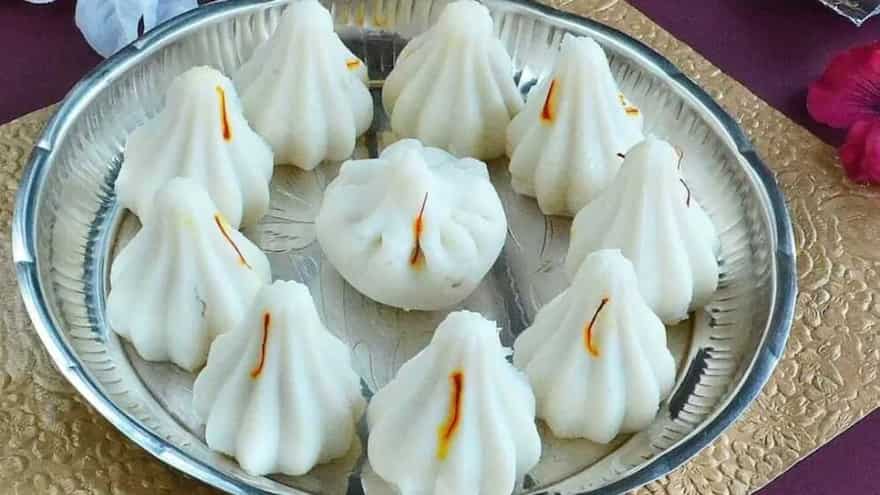 To prepare the modak without a mould, take the rice ball in your palm, make a cavity and stuff the filling inside. Then carefully start closing the dough as though folding it as a flower. Bring all the petals together and close at the top. It looks like a closed rose bulb. Once again, put it in the steamer and steam for a few minutes and the modaks are ready to be offered as prasad to Lord Ganpati.

Ganesh Chaturthi 2022 – All For The Love Of Modak

Ganesh Chaturthi 2022: 5 unique modak recipes to enjoy during the festival