This Ganesh Chaturthi, Bhumi Pednekar Will Devour Modaks All Day

The actress modak-loaded breakfast is proof of her excitement A bubbly, chirpy and fun-loving personality, Bhumi Pednekar manages to charm her way on screen with her great performances. What is not well-known about her is her love for food. The actress is a hard-core foodie and finds it difficult to resist delicious treats. However, it is her weight-loss journey that is also very inspiring. While on most days, she follows a strict diet, festivals are meant to be cheat days for Bhumi.

Ganesh Chaturthi or the birth anniversary of Lord Ganesha is being celebrated across the country today. Since Maharashtra sees large-scale celebrations every year, we see many Bollywood actors being enthusiastic about it too. One of them is Bhumi. And being a foodie, festivals mean good food. Modaks are a central part of the festivities on this day and a much-reverred sweet. For the unversed, a modak is a dumpling-shaped dessert made with flour and stuffed with a sweet filling.

The Dum Laga Ke Haisha actress is super excited about the day and took to her Instagram stories to wish everyone Happy Ganesh Chaturthi. She even wrote, “May you eat a lot of modaks today. I definitely am”. This was followed by her next story where she showed us a video of a modak that she’s devouring. The soft modak was broken and the sweet and tempting filling poured out. On this, she writes, “Modak for breakfast, lunch and dinner. Cause why not?” and well, we agree. 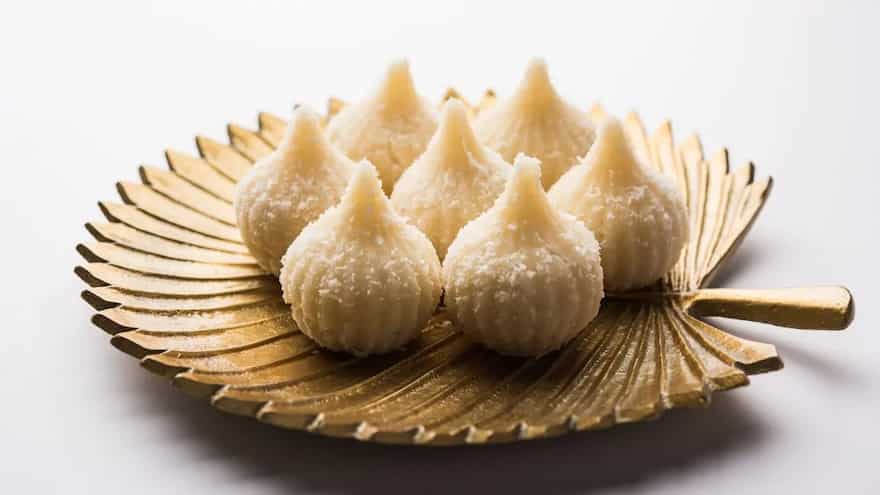 Modaks are believed to be special for this day as they are Lord Ganesha’s favourite sweet. Legend has it that Lord Ganesha’s hunger was satiated with a small dumpling like modak and that’s when his mother, Goddess Parvati declared that his devotees should offer this to him on his birth anniversary. There are a variety of modaks that are made during Ganesh Chaturthi, including kesar modak, chocolate modak, coconut modak and many more. These are served as part of the bhog during the pooja.