A Sneak Peek Of Droupadi Murmu’s Lunch With Mayurbhanj Residents

From Gobhi Gajar to Kesar Rasamalai, the lunch at Rashtrapati Bhawan was simple and sweet Elected as the second female President of India, Droupadi Murmu’s swearing-in ceremony took place on July 25, 2022. A wholesome and simple lunch at the President’s residence made dozens of people from Mayurbhanj teary-eyed. In fact, it came as a surprise to them. While the residents of this Odisha district were invited for the swearing-in ceremony, they were quite amazed when they were asked to have lunch with the President too.

After the oath-taking ceremony, the Mayurbhanj residents were asked to move to Rashtrapati Bhawan for sharing a lunch meal with Droupadi. Given the simplistic lifestyle and food choices of the new President, the lunch menu reflected the same. Since she is a pure vegetarian, there were no non-vegetarian items on the menu. On the spread, there was Gobhi Gajar Beans and Palak Paneer along with Malai Kofta and Dal Arhar Tadka for the mains. This was preceded by a bowl of Sweet Corn Vegetable Soup. With the main course, jeera rice and naan were served. 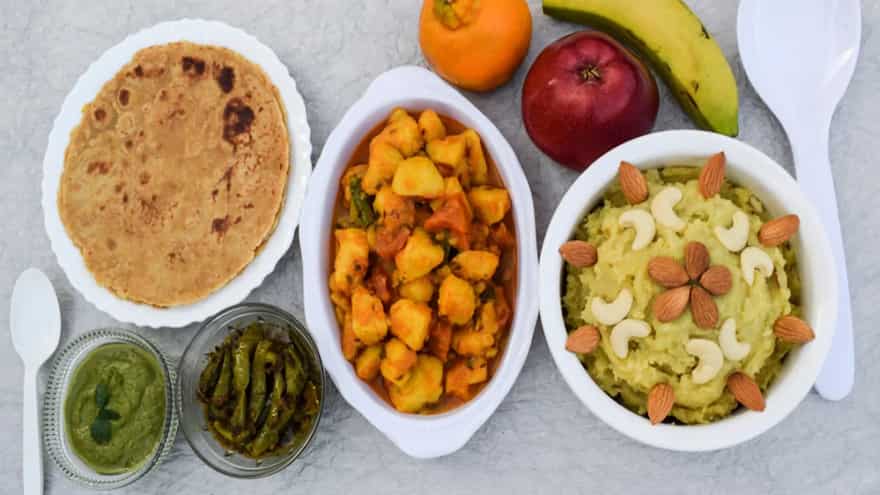 There was fresh salad and boondi raita on the side. For desserts, the residents of the Droupadi’s home district were served fresh fruits and Kesar Rasamalai, according to a report by DeccanHerald.com. Not only this, before leaving, the residents of Odisha’s tribal area were given a packet of sweets as a cordial gesture. About 60 residents were invited over for lunch and they made the most of their time. A lot of them reportedly expressed the honour they felt while dining with the new President.

Droupadi is not a hard-core foodie but enjoys the simple, home-cooked meals. She turned into a vegetarian in 2006 and ever since then, has been following a Sattvic diet of fresh and local produce. With emphasis on organic food and reluctance to eat processed foods, the 64-year-old leads a healthy lifestyle. In one of the reports by TheHindu.com, it was highlighted that Pakhala Bhaat is her favourite food. For the unversed, the dish is an Odia delicacy, made with rice soaked in water.

Sattvic, Rajasic And Tamasic Food: Know The Difference Between Them

Sattvic Food: What It Is And What You Can Eat