Know these little-known spices of India Spices are an indispensable part of Indian kitchens. They contain a sea of flavours that transforms almost any culinary preparation and elevates it from ordinary to extraordinary. Indian kitchens typically comprise a plethora of spices that are ground, powdered, dried, soaked, or used whole to make some of the country's most unique and popular delicacies.

To enhance flavours and accentuate the colours of the dishes, each region of the country adds a sprinkling of its secret blend of local spices to cooking pots. Sambhar, for example, is prepared very differently in Karnataka than in Tamil Nadu and Kerala. Similarly, fish curry in West Bengal differs from fish curry in Goa.

If your spice cabinet only contains staples like cumin, mustard, cardamom, cinnamon, and so on, it's time to diversify. Here are some unusual and lesser-known spices that will enhance the flavour of your dishes. And, while they may take some effort to find and adapt to, your taste buds will thank you for bringing something new to the table.

Radhuni is the small dried fruit of wild celery, a flowering plant that grows widely in South Asia. It is often confused with ajwain or celery seeds due to their similar appearance. It has a celery flavour and a parsley aroma. It is widely used in Bengali cuisine and is a component of the five-spice blend, paanch phoran. Kalpasi is a type of lichen with a light woody scent. It is most commonly found in Chettinad and Maharashtrian cuisines. Kalpasi has no taste of its own, but it adds a mysterious flavour to whatever food it is added to. The blackish-purple flower is frequently combined with other spices to create indigenous masalas. In Maharashtra, for example, it is used to make the famous goda masala, whereas, in Lucknow, it is used to make potli masala. It is also thought to be a component of traditional garam masala, but few manufacturers now include it. Only a few places in Tamil Nadu, Ooty and Kodaikanal grow this rare delight, which requires a slight elevation above sea level for cultivation. You're probably familiar with jaiur, a distinctively flavoured Meghalayan spice, by its more common name, Szechuan pepper. It is not particularly hot or pungent on its own, but it has slight lemony overtones and creates a tingly numbness in the mouth, which prepares the palate for hot spices. Before being crushed and used in chutneys, the tiny seed pods are toasted. The husks are used only, with the gritty black seeds discarded. It is used in Meghalaya to make tungtap, a traditional fermented fish dish. 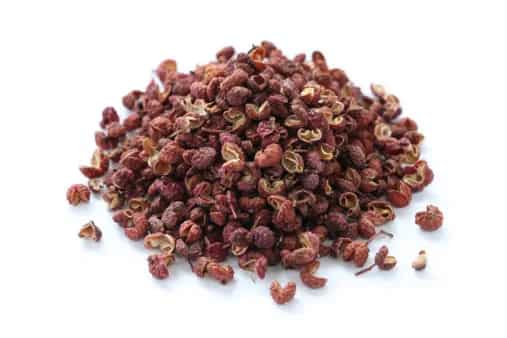 Jakhiya is the seed of Cleome Viscosa, a little-known wild edible plant of the Indian Himalayas. It is a tiny, dark brown, granular seed with a beautiful earthy aroma and a distinct flavour. The seeds, which are sun-dried before being sold, are used to season almost all types of vegetables and curries in Uttarakhand's Garhwal region. Most Garhwalis prefer jakhiya for tempering over cumin and mustard seeds due to their sharp pungent smell and crunchy taste. The dried herb alkanet root, also known as ratanjot, is grown in Himachal Pradesh and Jammu and Kashmir. Ratanjot is a natural food colouring that gives the famous Kashmiri dish Rogan Josh its signature crimson colour. It has traditionally been used to add colour to Indian food. It's also used to colour the marinade for tandoori chicken. Although, ratanjot has been phased out in favour of synthetic colours over the years. 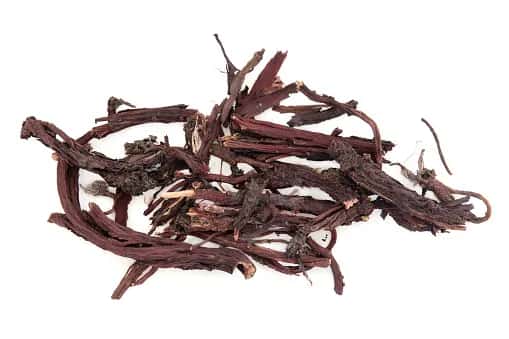 Lakadong turmeric, high curcumin turmeric native to Meghalaya, is regarded as one of the finest turmerics in the world. Curcuma Lomba root and rhizome (underground stem) are crushed and powdered before being sold in Jaintia hills markets. The curcumin content (known for its numerous health benefits) in Lakadong turmeric is between 6 and 7 per cent, which is among the highest, as opposed to 2 to 3 per cent in most turmeric varieties. 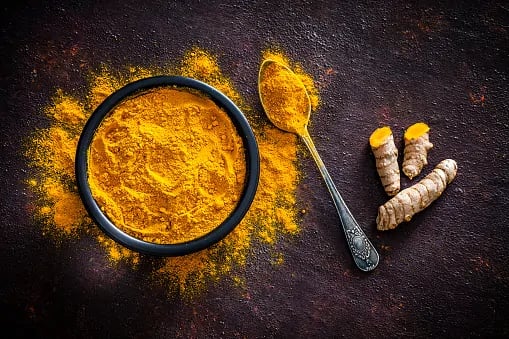 Kodampuli is a sun-dried fruit used in Kerala to flavour curries. When the Garcinia Cambogia fruit ripens, it is removed from the vine, seeded, and sun-dried until leathery. The skins are then smoked, imparting a complex aroma. After a quick rinse and soak, the skins are added to curries, where they add a pleasant sourness to the sauce, as well as hints of sweetness, astringency, and a faint whiff of smoke. 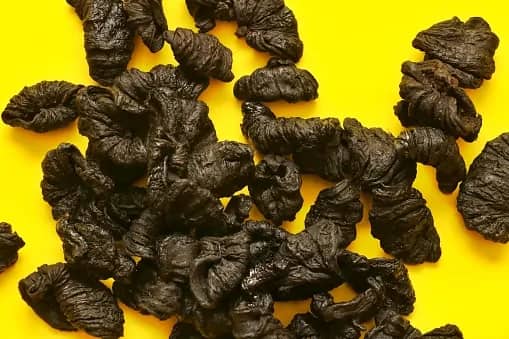 Eat These 5 Spices With Cooling Effects to Beat The Heat

Kabuli Chana Biryani: Indulge In Layers Of Spices And Protein

Pongal: A Comfort Bowl Of Protein, Carbs And Spices Put Together