Do You Know How Spices Are Beneficial For Your Health? Find Out Here

These 10 Indian spices are beneficial for human health. A spice is a seed, fruit, root, bark, or other plant material that is used to taste or colour food. Herbs, on the other hand, are the leaves, blossoms, or stems of plants that are used for seasoning or garnishing. Spices can be found in medicine, religious rites, cosmetics, and perfumery. Spices play an important role in how we cook and eat food across the world. Every spice has its distinct flavour and aroma, and its presence or absence may make or break a dish. We use a variety of spices in our daily cuisine, including cumin, black pepper, turmeric, coriander seeds etc. Spices are believed to have a variety of health benefits; in fact, it is the addition of a variety of spices to traditional Indian home-cooked food that makes it one of the healthiest meals consumed around the world. Spices have significant nutritional value and offer a variety of health advantages.

In Chinese, Indian, Malaysian, and Indonesian cuisines, star anise is commonly used in cooking. Star anise is high in linalool, an essential oil, and vitamin C, two key antioxidants that protect the body from cellular damage caused by environmental pollutants. Carom seeds are another name for ajwain. Carom seeds are commonly chewed for health reasons. Despite having a slightly bitter flavour, ajwain or carom seeds have numerous health benefits. Ajwain aids in digestion, relieves stomach aches, and relieves tooth pain. These seeds are also rich in calcium, proteins, and fibre. When a pinch of black pepper is added to any recipe, the flavour is amplified by a factor of ten. Black pepper, popularly known as the "King of Spices," aids in weight loss, relieves colds and coughs, improves digestion, increases metabolism, and treats a variety of skin conditions. Adding a pinch of black pepper to a glass of haldi doodh makes it much more restorative. Cinnamon is a popular household spice that has been used for centuries all over the world. It contains a high amount of antioxidants, which protect the body from diseases, as well as anti-inflammatory properties. Cinnamon is used in a variety of traditional dishes and is popular due to its ability to alleviate bloating. 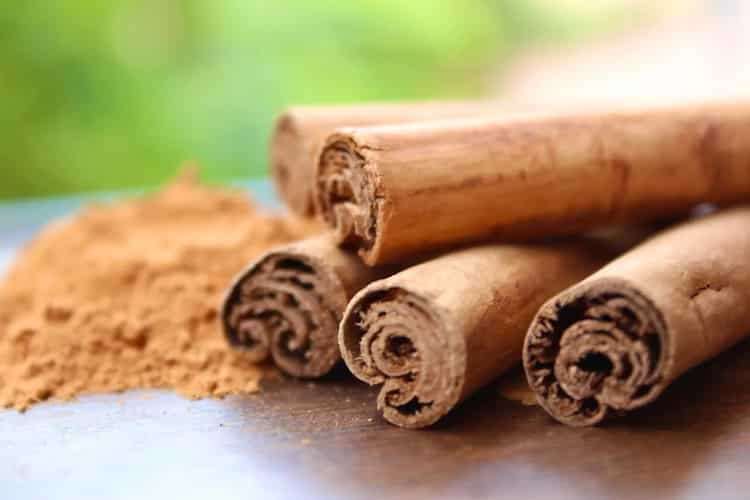 Cardomom, also known as elaichi, is native to India, Bhutan, Nepal, and Indonesia. It is the third most expensive spice on the planet. This spice boosts heart health, aids digestion, improves oral health, aids diabetes, aids depression, aids asthma, avoids blood clots, and treats skin infections since it is high in vitamin A and vitamin C, calcium, iron, and zinc. Third most expensive spice in the world/ unsplash.com

This spice, which is grown in North Africa, the Middle East, Egypt, and India, has a wide range of medical applications. It aids in digestion, increases libido in men, enhances milk flow in lactating mothers, aids in the treatment of eating disorders, and lowers inflammation. It is also known as cilantro or dhaniya. Coriander has a wide range of health advantages. Coriander seeds are not only healthful when taken fresh, but they may also be included in your daily diet. Coriander seeds include anti-oxidants and dietary fibre, which help the liver function properly and make bowel movements easier. Chilli peppers are good for you and give a variety of health benefits in addition to adding a fiery kick to your food. These can be a wonderful source of vitamin C, promote weight loss, lower blood pressure, and relieve congestion when added to your diet. Turmeric has long been used to treat arthritis in Chinese traditional medicine and Ayurveda. Turmeric extract appears to have the ability to alleviate pain associated with osteoarthritis. It also lessens inflammation in the human body. Turmeric is believed to be beneficial to the female reproductive system as it induces menstrual cycles. This seed has a bitter flavour and is a common ingredient in Middle Eastern cuisine. It can help with digestion, immunity, skin problems, sleeplessness, respiratory problems like asthma and bronchitis, and anaemia. Light cumin-flavoured stew or a glass of jeera water have been used in Indian households as a foolproof treatment for digestive troubles for ages. Spices You Must Add To Your Monsoon Drinks

Do Herbs And Spices Go Bad? Storage Tips To Preserve Them For Long

Spices for summer: What to eat and what not?