“Om Shanti”, Says Chef Jitendra While Carving A Tribute For Lata Mangeshkar On A Watermelon

Lata Mangeshkar, an iconic legend in the Indian music industry, passed away on 6th February, 2022. 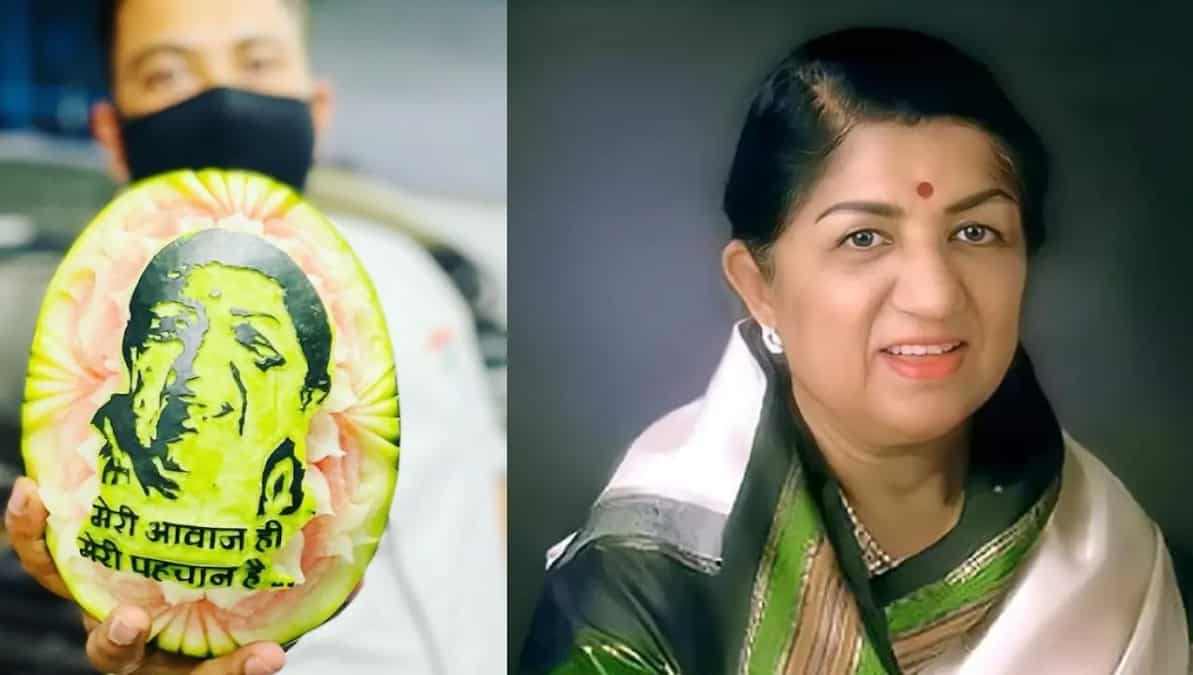 It rarely happens that an entire city shuts down for a day, it rarely happens when the Prime Minister of the country pays respect to the deceased. In a series of unfortunate circumstances, we lost one of the most talented veterans of our music industry, late Ms. Lata Mangeshkar. Known as the Nightingale of India, she has lent her voice to some of the most melodious songs that we hum even today. The 92-year old lived a long life, winning many accolades and recognitions in her journey. A stalwart of the musical field and a legendary icon, Lata ji left us for the heavenly abode recently.

Sorrow and shock gripped the country as the news of her demise reached all corners. On the day of her cremation, several well-known personalities, including the Prime Minister of India, Shri Narendra Modi paid his respects to her. Amidst the gloomy atmosphere, there were plenty of others who created some beautiful pieces as a tribute to her. However, the one which stood out the most was by Chef Jitendra. Here’s what he made.

The chef carved out a watermelon to frame a picture on Lata Mangeshkar in it along with the words,  “Meri Awaaz hi meri pehchaan hai” in Hindi. He shared this tribute on his Instagram handle with the caption, “RIP “Nightingale of India”…..Om Shanti”. The carving really captured the essence of the musical lady as well as brought tears to the eyes of many. The chef has been known for using fruits to pay tributes in the past too, his favourite being the watermelon. He has created several interesting carvings in a watermelon for say Halloween. In fact, he also designed one for Abhinandan Varthaman, the Wing Commander who passed away in 2019.

While Chef Jitendra is impressing the world with his watermelon carvings, here is what you can make with watermelon too.

Crunchy and tangy, the salad plate is full of spinach, pea shoots and other vegetables. However, it is the watermelon that is adding a pop of colour to the dish. The sweet and spicy flavours of the salad make it an ideal choice for summers.

Time for a quick breakfast? This smoothie bowl could be your go-to option. Dunk the watermelon chunks into the smoothie and add some raspberries too. Loaded with soya milk and crunchy almonds, you can enjoy it any time.

Discovering The Passionate Foodie That Lata Mangeshkar Was