Russian cuisine is indeed distinct and has evolved over a period of time. We also sense a strong influence of different social, geographical, economic, and historical factors on this cuisine. While it has many popular delicacies to its credit, Stroganoff is certainly one of the classics. Did you know that Stroganoff is said to have been invented by a French chef named Charles Briere in 1891, to win a St. Petersburg cooking contest? That was when the first Beef Stroganoff was prepared, which was apparently named after one of the wealthiest families – Stroganovs, for whom the chef used to cook for. It quickly became a sensation, first in Russia and then in China, but arrived in the United States pretty late, somewhere in late 1920s. In fact, the first recipe for Beef Stroganoff appeared in an English cookbook in 1932.

Are you too, a fan of, Stroganoff? We’ve got you a few selected recipes to master the art of making Stroganoff in your own kitchen. A creamy mushroom and herb sauce layered stroganoff dish that is served over mashed potatoes or pasta makes for a perfect meal. The light chunks of juicy golden seared chicken smothered in this savoury mushroom gravy is what spells comfort. A delightful and wholesome take on the classic stroganoff wherein the addition of asparagus and rosemary makes this a mouth-watering affair. 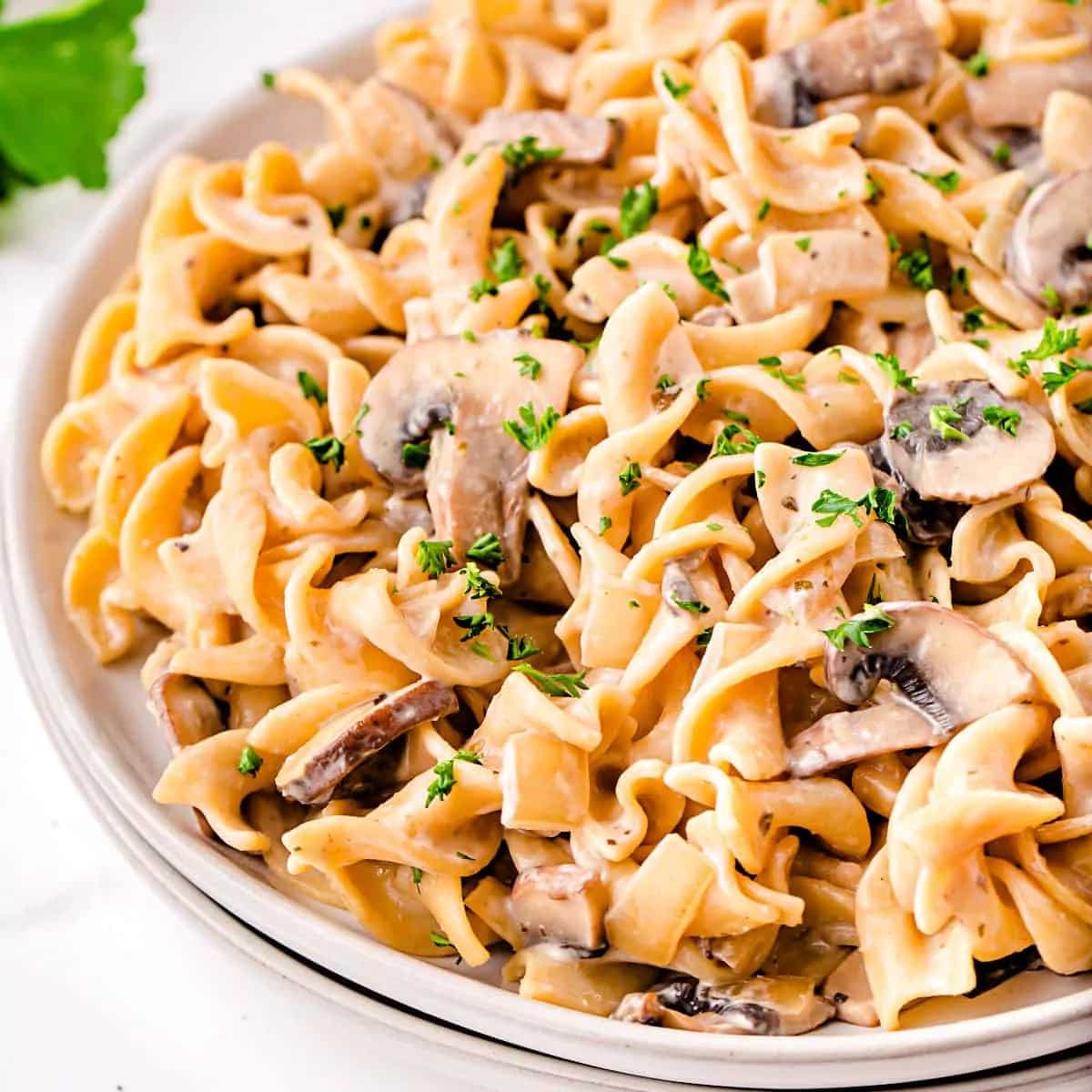 If beef, chicken or mutton isn’t what your thing is, this creamy, velvety blend of mushroom with heavy cream, Italian seasoning, and salty Worcestershire sauce is sure to impress you. 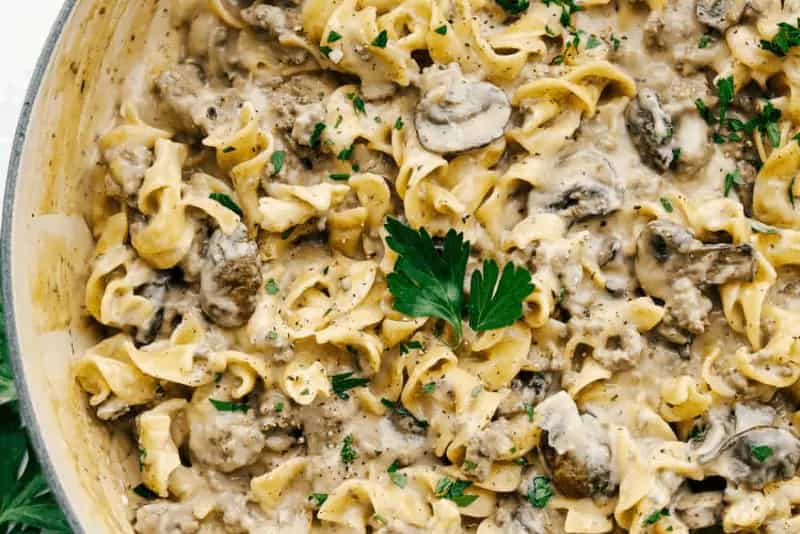 Here is a classic beef stroganoff full with sauteed and tender onions, mushrooms, and a luscious creamy sauce. 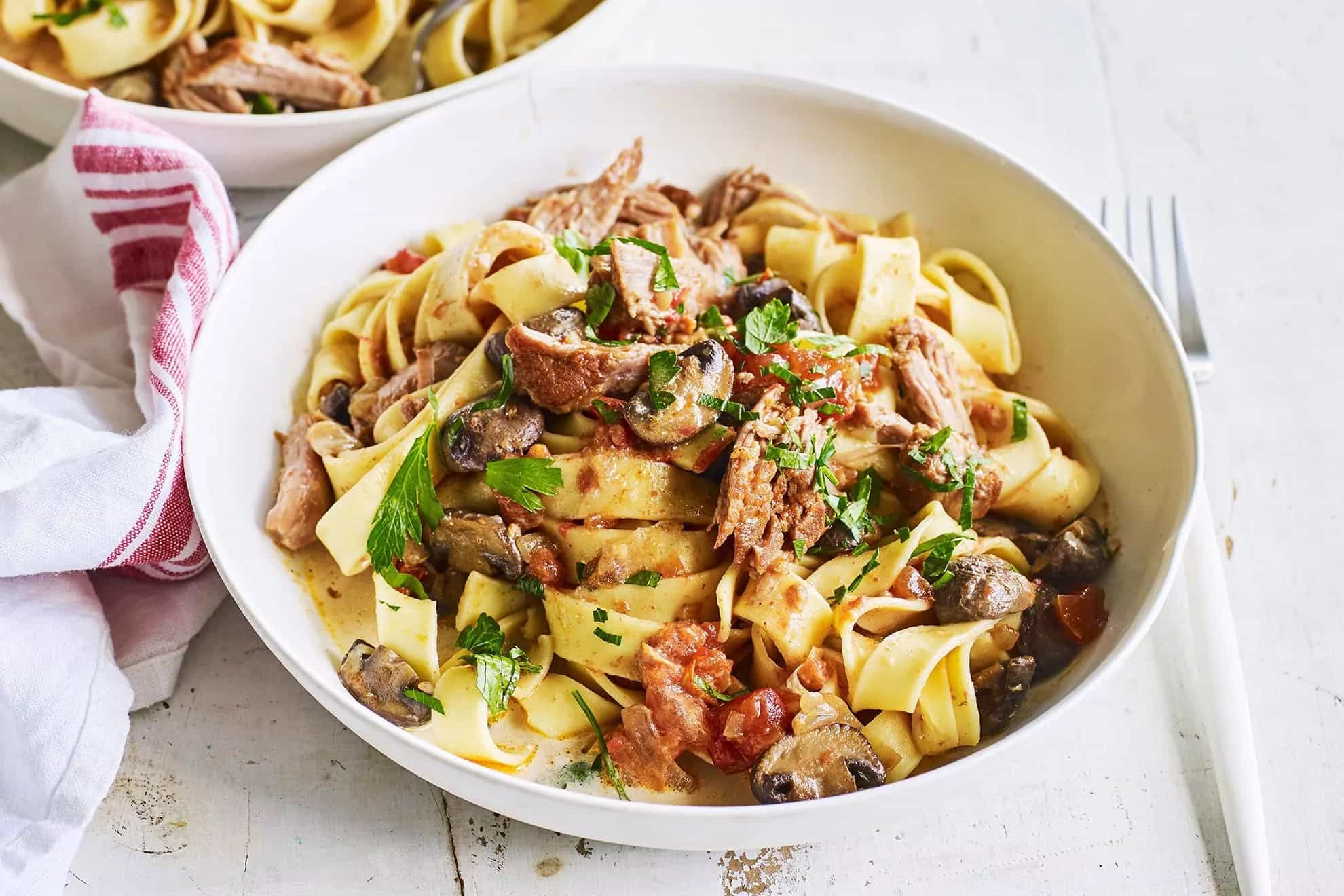 Make your weekend dinner all the more memorable with this pork stroganoff that boasts of flavours of paprika, garlic, roasted port fillets, Worcestershire sauce and more. 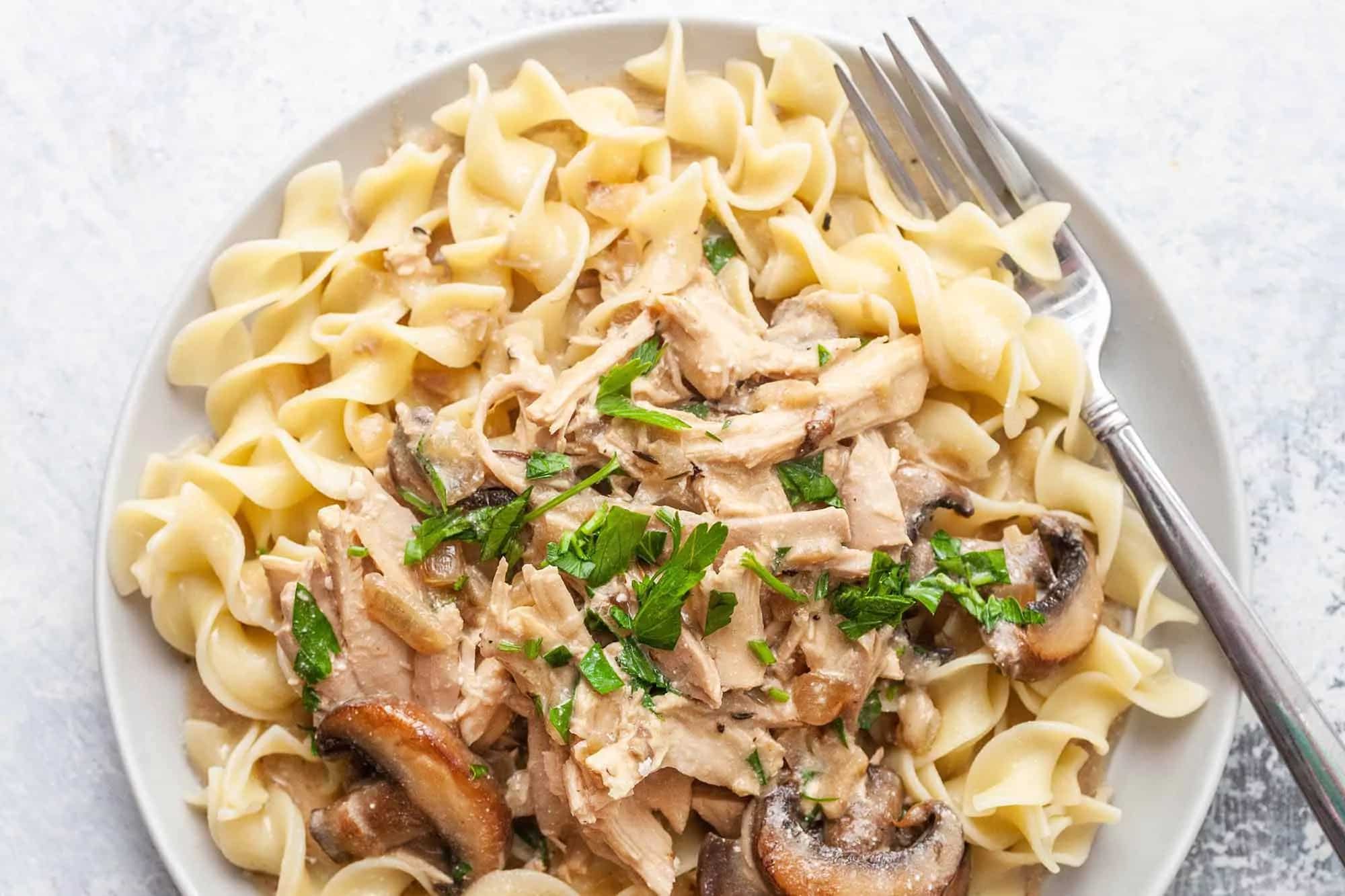 Shredd rotisserie chicken makes for one of the best additions to a stroganoff. Perfect for busy week nights, this dish with tangy and creamy flavours is all things yummy.