The sixth day of Durga Puja is known as Durga Shashti. It holds a unique place in Bengali mothers' hearts. According to legend, Goddess Durga and her four children: Saraswati, Laxmi, Lord Ganesha, and Lord Kartikeya—arrived on earth on Maha Shashti. Amontron, Bodhon, and Adhibash are the ceremonies performed on this day. Everywhere, 'Dhaak' drums are beaten to herald the advent of Goddess Durga. She is considered to be the Mother of the Universe. Resonating with this thought, Bengali mothers observe a fast on this day to protect their children. It is believed to shield their offspring from evil.

The mothers abstain from a lot of delicacies and follow the laid down rules of Shashti Uposh, or fasting. The Durga Shashti cuisine is exclusively vegetarian. It also contains fried foods. Roti and other burnt, charred meals are not permitted. Mothers can't have bread. Ritualistically, rice is not allowed. Vegetables and dals are prepared without onion or garlic. Even the use of ginger is barred in a few families. And naturally, desserts are the highlight of any festive buffet. On this day, rice is typically not consumed. However, these restrictions are on the one observing the fast. Everyone else in the family is free to indulge in whatever they like. However, eating non-veg food is by large not allowed in many families. Even vegetables which are oven baked shouldn't be consumed. 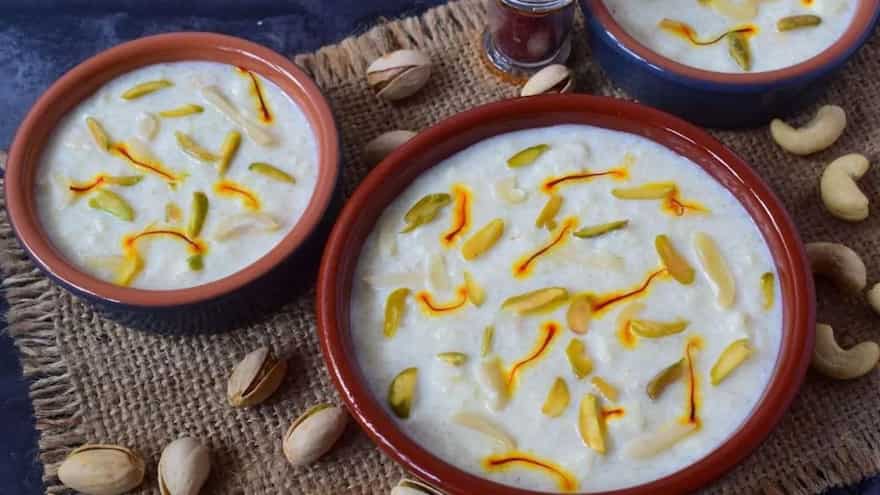 The options for sweet something are many. Thus, many families cook chanar payesh, narkoler malpua, sabudana payesh and desserts without using rice or its flour. For healthy sweets, many mothers also rely on seasonal fruits and juices.