The actor was in town promoting his upcoming film Liger Vijay Deverakonda, who is currently promoting his upcoming film Liger with Ananya Panday in different parts of the country, was recently spotted at a popular tea stall in Patna. It was an unexpected visit that took everyone by surprise as he sipped tea at the stall.

Although the actor is known for his films like Arjun Reddy, Geetha Govindam, and Dear Comrade, what is not spoken about much is his love for food. Recently, he visited Patna’s popular Graduate Chaiwali stall, and ended up surprising the owner of the eatery. Set up outside the city’s Women’s College, the stall is run by Priyanka Gupta, a student who started her own tea stall in front of her college. 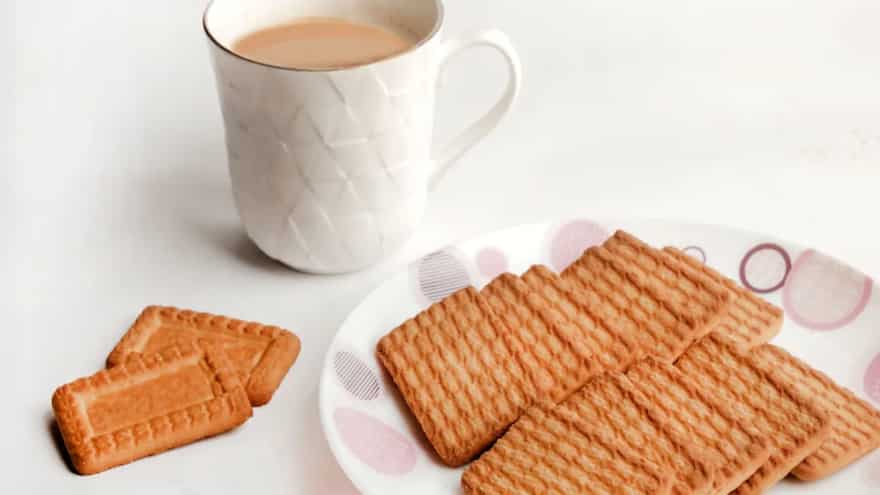 The actor interacted with Priyanka and even enjoyed his tea in a kulhad. However, this isn’t the first instance that proves his love for food. During their film promotions in Gujarat, he was seen gorging on a huge Gujarati thali with his co-actor, Ananya. Both of them dug into dhokla, khaman, poori, gathiya, papad, mohanthal, and other Gujarati delicacies, and enjoyed them to the core.

Vijay is in fact a foodie who loves anything tasty. For instance, his beer and burger combination. And not just that, he also believes in keeping himself hydrated by drinking water on an empty stomach each morning. He even includes fresh juice in his diet. But coffee seems to be the love of his life, according to his Instagram stories. Things that make him happy are mangoes and coffee, according to a report by the Times of India. Moreover, he considers Europe the best food destination.

Vijay Deverakonda Enjoys Biscoff Tiramisu; Here’s All About The Dessert