Vegemite – The Taste Of Australia’s Heritage Vegemite is as much a part of the Australian legacy as a kangaroo. While the rest of the world considers vegemite to be an acquired taste, Australia eats vegemite covered toasts for breakfast every morning. It is a condiment that has become the symbol of Australia and its food. So, what exactly is the country’s obsession which Vegemite, when was it first made, why did it become so popular and how can you eat vegemite? Let us try to answer these questions today.

Vegemite is a yeast extract which was ordered to be made in 1919 in Australia after the supply of British Marmite was stopped due to the World War. It was prepared from concentrated clear liquid yeast extract blended with salt, celery and onion extracts to form a sticky black paste. Initially, the product was a failure as post the world war, Marmite flooded Australian markets and people went back to buying it, due to Marmite being a tried and tested product. But it regained its lost market share during the 2nd World War, when bottles of Vegemite were given out as a part of ration kits to the citizens. Every 9/10 house had a bottle of Vegemite in their kitchen and this was precisely the time when the popularity of this peculiar tasting condiment grew.

Besides being a very popular condiment, Vegemite is also vegan and extremely healthy. It has a lot of Vitamin B2 and reduces the frequency of migraines in people. Vitamin B is also known to reduce stress, anxiety and fatigue. Because Vegemite is completely plant based, it is also a great option for vegans and can be enjoyed guilt-free by anybody. 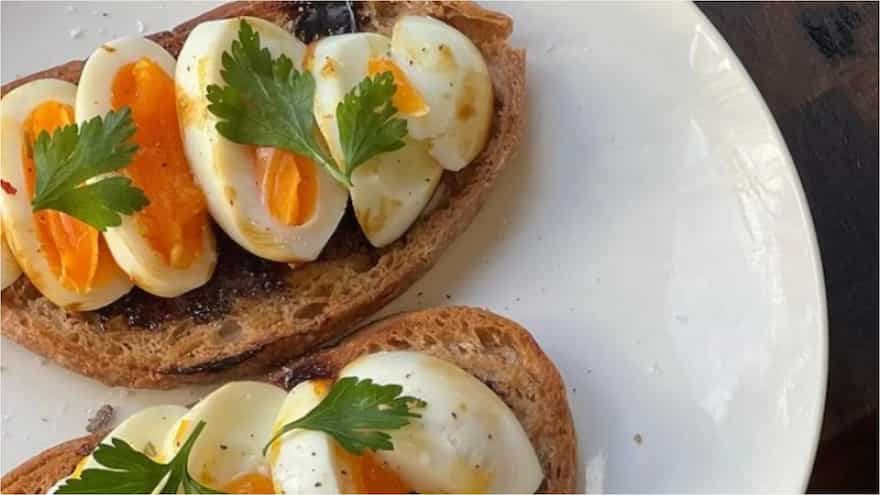 Vegemite can be eaten with eggs, avocado or toast | Picture credit : Instagram - @twelvebelles

For most Australians, Vegemite is a slice of their childhoods, a nostalgic memory that reminds them of home even if they go out of their country. Although, a fun fact about Vegemite is that it was not even owned by an Australian company till 2017, with its ownership being in the hands of Mondelez International, based in the United States. It was finally bought by the Australian company Bega Cheese Group. It is a savoury, strong flavoured condiment that is eaten in a small amount due to its overwhelming taste. Let us look at some of the ways that you can eat this Australian condiment and not get put off by its unique flavour.

Take a slice of bread, lather it with salted butter and spread a small amount of vegemite on it. This is the most common way of eating vegemite and getting used to its taste.

Avocado compliments Vegemite really well. All you need is a slice of toasted bread, butter, half an avocado and a little vegemite to put together.

Cheese and vegemite are a match made in food heaven. A slice of cheese in your classic vegemite toast can enhance the taste of it multifold.

Just like toast, vegemite tastes great when spread on the top of a buttered cracker. This can be enjoyed as a snack in the morning or evening.

Vegemite can be combined with eggs, pork and beef to make delicious dishes too.

What’s Is Australian Chicken Salt? What Makes It So Special