Our busy days require the perfect start and these breakfast dishes are the best way to get it. The days when we leave our homes and wander out into the bustling streets. On our way to work, we would frequently gorge ourselves on a variety of delectable breakfasts in Mumbai's back lanes. These popular dishes are everyone’s favourite breakfast, especially the Mumbaikars.

When we were in a hurry, the basic Mumbai vada pav was always the answer. We're already salivating over the prospect of deep-fried potato dumplings and zesty spices wrapped within warm and fluffy pieces of bread and topped with tart red-chilli chutney. When vada pav is served alongside steaming chai, mealtime becomes even more enjoyable. Anda bhurji holds a particular place in our hearts for all of us. This is one of the favourite breakfast meals in Mumbai. Whether it's bhurji or scrambled eggs, we love eating a hot platter of bhurji pav on the streets of Mumbai and getting extra pav to finish the bhurji.

If you commute by train on a regular basis, this must be your go-to snack. The soft maska pav can be found outside practically every Mumbai railway station. In fact, some folks arrive early at the stations so they can eat some delicious maska pav and chai before starting their day's work.

The desi snack poha is defined by three words: simple, tasty, and nutritious. It is one of Maharashtra's most popular breakfast options. This is popular not just in homes, but also on the streets. We love to stand on the street and gobble down poha served on those large plates right now. On the noisy Mumbai streets in the morning, who doesn't miss teekha samosa pav with khatti-meethi chutney? We certainly do! Most of our daily routines include sharing these samosas with coworkers or friends or carrying extra samosas for others. In Mumbai, this idli joint on a bike is known as 'Cycle Idli Wala,' and it offers idly for just ten rupees for each plate. And out here, the homemade coconut chutney is absolutely delicious. The way vendor would quickly hand us a throwaway plate, thrust idlis onto it, and then pour chutney on top before serving to the customers. Starting the day with these fluffy, delectable idlis brought a special kind of bliss. 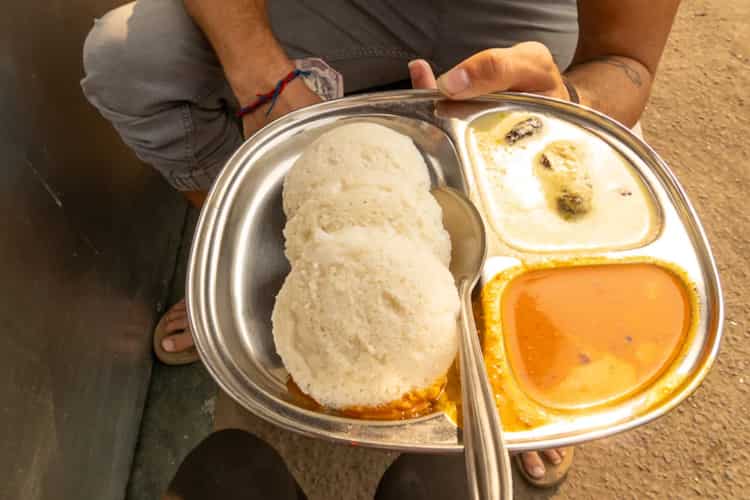 Those who like to frequently visit historic Parsi eateries for a quick local breakfast are well aware of their fondness for kheema pav. What a way to start the day with morning chai, kheema pav, and the newspaper! Good days will come, and we'll be able to savour these delectable goodies anytime we visit Mumbai to satisfy our wild food desires!