Unsure Whether To Eat Honey If You're Vegan? Know Here

Given that honey is a bee product and bees are animals, honey is naturally not vegan It's a heavily debated subject whether honey is appropriate for a vegan diet. Some vegans agree that honey is a natural byproduct of agricultural and plant pollination and is therefore okay to consume. Nevertheless, an animal—the honeybee—is the producer of honey. That presents a moral dilemma for more extreme vegan adherents.

As natural pollinators who support the growth of plant life, bees produce honey as their principal byproduct. The honeybees collect sweet nectar from flowering plants, store it in distinct honey stomachs where enzymes start to break it down, and when these stomachs are full, they fly back to their hives. The honeybee now starts the crucial step of delivering the nectar to the beeswax by regurgitating what it has collected into the mouth of another worker bee. This procedure is repeated multiple times until the honey reaches the beeswax. The nectar is continually broken down and its water content is decreased by the digestive enzymes in the bees' stomachs, resulting in a concentrated nectar that can remain for months. In addition, the bees will use their wings to fan the honey. Additionally, the bees fan the honey with their wings to speed up evaporation. When enough water has evaporated, the honey is prepared to be sealed in beeswax and consumed over the winter when flowering plants are not readily accessible. To generate a small amount of honey, a large amount of labour is required—thousands of honeybees.

Also read: In An Era Of Plant-Based Food, How About Some Vegan Cheese? 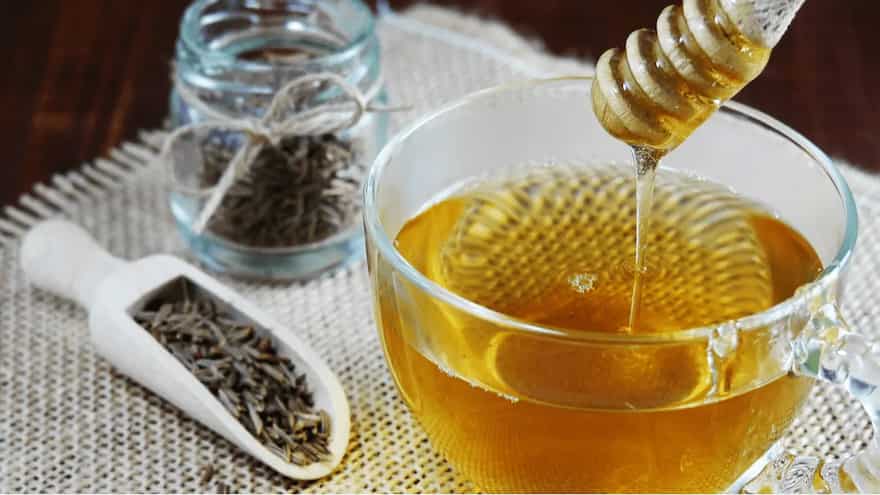 The kind of beekeeping and honey production is also important; commercial beekeeping sometimes receives harsh criticism and tends to have a much larger range of questionable consequences than natural or wild honey collection.

Honey has a long history of use as a food and a remedy. While it is deficient in vitamins and minerals, it is abundant in bioactive plant chemicals and antioxidants, which have been associated with a lower risk of heart disease, strokes, and several types of cancer. Additionally, honey can be applied topically to treat burns, wounds, and other skin disorders including psoriasis.

What is the ultimate word on whether or not honey is vegan? There is no question that honey is a by-product of bees and that the commercial honey industry is bad for the health of the bee population. Whether a vegan decides to consume honey ultimately depends on the individual, the choice between ethically and commercially produced honey, and your perspective on the idea that bees are sentient beings who should not be exploited. Those vegans who do decide to consume honey are generally referred to as "beegans."

Of course, there are many honey substitutes that can be used in baking and cooking instead of bee honey. These include maple syrup, date syrup, molasses, barley malt syrup, and agave nectar.

Vegan Eggs: Know All About This Plant Based Food