When hunger strikes, having some burgers is the only thing on everyone's mind. Perhaps nothing is more typical of hunger pangs than giving in to some burgers. Of course, you could just use any loaf of store-bought bread to serve your burgers on, but what other options are there? People have sandwiched burgers between a variety of layers, leaving us to wonder if there are any guidelines as to what is acceptable and what is not. Although some individuals have extremely strong feelings regarding buns, it may be worth having a look into whether the type of bun used for a hamburger genuinely influences the final product. Don't worry, they aren't too wild or difficult to find; we've compiled a list of some of the greatest choices to hold your burger patties. There is a bun on this list that will work for you, whether your goal is to completely start from scratch or if you merely want a small tweak.

Brioche buns are among the richest, softest, and tastiest burger bun choices. Because it contains sugar, butter, milk, and eggs, the French bread variety known as brioche is unique from other white bread. As a result, the consistency is airy, fluffy, and almost cake-like. A brief brushing of either egg or egg white wash before baking gives it a glossy appearance. Because of their airy texture, loaves are frequently split to make French toast. This is because they absorb any liquid they come in contact with. In the bakery or speciality bread section of your neighbourhood grocery store, brioche buns are typically available. It would benefit from a quick toast, like most buns do. Brioche might burn more easily because the dough contains additional sugar. You've already tried the options for simple white bread burger buns, so now you're looking for something a little more exciting and engaging. The pretzel roll comes in. Similar to traditional twisted pretzels, pretzel buns are made from plain bread dough. Baking soda and water are added during the boiling process, and then the mixture is baked with coarse salt on top. Since both pretzels and the hamburger's early development can be traced to Germany, this combo makes sense. The only bread with the strength to support all the ingredients in a loaded burger is a pretzel bun. Additionally, the hot mustard and cheese go fantastically with the distinctive pretzel flavour. Another excellent choice for a classic hamburger is a potato bun. These potato-based buns resemble traditional white buns but aren't quite the same. Since the 18th century, potato breads have been around. During World War II, when wheat flour was scarce, potato breads gained popularity in Germany. Because cooked potatoes contain starch, which is identical to the starch in wheat flour, the dish that was originally created out of necessity has gained its own fanbase. It turns out that baked potatoes have a fluffy texture that makes bread whiter and lighter than some types of wheat flour. Although you might think of English muffins as breakfast bread, they actually make excellent burger buns. They make wonderful burger buns and are very simple to locate at your neighbourhood grocery shop. Any kind of English muffin should do, and if you're feeling very adventurous, you can even create your own. English muffins are griddle-cooked rather than baked, so even before toasting, the surface has a lovely, crispy exterior. This keeps them from disintegrating in the face of the juicy burger. The portion size is ideal for those trying to regulate their intake. 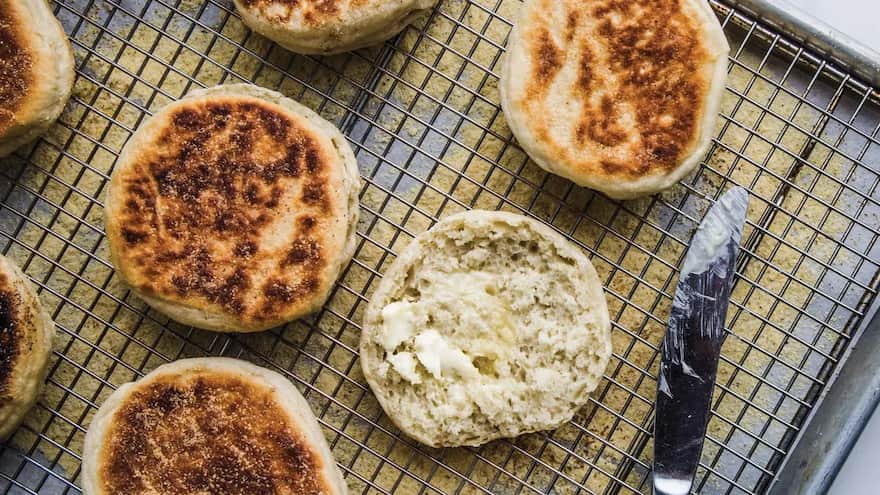 There is nothing wrong, of course, with a traditional white bread burger bun. If you choose the regular bun, there won't be any additional flavours to distract you from eating your juicy burger. If you want to prepare your own burger from scratch, you may quickly and easily make traditional white buns at home. The dough isn't as lean as ciabatta (Italian bread) in comparison, nor does it include as much sugar or fat as brioche. Milk, high-protein bread flour, and a hint of sweetness from evaporated milk and sugar give it some structure.

We tend to forget that sesame seeds aren't actually on a regular white bun because they are so prevalent on hamburgers. The seeds' distinctive, nutty flavour gives the finished meal a lot of flavour. One of the most popular burger bun options is lightly crunchy toasted white sesame seed buns, which are served by several really well-liked burger chains. The nutty sesame seed flavour is further enhanced if you toast the buns. Sesame seed buns became a popular addition to a traditional American burger when the concept gained popularity swiftly.