The Journey Of Maggi In India

From being an instant snack to becoming a go-to food, the story of your favourite noodle “Mummy Bhook Lagi- Bas 2 Minute” Is there anyone who doesn't recognize this tagline? In India, Maggi does not need any introduction. Whenever we talk about midnight cravings, Maggi is the first thing that comes to our mind. We all have fought for the larger share with our siblings. Though it was introduced as a snack for kids, this brand of instant noodle has reached the taste bud of every age group. From YouTube videos to Maggi points, this Nestle brand has been ruling our market for more than twenty years. 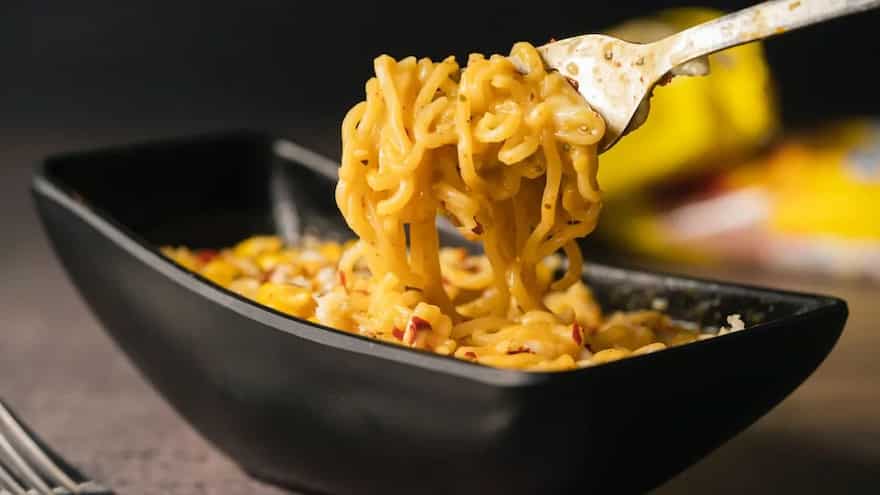 It was launched in the 1980s and within less than twenty years Maggi became the supreme leader among the instant noodle brands. Before any other brand could do something, with the tagline of “Health Bhi, Taste Bhi” Maggi launched its new variant with the name of Atta Maggi, for people who considered it to be unhealthy.

Till now you would think the journey of this Switzerland- born brand would have been very easy but Nestle has made a lot of effort to make it popular in India. In the initial years, when the company introduced Maggi in the market, it didn't seem to make the required customers. But with the changing eating habits of people, after 1991, the doors of Indian kitchen were opened for the ruling brand of instant noodle. Since then, the company has used a lot of strategies and techniques to attract customers such as choosing Amitabh Bachchan for endorsing the product and targeting Indian mothers for attracting customers.

Everything was going smooth until 2015, when the stardom of India’s favourite go-to meal was hit by Food Safety and Standards Authority of India (FSSAI), as high measures of lead were found in the product and the No MSG mark was not as per the security guidelines. Its market share fell on the ground within no time with zero availability as it was labelled hazardous by FSSAI.

But within one year in 2016, it came back with a two months prior campaign called #MISSYOUMAGGI and stated that all samples of Maggi Noodles have been cleared by National Accreditation Board and Calibration Laboratories (accredited labs for testing). And people welcomed it with open hearts. Today, Maggi has earned the same brand image and value it had before. More than three-fourth of its products are manufactured by keeping Indian culture in mind. Maggi holds about twenty- five per cent of Nestle's entire profits in India and its annual turnover is beyond 1000 crores.

Many other brands have tried and are still trying to compete with Maggi but the loyalty of customers has been locked with Maggi. Apart from instant noodles, the company has also launched products under the brand, which include Soup, Maggi Kappa Bhuna Masala, Masala-ae-Magic, Mania Instant and more. From being a two-minute snack to becoming a go-to experiment ingredient like Maggi Pizza and Maggi Samosa, the forty-year-old brand has ruled our palate and well as heart.

Jadoh, Mawkdok Maggi And More: 5 Local Dishes You Must Try In Shillong