The Ice Cream Story - The Coolest Scoop Of History The history of ice cream starts with the idea of having sugar-flavoured snow. The earliest ice creams were basically snow collected from mountain tops mixed with honey, sugar syrup or wine. There are many accounts of the Chinese, Japanese, Roman and Persian kings asking their slaves to collect snow from the mountains to make the earliest form of frozen dessert called the sorbetti, paving the way for what later turned into sorbets. These are, however, contested claims and there seems to be no concrete proof of the modern ice cream originating from the flavoured snow balls.

The introduction of the world to ice cream in the form that we see it today started with Marco Polo returning to Italy in the 1500s with the recipe for a frozen dessert, relished with fruits. It reached France when Catherine de Medici married French Henry II. Simultaneously, the royal courts of England had something called cream ice being served to the royalty. It was not until the 1600s that ice cream was made available to common folks. But it was still extremely expensive and only the elite could afford it. But a gradual shift happened because of modern advancements in technology. By the late 1800s, Ice could be stored for months due to improved refrigeration and ice cream could be delivered on ice cream carts. This made ice cream hugely popular among masses and ice cream consumption as well as production shot up. 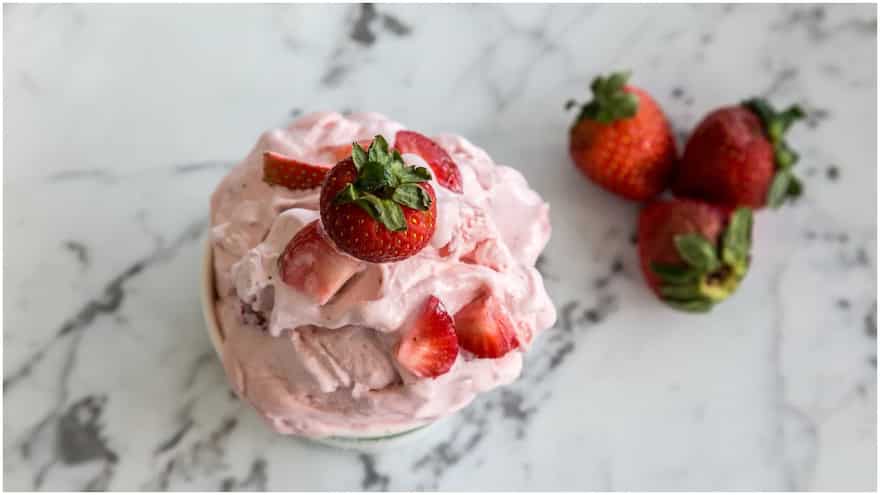 The most common flavours of ice cream enjoyed today are undoubtedly vanilla and chocolate. However, these were a few of the last flavours that paved their way into ice-cream making. The earliest flavourings used were honey, fruits, pistachio, berries and even bay leaves and musk. Vanilla only made an appearance in the 1700s and even then, it was a rare flavour. The popularity of vanilla ice cream caught on during the world war when military units started serving ice creams to their troops and ice-cream, vanilla in particular, became a public favourite.

Everyone loves a rich scoop of creamy vanilla ice cream. It's delicious, versatile (who hasn’t paired their vanilla ice cream with chocolate syrup) and leaves you craving another scoop. If you are one of those ice cream aficionados who cannot stop at a scoop or sometimes, a tub, here is a simple vanilla ice cream recipe for all your midnight dessert cravings! So, let all of us ice cream lovers stock up our fridges with yummy homemade ice cream. Cheers to never running out of a comforting scoop of ice-cream!

Exclusive: This Ice Cream Cake Hack Is A Quick Fix For Dessert