The History Of Baklava: Is It Greek Or Turkish?

The flaky, thin and delicate dessert from the Middle-East has a convoluted history that needs unravelling. 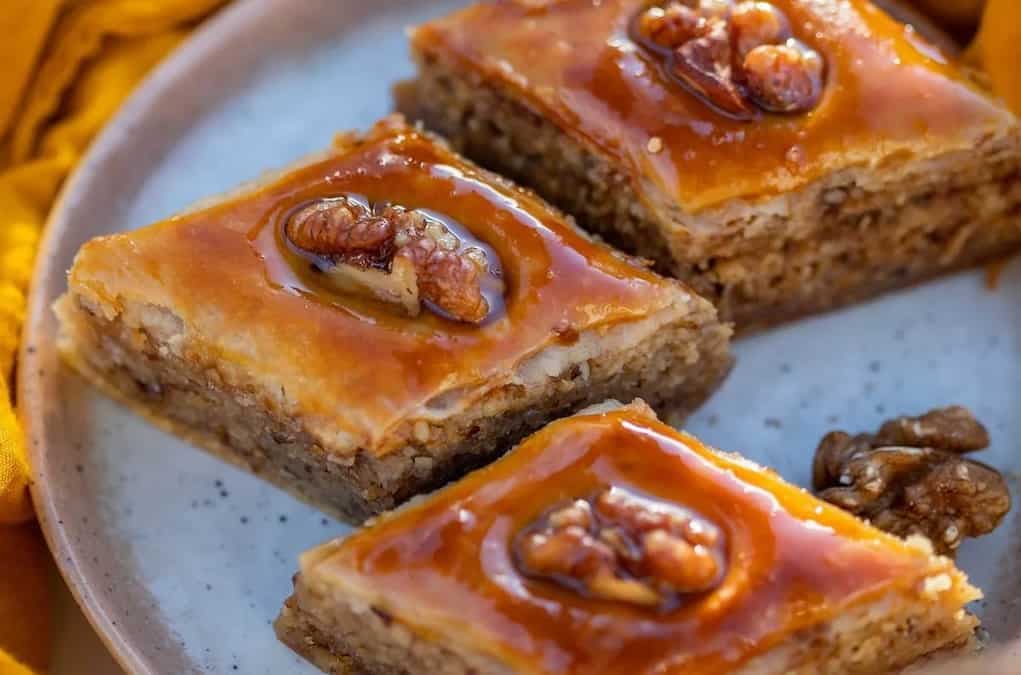 The Middle-Eastern cuisine may be well-known for its dips like hummus and plenty of other condiments but the region’s penchant for dessert is no stranger to us either. At any authentic Turkish restaurant, you’d find either one or both of kunafa and baklava in the dessert menu. Baklava is an acclaimed Turkish dessert that is made with thin sheets of pastry and stuffed with nuts and more. For the unversed, each slice of baklava is a delicate work of art. The phyllo sheets that are used for preparation of this dessert are very finely-made which lend baklava the status of a distinct filo pastry. While there are many variations of this sweet meat available today, the original recipe finds resonance in the Turkish and Greek versions.

The history of Baklava isn’t a simple string of events, where one thing led to another and the dessert was born. In order to understand the convoluted journey of baklava, it is important to trace the influence and spread of the Ottoman Empire in the 15th century. The Ottomans ruled many parts of the world, encompassing several nations under its empire. Due to this, it is hard to trace the exact origins of baklava. Since the 8th century BCE, the wealthy people of modern-day Lebanon and Egypt known as Assyrians were baking unleavened dough by filling it with nuts and honey and this is often considered to be the earliest form of baklava that one enjoyed during that time. 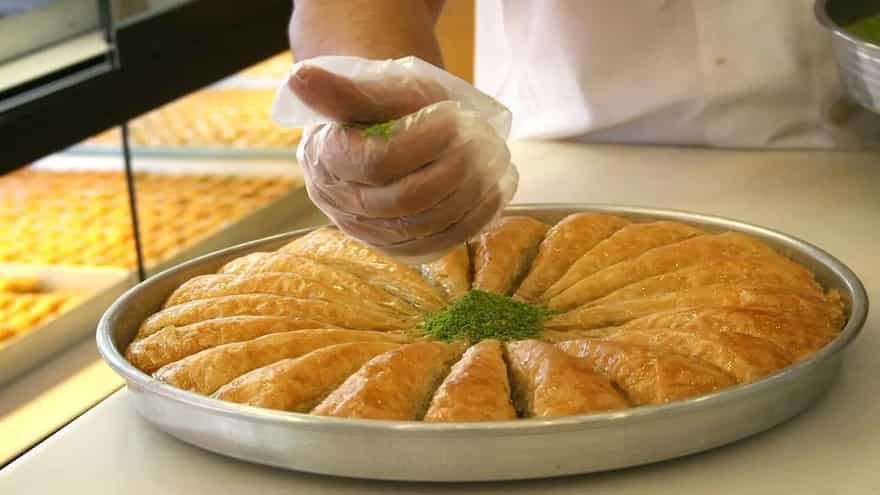 The ethnic Greek traders who spanned across the empire have been credited for introducing the present form of baklava to the western parts of the country from the Middle-East. The phyllo or thin sheets of dough are derived from a Greek word which means leaf. Contrary to this, the term baklava is believed to have Turkish origins. The act of piling up is called bayla in Mongolia and the word bakla from baklava is what refers to this method of filling the phyllo sheets. While the etymological connection of this dessert is connected to both the Turks and Greeks, it is the way this delicacy is prepared that brings out certain distinctions.

Legend has it that the Sultan who ruled the Ottoman Empire during the 17th century, followed a tradition at Istanbul’s Topkapi Palace. Here, a baklava parade was arranged on the 15th day of Ramadan, where trays of freshly-prepared baklava were served to the soldiers who marched in a procession carrying them. This was done to appreciate the army and salute their strength. This baklava was usually soaked in rose syrup, filled with pistachios and cut into bite-sized squares, bearing huge resemblance to the Turkish baklava sold in Gaziantep today. However, the Greek baklava boasts a thicker and denser phyllo, layered with lots of walnuts and honey. The flavours of cinnamon and cardamom find place in this baklava too.

Interestingly, it is these slight variations that point towards the fact that baklava was a result of intermingling of cultures during the Ottoman reign and was an outcome of a cultural exchange between the Greeks, the Turks and many other regions that were influenced by the empire.

Viral: This Baklava Recipe Video Has Got Netizens Hungry