Considered the ‘queen of fish’ for its delicate taste, aroma, and texture, you can never have enough of hilsa Recently, at an Onam sadya spread out at the 24-hour dinery of a star hotel, the non-veg options listed Meen Polichattu, a Kerala-style signature coastal food, which comes wrapped in a banana leaf with basic spices of ginger-garlic paste, pepper powder, and some other basic seasonings of salt, lemon juice, and cumin powder. While the first look of the fish was appetising enough, it was a tad disappointing to learn that the fish used was basa, and not pearl spot or karimeen, as is traditionally done in Kerala. Obviously, the dish was just not up to the mark, unlike the rest of the excellent Onam spread.

But that’s the thing. Most commercial F&B establishments use basa as the mainstay of fish preparations, as it’s economical, easy to handle, and has a neutral flavour and texture, being almost sans any fishy smell. In fact, it is so ubiquitous in restaurants these days that after ordering Bhetki Fish Fry from the menu on a lunch outing not too long ago, I found the bhetki not quite tasting like the real McCoy. I soon learnt that the junior sous chef had used basa in place of bhetki, that day as the fish vendor had not delivered the goods. Since the head chef was on leave that day, I could only express my annoyance with the manager for not being briefed, while placing the order. He, of course, did not charge for the same, but I couldn’t help feeling terribly shortchanged. I can almost visualise my Bong friends having a seizure on reading about this sacrilege committed.

Basa being a freshwater fish, is abundantly available in the Mekong River of Vietnam and is also farmed in ponds, tanks and cages close to the Mekong wherever it courses through mainland southeast Asia. The bottomline is that you can never run short of basa in today’s world, it seems. As opposed to its rare-to-source and, therefore, precious freshwater cousin, the hilsa, which is most certainly the fish du jour, going by the current season.

The very name hilsa evokes respect and awe among the fish-eating community, as it is not always the easiest to procure, in terms of size, quality and price. In fact, if you browse through the social media feeds of foodie groups from different metros and cities, one of the most trending ones now would be invariably about hilsa fish prices and availability. Hilsa with roe is considered the most prized possession in this season (right from the onset of monsoons in fact) and even meat-based apps, like Licious, have upped their hilsa quotient. In Hyderabad, Bengali fish vendors have got their own sources of the best-sized Ilish from either West Bengal or if they are better-networked, straight from Bangladesh.

Even then, restaurateur friends lament that the best-quality hilsa (Bangladesh river variety, as opposed to the ones fished from the seas) remains elusive, and so Bengali eateries struggle with this paucity every single year.

Why is hilsa considered such a prized fish? First, just like salmon, tuna, and cod, besides being high in protein and calcium, it is rich in Omega-3 fatty acids and amino acids. So, hilsa is a fish loaded with nutrients. Besides, the taste is delicate, tender, creamy and with the softest bones. If you have ever tried the Smoked Hilsa from Oh! Calcutta, you would know what I am talking about.

No wonder, the late bard Rabindranath Tagore’s family heirloom recipes have several hilsa dishes, which were offered to important guests at the Tagore household, setting standards in gourmet fare coming out of their kitchens. Ilish Paturi (hilsa wrapped in banana leaf and steamed in a mustard marinade) Bhapa Ilish, Shorshe Ilish (my favourite, a mustard-poppy seed-coconut-green chilli paste marinade), Ilish Beguner Jhol (hilsa cooked with eggplant in a light and simple gravy), and Ilish Tel Bhaja (where the fish is fried with mustard oil in a basic marinade of salt and turmeric and allowed to simmer in its own oil, the tel or oil which oozes out of it while frying considered a delicacy in itself) are all considered gourmand fare. 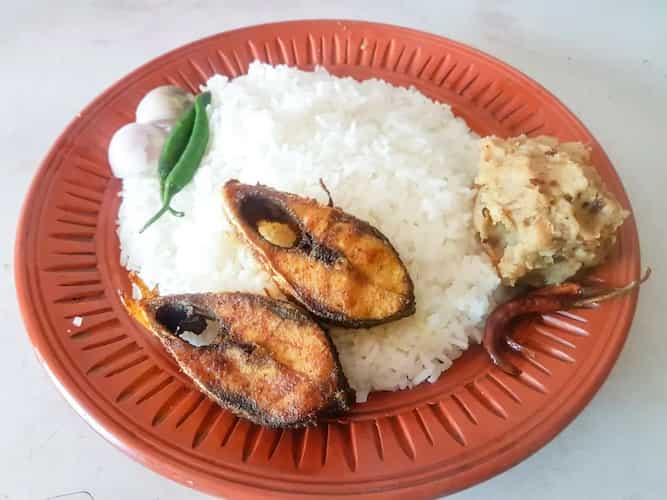 Farzi Café Kolkata had a Ilish Utsav promotion, which showcased absolutely scintillating creations, completely turning classic traditional Hilsa recipes on their head but succeeding in charming palates, at least going by its Instagram feed. Un-Earthed Pit Roasted Hilsa served with garlic naan, boneless hilsa fillet in a spicy red tandoor marination might appear to be a bit much, right? And how about Peri Peri Chilli Charmed Hilsa served with Laccha Paratha?

I don’t know what classicists had to say about these variations, but going by the Instagram feed of well-known food bloggers and critics, the results were quite pleasurable and succeeded in charming quite a few palates. It is hilsa, at the end of the day, you see!

In Andhra Pradesh, the nearest equivalent to hilsa is the pulasa, which is also much-coveted and commands a very high price, beginning ₹5,000 per kg. This is much above the price of hilsa, which begins at about ₹1,200 per kg. Food experts opine that it’s the silty mud found in River Godavari, which accounts for the delicate texture and taste of Pulasa.

Hilsa is in fact the national fish of Bangladesh, which can claim to have the most premium variant of this fish in the rivers and estuaries of the Padma and Meghna river basins in Bangladesh, though it is also found in India, Pakistan, Burma and the Persian Gulf area, where its found in the Tigris and Euphrates rivers in and around Iran and southern Iraq. Bangladesh accounts for 86% of the world’s hilsa production, and around 1 percent of GDP is accounted for by hilsa production and exports. 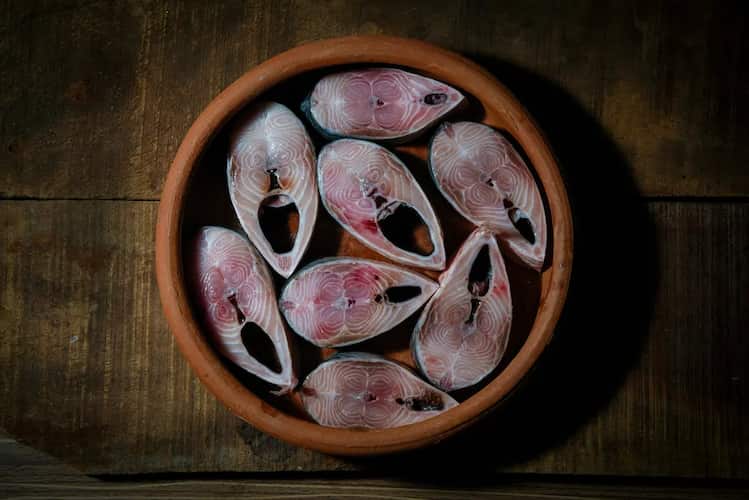 To discourage unethical farming and fishing of the silver torpedo-shaped fish, Bangladesh bans fishing for almost the entire month of October, because it is the spawning period, the time when mature hilsa moves from saline water of the seas to the sweet and fresh water of the river to hatch eggs, so the spawning period is given due consideration by the government of Bangladesh to boost the production of hilsa, which had been hurtling towards near-extinction even a decade ago.

There was also an official ban on export of hilsa fish to India imposed by Bangladesh from 2012-2018, which has been relaxed in phases since 2019, allowed during Durga Puja. Very recently, one read of hilsa diplomacy was exercised by Ms Sheikh Hasina, the prime minister of Bangladesh visiting India to discuss economic ties with India, foremost among them being sharing of the waters of River Teesta.

In the first week of September, a huge consignment of 8.5 metric tonnes of hilsa fish from Bangladesh arrived in the markets of Kolkata ahead of Durga Puja. Earlier in the year, the chief minister of West Bengal, Mamata Banerjee had requested the visiting Bangladesh commerce minister Tipu Munshi to have hilsa sent to India this festive season. So we must remember to thank Mamata Di when we raise a toast with Shorshe Ilish, this season.

The fermented 'hilsa' nobody talks about