Kolkatans and Bengalis have harboured a love for crispy-crunchy treats since the time Haridas sang about his bulbul bhaja, or even earlier. These are an essential component of Kolkata's cuisine culture, just like they are in the majority of the nation, and several of the treats on the list are well-known outside.

Popular snacks such as jhalmuri and muri makha have even crossed international borders. Jhalmuri has been the subject of songs, and like its cousin bhel puri from Mumbai, it has a fan base.

However, when it comes to crunchy street snacks like jhalmuri, there is a long list of items available at almost every nook and corner of the city that are also popular at melas. They are simple offerings, but they have a place among the city's street food staples. These crispy mouthfuls are a must-have.

This is not your typical snack; it's usually served as an accompaniment to khichuri or dal, or with chutney at the end of a festive meal. During Rath Yatra, makeshift papad bhaja stalls can be found in almost every neighbourhood of the city. This is another delicious dish on the list, often known as badam patali or badam kotokoti. This almost chikki-like snack, which is available in small square or circular shapes and is best enjoyed in the winter, is made with peanuts and sugar or gud. Nearly everywhere sells badam chakti, from little shops to melas, from stalls to train vendors. This dish is a family favourite that is frequently prepared at home during the winter.

Potash badam is simply roasted peanuts in their shells. You use your fingers or teeth to break the shell and get to the nut inside. The main attraction of this snack is the breaking of the nutshell. Melas are usually the best places to find them, but you might see one at a public attraction, a temple, or on a train.

Small lentil fritters, which were normally served with dal as part of a Bengali lunch course, have evolved into a well-liked street food treat. These spicy fritters, which have a crunchy outside and a fluffy interior, are served with green chutney and are simply too good to pass up. In Kolkata, it's hard to find a neighbourhood without these fritters, and the vendors in Gariahat are among the most well-liked. Chanachur, peanuts, chopped onions, green chillies, and the star of the snack, the sour amra, are combined to create the mouthwatering delight. Raw mangoes are occasionally used in place of the amra. On trains, ferry ghats, and parks, ghoti gorom vendors also travel. You will smile every time you see someone selling it, even though it is less prevalent now than it previously was. 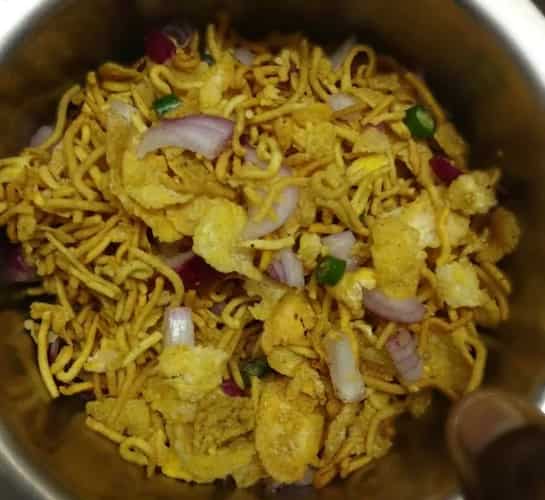 If you notice closely, jhuri bhaja is deep-fried besan noodle sprinkled on top of jhalmuri, chaats, dahi vada, bhel puri, and other street foods. However, the crunchy topping is also a well-liked salty snack. There is a wide variety of crunchy goodies to pick from, including thin to thick, sealed packets to thongas, and shops to melas. 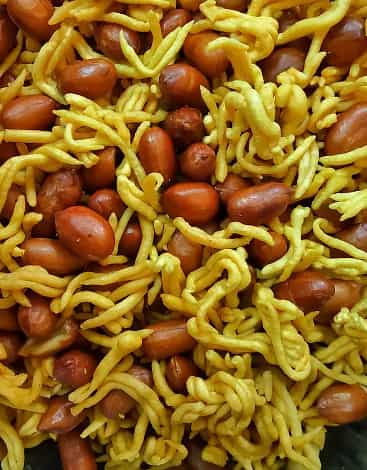 It is a crispy delight that is occasionally difficult enough to test the strength of your teeth, hence the name "kotkoti." It is made with maida, deep-fried, and then covered in gud. In any mela, gur kotkoti is a key participant. People purchase these sweet delights in grams from the snack stands offering jilipi, nimki, and other fried foods to carry with them and chew on while exploring the mela. Since gud is a seasonal food, there is also a sugar version. However, the gud’s deeper colour version has its own appeal. The snack is frequently offered in neighbourhood stores and railroads.

The crispy nimki is available in both salted and sweet variations. These diamond-shaped, crispy delights made with maida come in small packs to branded ones, and there is also a homemade variation known as kucho nimki that is typically prepared during Bijoya Dashami. The Madan kotkoti, which are tiny, cuboid-shaped, fried cookies flavoured with kalo jeere, is another delicacy similar to nimki. Even though they are mostly prepared at home, you may find them in charming, smaller stores in the city.

The kaidana are a chatpata-style, spiced-up variation of the nimki. The little, square-shaped savoury appetisers are made of maida, deep-fried, and generously masala-dusted. The kaidana has undergone some branding over the years and is offered by regional shops in addition to melas.

Gobindobhog: The Aromatic Bengali Rice Is A Festive Favourite

Bengali Pickles: A World Away From Their North Indian Cousins