The actor-singer was spotted indulging in a variety of dimsums There are a few people who manage to maintain a healthy diet while satisfying their cravings. Shruti Haasan is one among them who knows how to strike that balance. The daughter of actor-director Kamal Haasan is known for the many facets of her personality, and her foodie side has not been hidden from us. She was devouring dimsums this weekend and we couldn’t take our eyes off them.

Recently, Shruti took to her Instagram stories to share glimpses of her binge over the weekend. While we know very well what a die-hard foodie she is, we didn’t know about her love for Asian cuisine. The actress enjoys trying out new cuisines and flavours and often shares them on her social media. This time, it was dimsums on her mind. Dimsums are made with a certain starch like rice, wheat, maida etc., and filled with stuffings like vegetables and meat. Packed in different shapes, sizes, and flavours, dimsums are believed to have originated from the Cantonese cuisine. 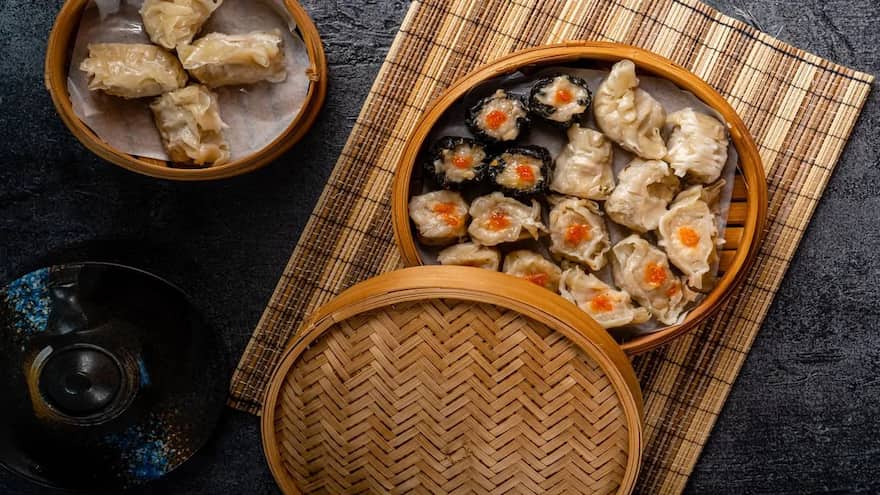 Shruti’s Instagram stories were a series of dimsums in traditional bamboo boxes, laid out on the table. There were about five different kinds of dimsums, with hints of blue and green in it. Some were sealed dimsums, while others were the open variety. Some were round-shaped while others had a pressing impression at the corners. Not just dimsums, the weekend indulgence also included some spring rolls and thick Chinese baos.

For the uninitiated, baos are leavened buns made with yeast and commonly eaten in Chinese cuisine. They can be stuffed with vegetables, meat and or served plain too. Shruti’s Asian spread over the weekend looked really tempting and made us crave dimsums too. Not just savoury, the actress has a big sweet tooth too. She loves to devour desserts, as she told her one of her AMA sessions on Instagram once.

She revealed her love for ice creams, her favourite flavour being vanilla, which is “boring yet good”. In fact, the foodie singer also likes to cook. However, earlier this year, she expressed how her love for cooking had died in the summer heat. Although she’s in no mood to cook these days, Shruti is definitely making up for it by eating out while maintaining her physique.