Legend has it, that the Pav Bhaji has a connection with the civil war of America that took place around 1860s. As much as I cannot imagine the Indian food space without gol gappe and aloo chaat, I cannot see it without Pav Bhaji too. Inarguably one of the best gifts from Maharashtra, Pav Bhaji is a lip-smacking treat that can instantly tantalise your taste buds. Crispy toasted and buttered pav, served along with spicy bhaji made with a mixture of vegetables, topped with some chopped onions and a dollop of butter, I'd be lying if I said I’m not slurping right now. But did you know the humble beginning of this tantalising street food?

Legend has it, that the Pav Bhaji has a connection with the civil war of America that took place around 1860s. During the civil war, it is said that there was a huge demand for cotton. And the traders at the Bombay cotton exchange used to be very busy especially during the night, due to the different time zone the new cotton rates used to be telegrammed from America, because of which the traders used to return home late and the annoyed wives would not serve them food. So in order to feed their hungry stomachs, they would collect the leftover bread from the Jesuit priests and then mix the vegetables available to them at the time, mash them together and eat with the bread and butter. And thus pav(bread) bhaji(vegetables) took birth. Doesn’t the humble delicacy have a humble origin too? 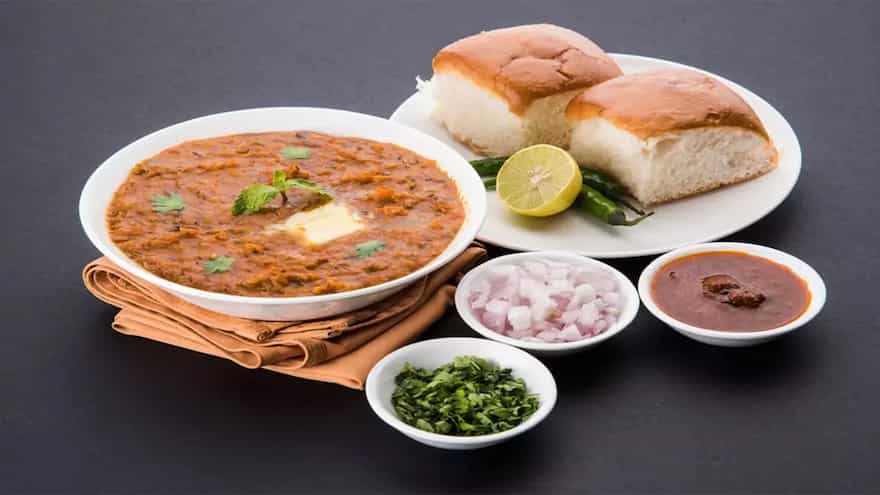 Today there are several popular variations of it. There’s Jain Pav Bhaji which is made without onion and garlic, and uses raw bananas instead of potatoes and mashed peas. It is available in Gujarat and several parts of Maharashtra too. On the other hand, Kathiawar in Gujarat has its own special cuisine wherein the pav bhaji has local spices lending a very distinct taste, and it is usually served with a glass of buttermilk.

The Punjabi Pav Bhaji comes loaded with extra bit of spices, whole spices, generous amount of butter and is served with a glass of lassi.

So which of these pav bhajis are you going to try? Here’s one pav bhaji masala recipe that you can try at home to begin with.

Chicken Inside Vada Pav: Will This Recipe Rock?