Paryushan 2022: Dishes To Be Relished On This Auspicious Day

Paryushan Parv is a festival of forgiveness and is celebrated widely among Jains. Paryushan Parv is one of the most significant festivals celebrated among Jains. It is known as the king of festivals. This year it is going to be celebrated from 24th August for Shwetambar Jains and from 31st August for Digambar Jains. Paryushan is a festival of forgiveness. The ultimate goal of this festival is to attain salvation for the soul. During Paryushan Parv, Jains follow the enlightenment path through prayers, meditation, and fasting.

Also Read: How To Make Jain Pav Bhaji Without Onion And Garlic? Delish Recipe Inside

Jains are quite particular about the food they have and when it is Paryushan Parv, the rules are stricter. Food cooked during this much-awaited festival is cooked with minimal ingredients but is utterly delicious and mouth-watering. Jains generally don’t have garlic, onion, and potatoes but during the Paryushan week, they devoid themselves of eating green leafy vegetables and fruits as well. They prefer milk, lentils, milk products, rice, and cereals during the whole period of this festival. So, while being extremely careful, let us see some recipes for this Paryushan Parv. Have a look!

Without the use of onion, garlic, and even potatoes, this chaat is the best for Paryushan Parv. Believe me, this chaat tastes as good as the aloo one. Look how you can make it.

Not only in Paryushan Parv but this dish can go well on every occasion. Made with fewer ingredients, this dish is a must-try. Have a look. This Italian version of papad is everything you were looking for. Believe me, you will not regret having it.

Paryushan Parva would be incomplete without sweets. These Til ladoos don't only have festive vibes but are healthy as well. Wanna know how you can make it? See below. 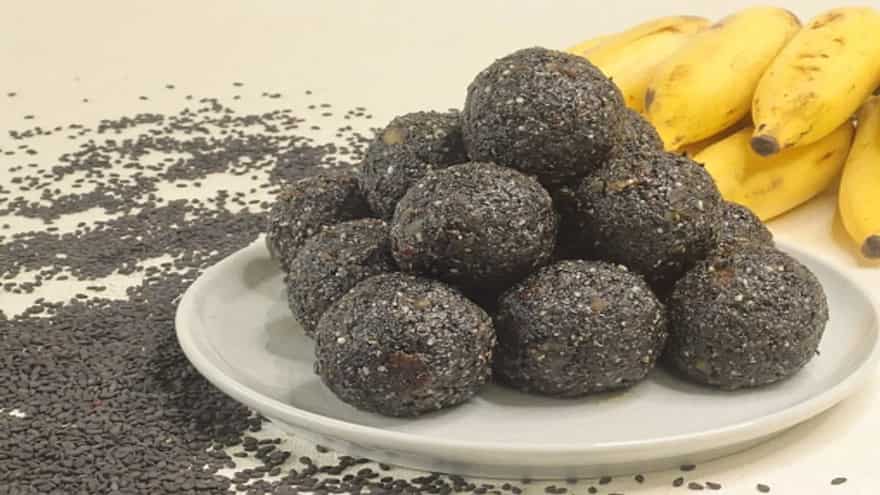 Here are the top dishes that we have selected for you for Paryushan Parv. Try them and let us know if you liked them.