Fusion food or dishes, classic and modern, tweaked for that extra sensory impact, are getting into a league of their own, from bizarre to pleasant Lately, I have been trying to ignore the desserts spread on buffets as if they are, for the most part, invisible. So, right from the Cherry Chocolate Mousse cake, Tres Leches and Tiramisu to the Double Ka Meetha, Nolen Gurer Rasmalai and Ada Pradhaman, it’s a no-go, as far as I am concerned. The agony of trying (and failing) to keep weighty issues under control, I tell you.

Last Sunday, however, I couldn’t resist the pull of the fifth deadly sin on sighting the sweet treat lovelies at an elegantly done-up Sunday Brunch (branded as the Fat Chef Sunday Brunch, I so hear them) at the 24-hour dinery of a star hotel in Hyderabad. Aligning with a nutritionist’s plant-based and vegan counter debuting at the brunch, the pastry chef had outdone himself in the culinary liberties department.

My attention was first drawn to some delectable-looking grass-coloured macaroons, placed under a signboard declaring Iceberg Lettuce Macaroons. Gobsmacking me was left thinking, does lettuce have any flavour of its own? Further investigation around the humongous counters revealed some more notable exotica, like Rhubarb Kalakand, Kaffir Lime Tres Leches, Jackfruit-Baked Yoghurt With Granola, Sweetcorn Sondesh, Palak Halwa, and then came the real deal - Drumstick Berry Cremeaux On Pressed Sable. That’s where I got completely confounded. The first thing I think of the moment I read drumstick is a good tangy-spicy sambar. And maybe, the superfood status of its global-celebrity-status-accorded moringa leaves. So, you would understand how intriguing it must have been to see the humble vegetable getting to the desserts counter in a fancy avatar.

A quick chat with Sudheer Kumar, pastry chef at Novotel Hyderabad Convention Centre, gave me an idea of the process - how they reduced the iceberg lettuce leaves, after steaming them for a bit, and puréed it, adding agar gar to thicken it and a bit of honey to sweeten it. They then used it as filling for the macaroons, which were made the usual way, but with much lesser castor sugar. The idea here was to use the good nutrient value of lettuce and other healthy vegetables like drumstick, even in desserts, so the healthy ‘living’ foods concept is adhered to for our themed brunches. The idea is to nudge people in that direction to at least get started.

While the above quoted instance had both culinary prowess and temperance at its core, food trends especially those around street food fusions, which are going viral on social media have ranged from bizarre to horrific. To remember a few, Oreo Cookie/Chocolate Pastry Pakoras, Pani Puri With Mirinda, Chole Bhature Ice Cream (horror of horrors, there is an idli version of the ice cream too). Street food fads to get those eyeballs and, hopefully, footfalls too, taste be damned, are clearly in a league of their own.

Maggi noodles top the popularity charts list in bizarreness quotient, no surprise there because of its mass appeal. If you thought chocolate sauce or Red Bull-Topped Maggi (cooked with capsicum and onion) was gasp-inducing enough, how about some Rooh Afza Maggi? Yes, that sickeningly sweet rose-flavoured syrup on savoury masala noodles, can you imagine the taste? 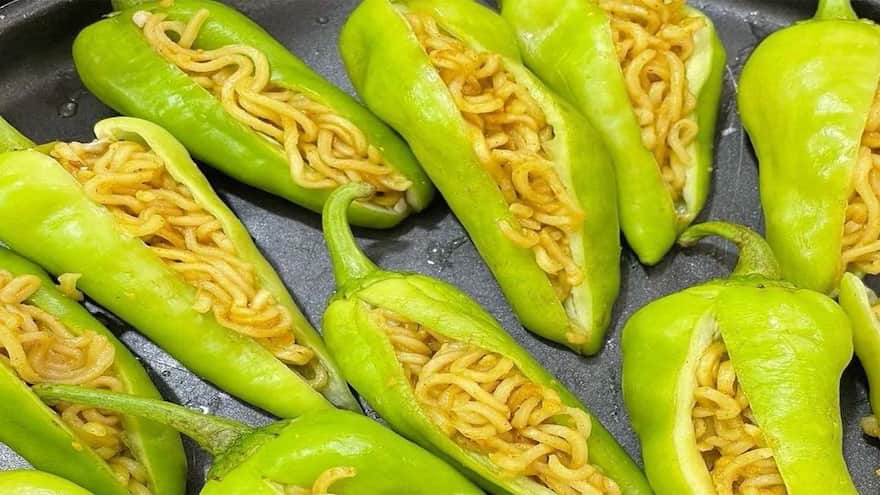 Bizarre renditions of Maggi are becoming all the rage

Not all such fusions are bad news, though. For example, tea patrons in Kolkata are now treated to Rosogolla Cha, which is a unique way of fusing two of the city of joy’s twin joys of cha and rasgulla, or rosogolla, as Bengalis would prefer calling it. The management of Chumuke Chomok, a popular tea café, concocted this unique offering, to please their customers, who kept asking, “What’s new?” While Nolen Gur, Green Chilli and similar teas were already on menu, in addition to the more common Kesar, Adraki, Masala, Lemon, Malai Kashmiri Kahwa, Rosogolla Cha was introduced, this summer to rave reviews from customers and TV/social media bytes. The tea served in an earthen kulhar comes with a rosogolla floating in it, mash it up or have it at a go, along with your hot beverage. Priced at ₹30, this one is here to stay, methinks.

Personally speaking, a fusion tweak to a classic dish, which was a pleasant dining experience, was my tryst with Hyderabad’s bandi dosas in Charminar, made famous by two names, Govind and Ram, who have both now opened outlets in the tony Banjara Hills.

Almost a decade ago, when I came across the fusion dosas for the first time, one winter morning on a food walk around Charminar, I was a bit sceptical about my dosa, sizzling hot and crisp as it was, being topped with tons of Amul cheese, butter and upma. I remembered thinking of too many flavours to be tackling at the same time, as it also had the gun power or Milagu Podi. 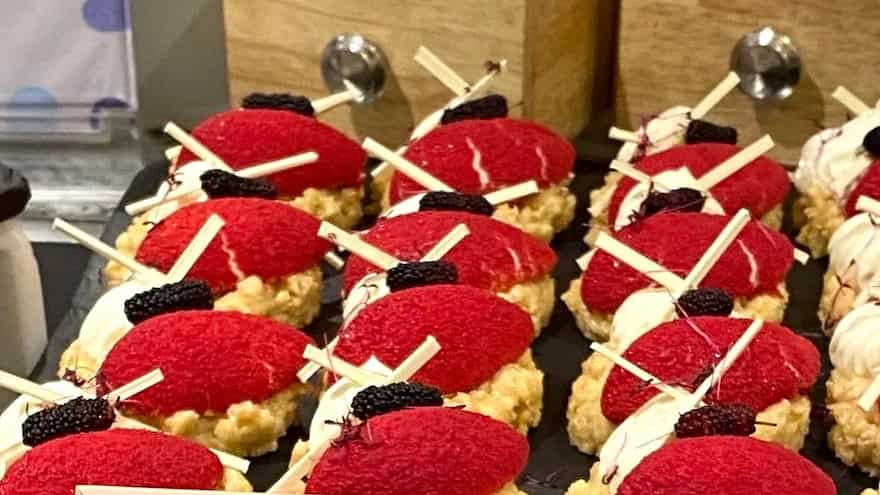 But the second time around, I was all game, almost craving for it. I could not bring myself to crave the Nutella chocolate version of course, because I don’t think I can dare to try in this lifetime though dosa with jaggery has been a staple for most of us.

When Farzi Café, considered quite an epitome of fun-filled epicurean dining launched its concept a few years ago across India, it met with mixed responses. Everyone was not quite gung-ho on Rice Dal Arancini or Parle G cheesecake. But as the concept unfolded bit by bit, acceptance gained ground and now it stands as a symbol of dining on familiar food with a surprise streak, which is more than welcome, at least to yours truly. 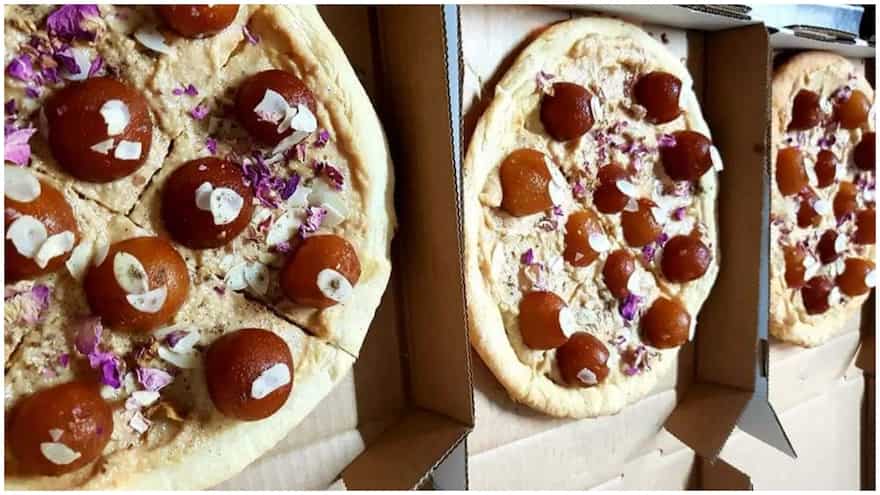 I don’t mind my Posh Maggi (Maggi noodles with some angrez vegetables like broccoli, asparagus, etc.) or for that matter my Shahi Haleem Risotto and I love their Asparagus and Water Chestnut Korma, served with fresh coconut appam. And who wants to end a meal with a done-to-death Khubani Ka Meetha with some cream topping? Give me Khubani Custard Apricot Ice cream, anytime.

Most of us would prefer innovative foods to the same old boring food, but that certainly does not include Chocolate Sauce Maggi or kachori sandwich topped with a watery dal. But like they say, to each his own. Amen.

About Author: Swati Sucharita is a Hyderabad-based journalist, food blogger and independent content consultant. You may write in at swati.sucharita@htmedialabs.com.

Baklava Cheesecake: You Can’t Have Enough Of This Fusion Treat

Ketchup Popsicle Is The New Fusion To Disgust The Internet

Papad Dosa: Would You Try This Crispy Fusion Food?