From Shahi Tukda To Double Ka Meetha: The Journey Of A Humble Bread Pudding

Said to be inspired by the English bread pudding, Shahi Tukda is a decadent dessert of India that has a come a long way. My first tryst with Shahi Tukda happened at the dessert counter of a buffet at an Indian wedding. If you’ve been to a big fat Indian wedding, you would be no stranger to lavish pavilions, fancy décor and a gigantic buffet spread. Here’s an honest confession, I love weddings because of the food and these extravagant arrangements make me excited because I know I’m up for some interesting dishes on the menu tonight. That day, there was not a single cuisine that wasn’t there for the guests to relish (at least that’s what it seemed). From European to Mughlai, you had live pasta counters on one end and kebabs being grilled on the other. After stuffing myself with the main course, it was time for dessert.

There were Danish pastries, tarts, mousse and what not, but my sister and I were eyeing on the piping hot gulab jamuns with some vanilla ice cream. Moving to the Indian dessert area we saw these triangle-cut slices with nuts sprinkled over them. Intrigued by what the name card said, we picked one Shahi Tukda each. One bite in and the crunchy bread laden with the sweet syrup made us fall in love with it, so much so, that we kept going back for more till our stomachs ached. 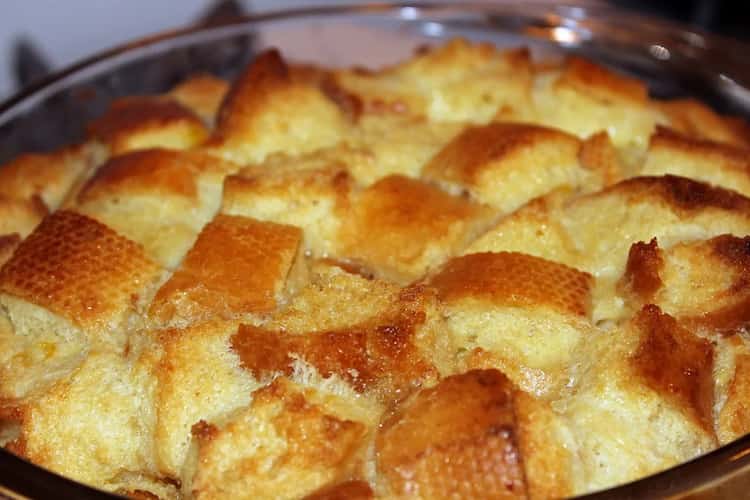 What’s so shahi about this tukda?

The name Shahi Tukda comes from Persian words, shahi meaning royal and tukda meaning bite. There are various stories to the dessert’s shahi connection. One plausible explanation states that it travelled from the Middle-Eastern countries and was brought to India during the 16th century with Babur, who had resided in those areas on his way. The dessert is believed to have taken inspiration from an Egyptian bread pudding called Umm Ali.

During the Ottoman empire, a Sultan was hunting along the Nile river. His group of hunters got tired and so they took shelter in a nearby village. To satiate their hunger, the local cook of the village grabbed some stale bread and got together things like milk, sugar and nuts. Thus, a baked dessert called Umm Ali was named after her. Another delicious pudding called Eish es Serny, hailing from the Middle-East is believed to have been a source of inspiration since it was also made using baked bread along with honey and milk.

What we eat today is called Shahi Tukda, brought to us by the khansamaas of the royal Mughal kitchens. Instead of eggs, the bread is fried in ghee and then coated with sweetened milk with hints of cardamom, rosewater, to be baked. This makes the bread fluffy and sweeter.

A close Hyderabadi cousin of this bread pudding is Double Ka Meetha which is derived from the words double roti that is used to refer to bread colloquially in the region. This draws a lot of similarity from the Shahi Tukda and you might think of them to be the same at first glance. However, it is the bread that makes the whole difference wherein a thicker bread is sliced in Double Ka Meetha and turns out to be fluffier than the Shahi Tukda.

While the Shahi Tukda has been festive favourite, especially during the month of Ramazan, the Hyderabadi Double Ka Meetha is a quintessential wedding dessert.

Jalebi To Halwa: Do These Indian Desserts Really Belong To Our Country?