Magic Masala: Jazz Up Your Curries With This Taste Enhancer

This spice mix can be easily prepared at home Like painting, dancing, singing, and sketching, cooking too is an art that demands perfection. And that can only be reached with the right knowledge of ingredients and perfect balance of spices. Spices are seed, root, oaks or barks of a tree or plant which are primarily used to enhance taste, add flavours and colour to the food. Spices found in India all across are similar but what makes the taste vary from region to region is the proportion of spices used.

For example, in the northern states, coriander powder dominates the curry, whereas in the southern region, a combination of cumin and mustard seeds would be found along with the tanginess of dried tamarind powder. Majorly, there are 10 primary spices used in Indian households ranging from cumin, fennel, coriander, mustard seeds, turmeric, pepper, garlic, ginger, and so on. A spice-mix recipe to add flavours in the curry is shared which acts as a substitute for other spices. 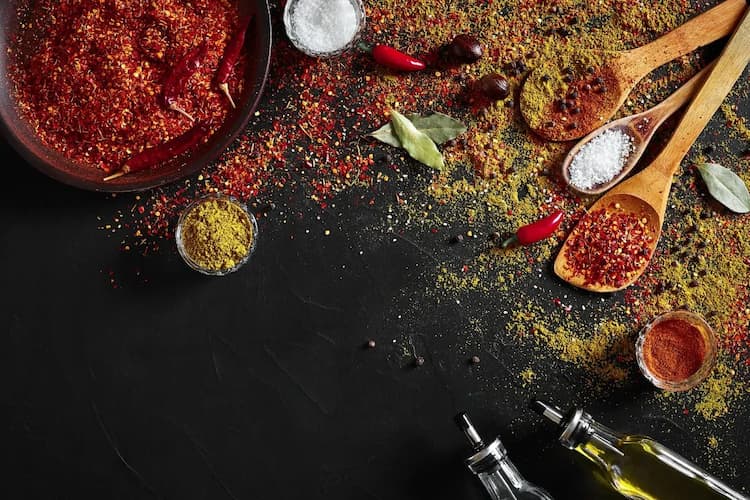 India is culturally rich with its cuisines and spices. This country contributes to 75% of global spice production and this is clearly visible through our culturally rich cuisines. It is very well known that the exploration by the Europeans in India during the early modern period happened due to the demand of spices in the European countries and they found a profitable business because of the rich spices which were grown in India.

Therefore, the spice trade developed throughout the Indian subcontinent and in the Middle East and East Asia. This encouraged economic and trade relations between countries. Spices were believed to act as food preservatives apart from enhancing the taste. Dadis and nanis in almost every Indian family used to add extra oil and salt in the pickle so that they could be preserved for longer. Here’s the recipe for a spice mix that can enhance the taste of your curries.

•    Add the fenugreek seeds and roast it for 30 seconds.

•    Turn off the gas stove and let the spices cool down.

•    Grind all the ingredients.

Fry Dry Soya: A Blend Of Protein And Kerala Masala

Not Your Regular Brinjal Masala