Koli Cuisine: A Gastronomical Affair Wrapped In The Arms Of Mumbai

This culinary trail traces its origin to the maya nagari’s Koli community. 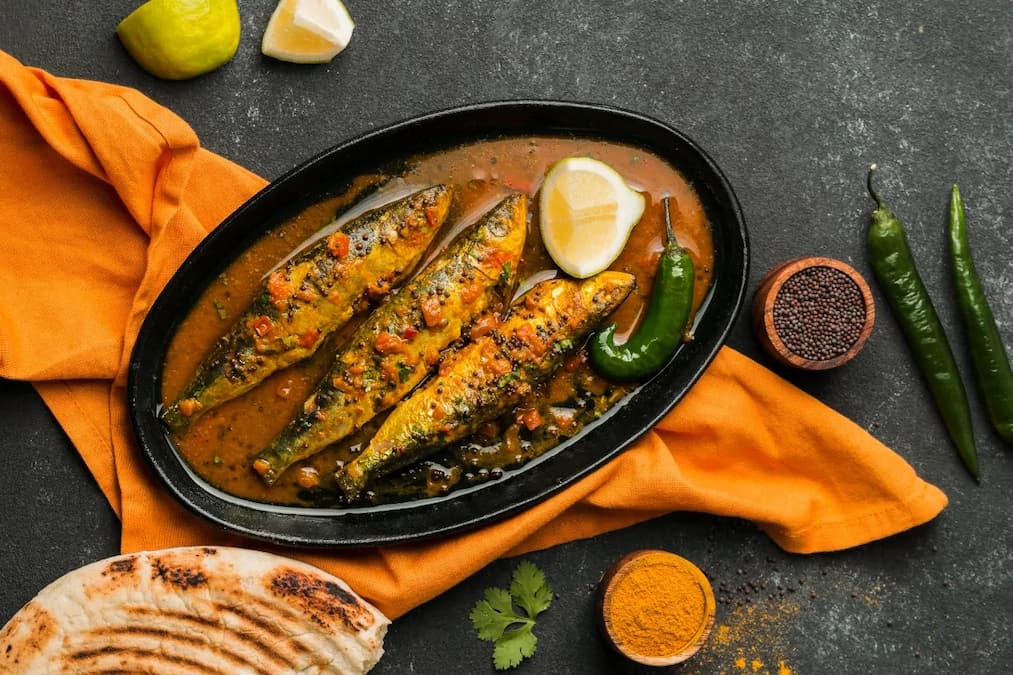 As a kid, whenever I thought about Mumbai, the picture of pretty girls draped in green sarees, with a juda and carrying a basket of dry fish would be the first to cross my mind. Well, I am not the one to blame for this, as a sensational Bollywood song featuring Madhuri Dixit made me picture Mumbai as I did. The way Mumbai was portrayed in the peppy number, Humko Aaj Kal Hai, truly appealed to me. The two coastal states - Odisha (the place I was brought up in) and Mumbai (the place I dreamt of going to as a kid) - were the only ones I knew as a child. Although I grew up to know that Mumbai is the ‘City of Glam’, the image of the coastal, fish-catching port city somehow stayed with me. With time, I came to know that the song portrayed the Koli community in it.

For the unversed, the Kolis were the original inhabitants of Mumbai and were primarily fisherfolk. As we are a tribe of foodies here, it’ll be fair for us to go straight into the culinary habits of the Kolis. Quite evidently, fish and other kinds of seafood are the primary elements of the Koli diet. The community feasts on the different varieties of seafood throughout the year. Even if they include vegetables in their diet, they don’t prepare them separately but add the veggies to their seafood curries.

While speaking with the mother of one of my friends from Mumbai, she mentioned that the Koli diet mainly comprises rice, dried fish and an ambat (sour and tangy) curry. Most of their curries have a special masala prepared by them - kala masala (made up of  black pepper, cloves, cinnamon, black cardamom, poppy seeds, black sesame seeds and red chilli powder). The popular Koli savoury foods are Prawn Koliwada, Teekhat Moong Dal, Gaboli, Stuffed Pomfret, Solkadhi, Tisrya Masala and so on.

The Koli community largely feasts on the tropical ingredients - bananas and coconuts being the prime. When it comes to desserts, the community is famous for its version of modaks - Undre. Karaunjis or Punyas are two other famous desserts that the Kolis savour.

Are you tempted enough to try Koli food on your next visit to Mumbai? Do let us know how you like it. Until then, don’t forget to try the delicious recipes that we have in store for you.

Feast on Burj Khalifa Dosa at This Mumbai-Based Eatery