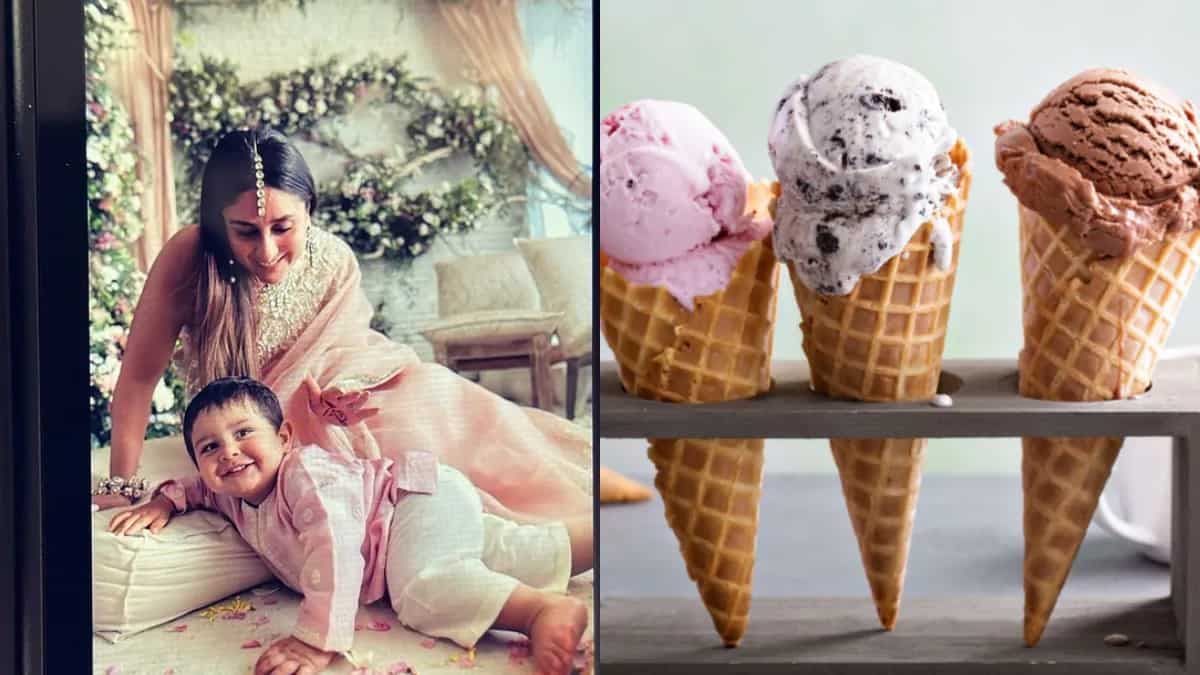 There can be no better way to bond than food when you’re a foodie family. The Kapoor khandan of Bollywood is well-known for its luxurious lifestyle and elaborate celebrations with lavish feasts. One such foodie is Kareena Kapoor. While the actress tied the knot with Saif Ali Khan, who belongs to the royal family, both are self-confessed foodies. Seems like this passion for food has been passed on to younger generations too as Taimur was seen enjoying gelato with his mother recently.

Kareena is currently vacationing with her husband and sons in UK. This weekend, while strolling on the streets, she posed against a pale yellow wall while licking her gelato ice cream with her son, Taimur by her side. The actress posted three consecutive stories on her Instagram, showing us the how the gelato eating gets messy with time. Both mother and son are holding their ice creams in hand and it begins to melt gradually. Taimur is also seen struggling with his ice cream cone as it melts very fast. Kareena captions this saying, “Messy Gelato series with Tim”. It is hilarious and adorable at the same time. Both the mother and son seem to be enjoying this messy eating session. In fact, this isn’t the first time that Kareena has shared her indulgences from her vacay. Earlier too, she shared glimpse of a pot of biryani that she was devouring while later, Saif was seen cooking in the kitchen for friends on a Sunday afternoon. She even revealed her favourite coffee place in London i.e. Pret A Manger, while sipping a cup of coffee outside the café.

Just a few days back, both sisters, Karisma and Kareena were giving us breakfast goals in London. While the former was having a sweet French toast, the latter was enjoying her buttered croissants and a cup of tea during her vacation. Seems like Kareena Kapoor is having the time of her life with close friends and family in the UK, giving in to all her cravings one after the other.