Jouzi Halwa From The Streets Of Hyderabad

If you want anything different than only biryani while you're in Hyderabad, a Turkish dessert called jouzi halwa is exactly what you need Every nook and cranny of Hyderabad's Old City is full of tales to be told, many of them are mouthwatering tales that quickly make you hungry. The food here reeks of heritage, history, and tons of fat! Every store is at least 50 years old, and while the signboards may be fading, the culinary delights are unrivalled. As much as Hyderabad is known for its Hyderabadi dum biryani, it is also well-known for its traditional desserts, including apricot sweets and cucumber mithais. Additionally, the Hameedi Confectioners' Jouzi Halwa, a Turkish dessert, is just what you need if you're in Hyderabad and seeking something other than only biryani.

Although a plate of the rich, sweet dish called Jouzi Halwa may not appear to be very large, finishing it is a difficult task. Jouzi is a richer version of paalkova that is bright crimson in colour, sweeter, and much heavier. It is topped with cashew nuts and silver foil.

This specialty treat is not for the faint of heart. It is made with a lot of ghee, sprouted wheat flour, milk, saffron, a particular spice, and nuts and is cooked on a low flame. The nutmeg or jauz spice that is added to this halwa gives it a very distinctive flavour. The fact that this halwa has multiple layers of flavour and is low in sugar is its best feature. Here is a recipe for Jauzi Halwa that you can make at home even if you might not be able to have one in Hyderabad. 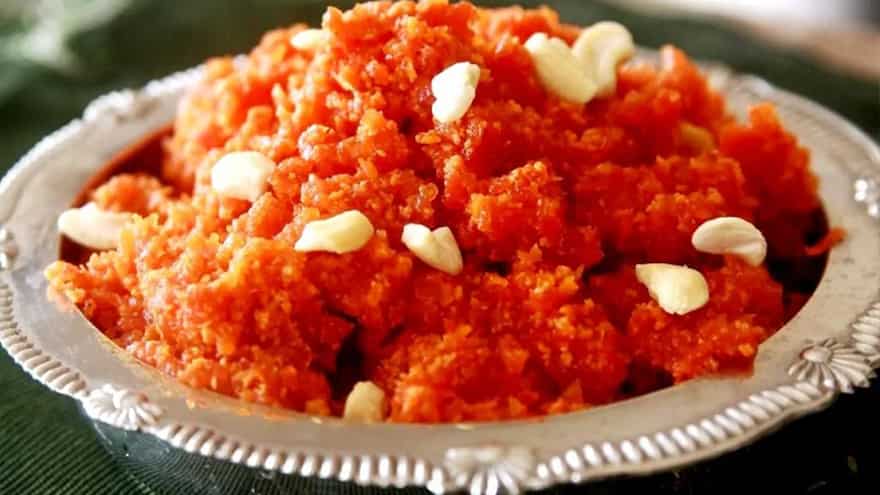 Chop the nuts, soak the saffron in 1/4 cup of milk, and grind the nutmegs into a fine powder. Heat a heavy-bottomed pan, add the milk, and sprouted wheat flour. Combine thoroughly, and then stir occasionally as it boils. Stirring often while cooking on a low flame allows you to scrape the milk solids that have accumulated on the pan's sides and incorporate them into the milk. Keep stirring constantly to achieve a granular texture as the milk begins to thicken and decrease. Add the ghee, sugar, saffron mixture, food colour (optional), and nutmeg powder to the milk until it reaches the consistency of condensed milk, stir well, and cook for two to three minutes on low heat. Now incorporate the chopped nuts while keeping some for garnishing. For about 4-5 minutes, roast the halwa while stirring often, or until the fat separates. Add chopped nuts and some pure ghee as garnish to the Jauzi Halwa. Varaq or silver foil are further options for decoration.

Comparatively speaking to the original, we have used less ghee. You can make it up to one-third cup.

To achieve the ideal granular texture, cook the halwa on a very low temperature while stirring often.

Instead of using orange food colouring for the yellow tint, use turmeric powder.