Bread? Good. Cheese? Great. Bread and cheese? A gift from the heavens. When you’re looking for that perfect mid-afternoon snack it’s often hard to figure out exactly what will hit the spot. Brazilian Cheese Buns or pão de queijo as they’re known in Portuguese are guaranteed to do the job, no matter what time of day. Crunchy on the outside but soft and chewy inside, this moreish cheesy snack is easy to make in bulk and freeze well for unlimited snacking later.

Made with cassava flour or tapioca flour which was much more commonly used in Brazil until the beginning of the 20th century because until then wheat flour was imported, expensive and of questionable quality. Hard cheeses like parmesan were favoured for this recipe for their low water content. Some things are known about the actual origin of the bread itself but most historians place its first record around the 18th century in the state of Minas Gerais which has a high production of milk and cheese.

Also Read: Your Introduction To The World Of Brazilian Food

These addictive little buns have the texture of choux pastry and a very similar cooking process too with the flour being cooked out before the dough is formed. There are slight differences between the tapioca flour and cassava versions due to their different starch levels since cassava flour is made using the whole root, while tapioca flour only uses the starchy pulp. However, this recipe is designed for a high starch base and won’t work properly with regular flour.

Whip up a big batch of these delectable buns whenever you’re feeling peckish and enjoy the indulgence of a gooey bite of bread and cheese. 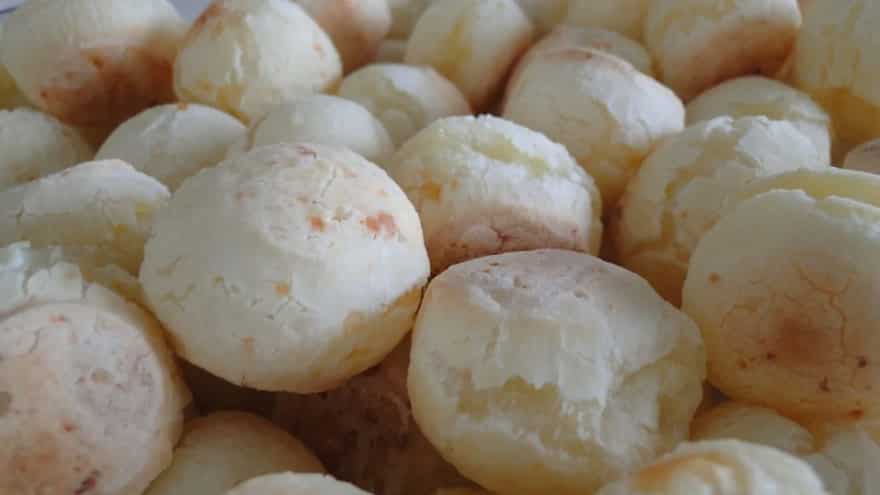 Instead Of Cornstarch, Try These 3 Flours