How To Make Authentic Thai Green Curry At Home

No need to order in when you have the secrets to restaurant-quality Thai curry. India may be the home of curry but most Southeast Asian countries have adapted it and created their own regional specialities. Dating back to around 2500 B.C., ‘curry’ is actually an Anglicized version of the Tamil word ‘kari’ and as traders and settlers visited India from places like Japan, China, Portugal, and France, they spread the love of curry throughout the world, including Thailand.

In Thai, curry is referred to as gaeng (which can also be written as kang, gang, or geng) and in English translates to any wet, savoury dish that has been flavoured and thickened by a paste. The most popular Thai curries are green, red, yellow, panang and massaman and all of them start with a basic curry paste with shrimp paste, garlic, onions, pepper, kaffir lime and lemongrass. The major differences arise when picking which chillies to use which will subsequently decide the heat level of the curry and its final colour.

Also Read: The Tale Of Thai Red Curry And Types Of Thai Curries

Thai green curry was first recorded in 1926 in a local cookbook but the use of chillies in Thai cuisine dates back to Christopher Columbus who discovered chillies in South America, and brought them to Europe where Portuguese traders introduced them to their Asian colonies of which Thailand was one. The signature green colour comes from the use of the green bird’s eye chillies whereas the other curries tend to use dried red chillies.

There’s a misconception that the green colour comes from the use of coriander leaves and although it’s slowly crept into popular belief, a traditional green curry rarely includes coriander, and if it does, only the stems are pounded into the curry paste, not the leaves.

As a dish, Thai curry has far outstripped other dishes from the country in terms of popularity. The use of coconut milk and occasionally palm sugar dull the spice of the chilli and appeal to western palates as well as Asian ones. Every Thai restaurant across the price spectrum is sure to feature this dish in some form or the other. And the great news is, that even though it seems complicated to make, it’s actually very simple. All you need is a few good Thai ingredients which are easy to procure online these days and you’re all set to bring a taste of Thai culture into your own kitchen. 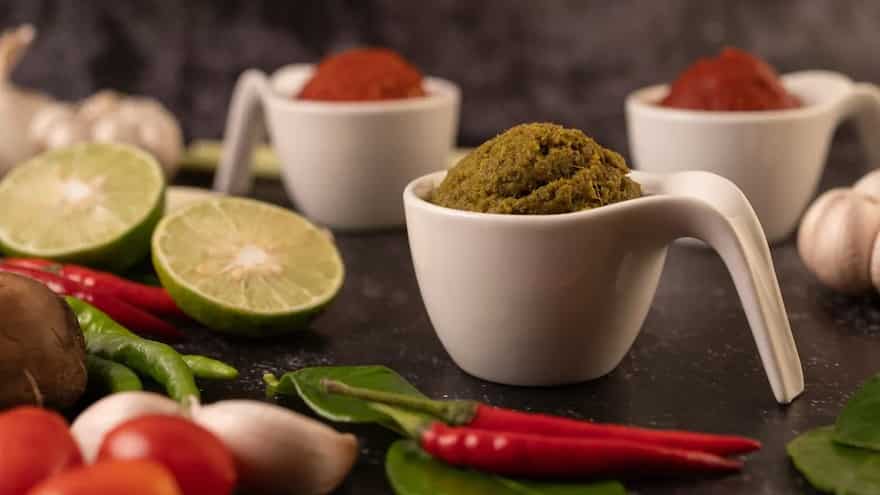 6 Types Of Thai Noodles You Should Try