History Of Ramen Noodles: A Perfect Bowl Of Goodness

From being an economical dish during the period of World War II to becoming one of the most popular go-to food, here's the journey of ramen noodles Instant ramen noodle is one of the most popular go-to meals for many across the world. Be it eradicating the 2 o’clock hunger while studying for semester exams during college days or the pressure of submitting assignments before the deadline, ramen noodles have never left our side. From the salty, spicy and rich flavours, to the soupy broth and meat-rich stock, the can be made in a variety noodles of ways. Though other instant noodles have started dominating the market but ramen is continues to be a popular choice. 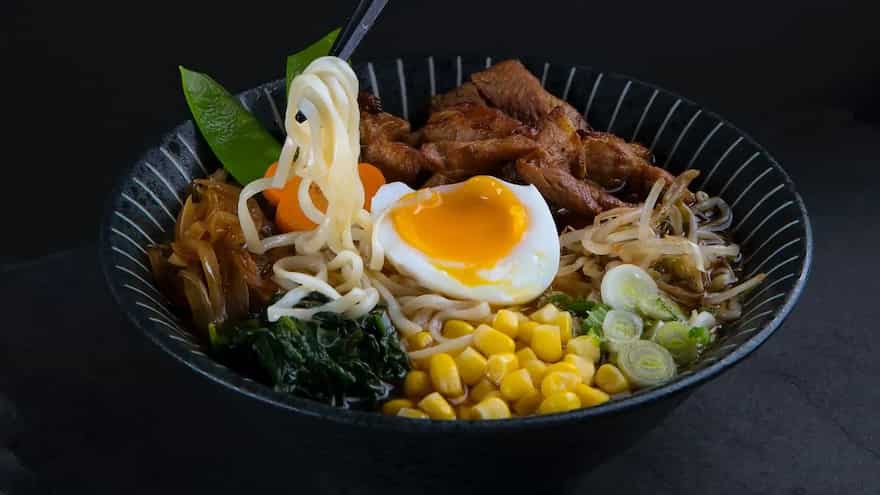 Ramen is a Chinese-origin Japanese noodle dish, consisting of Chinese-style alkaline wheat noodles, served in a meat-based broth and often flavoured with soy sauce or miso. It uses toppings such as sliced pork, nori, menma, and scallions. Ramen has evolved as a milestone in modern Asian cuisine. Many changes have been made to it over the years but it continues to enjoy the same love. Originating from Asia, ramen is now loved all over the world, becoming an important part of everyone's daily diet.

A Glimpse Of Ramen’s Origin

Ramen is Chinese in origin. The name was initially used for two other dishes, named Chūka Soba and Shina Soba meaning ‘Chinese noodle’. Japan only co-opted the term in the late 19th century, when the country was going through an industrial revolution. But World War II destroyed the first- wave popularity of ramen. There are lot of other theories debate about how ramen came to Japan.

The Foundation Of Ramen Instant Noodles In Japan

Momofuku Ando, founder of Nissin Company of Japan invented ramen instant noodles in 1958. He did the entire noodle manufacturing process by himself. His invention had a shelf life, longer than the frozen noodle. According to Ando's autobiography, a night after World War II, he saw a small food stall selling ramen in Osaka. The huge demand for it in the line of the food stall made him decide his goal. But he did not want it to be noodles that lacked flavour, so he focused on making noodles tasty, economical and easy to cook. Ando took a second-hand noodle making machine and a large pan. Using a watering can, he poured the soup into the noodles, kneaded them by hand and left them to dry.  Due to this, the outer part of the noodle absorbed the soup. After this, he dried the noodles again so that they are ready to eat as soon as hot water is added.

World War II was over and people were starving in Japan.  According to an article by a leading media publication, between 1953 and 1954, the production of wheat in America increased significantly and America sent this wheat to Japan, Korea and Taiwan as a help. The Japanese government encouraged the countrymen to make bread. It was at that time Ando met the Ministry of Health and suggested his idea of instant ramen noodles. In the 1950s, Ando treated Japanese hunger by making ramen instant noodles. In order to eat it, bowls and chopsticks were found in every house, shop, stall in Japan. This was not the end. Ando once saw an American supermarket manager break a noodle and put it in a coffee mug and eat it.  After this his company developed cup noodles and also got the packaging patent in 1971.

This economical dish gave a great future to ramen in the world market. Ramen had only been around for more than a century in Japan, and today it is one of the most popular dishes in the world. It is prepared in family homes, there are thousands of instant versions and it is a common meal for everyday life. There are also famous ramen restaurants with secret recipes and their presence in the market is constant.