Do you ever stop to think of a tiny, bite-sized snack like sev and wonder how it was made? Rarely does anyone. Moreover, if you’re told that something as basic as namkeen has an interesting history, you would find it hard to believe. Fortunately, this holds true for the Ratlami Sev. Accorded with the GI-tag in the year 2015, this sev belongs to the Ratlam region of Madhya Pradesh.

Sev, for the unversed, are small, bite-sized noodles made from flour dough and deep-fried so that it turns crispy. Little did one know that this tiny piece of sev would become a sensational snack one day, without which dishes like poha would feel incomplete. Today, you’ll find scores of sev with a variety of flavours but the original one traces back its roots to Ratlam.

Did you know that Ratlami Sev was born during the Mughal period out of accident? The tale dates back to the 19th Century when the Mughals were travelling across the region of Madhya Pradesh. En route their tour, they felt hungry and craved for seviyan. While the sevaiyaan is usually made with wheat, there was no availability of this crop in the region at that time. 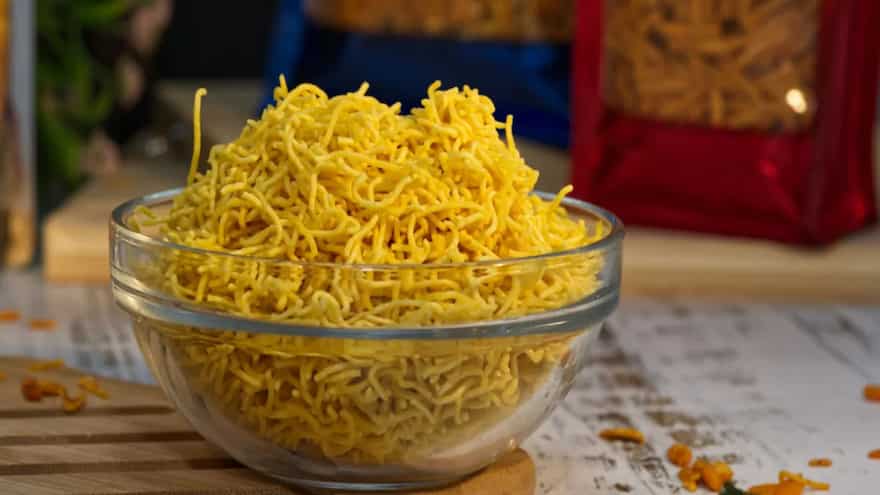 Since the Bhil tribe occupied the region of Ratlam during that time, the Mughals asked them to prepare this crunchy snack for them. With no wheat, the Bhil tribals used gram flour instead. It is said that the sev was initially named Bhil Sev, given to the creators of the snack. However, later, it attained the name Ratlami Sev. The 200-year-old snack began to be produced in mass quantities only in the 1900s and by 2015, became one of the few GI-tagged items of India.

For the unversed, GI refers to a geographical indication tag and Ratlam was the first place where sev was developed for the first time, which is why Ratlami Sev was given this status. Not just the origin story and association with Mughals, the Ratlami sev is also considered special because of its taste. As already established, the sev is made from gram flour but it is the use of certain spices and ingredients that lend it a distinct taste. These include cloves and pepper. In addition to this, carom seeds are added to the sev for flavour. The texture of this sev is also quite delicious, giving you a crunchy and soft bite at the same time.

How To Make Street Style Sev Puri At Home